How Music Affects People and Animals

Music, it seems is hardwired within us. From the time we are infants, the fetus develops an auditory system at about 17 to 19 weeks. inside the womb, the fetus is surrounded by the sounds of the mother’s heartbeat, pulse, and breath, all natural rhythms of the body. . Music stimulates more parts of our brain than any other stimuli. Music is powerful and it penetrates our bodies, our minds, and our souls. Music truly does move us.

Now science is learning that animals also respond to music.

Cows find music relaxing. How do we know this? Well it’s not because they are dancing in the fields or listening to their iPods. Researchers have found that cows actually produce more milk while listening to certain music.

It was found while playing classical music, cows will produce a little more than an extra pint of milk.

In the United Kingdom, psychologists, from the Music Research Group at the University of Leicester School of Psychology, Dr. Adrian North and Liam Mackenzie, played various tempos of music to herds of Friesian cattle at LCAH Dairies in Linconshire and Bishop Burton Agricultural College in Humberside. Using a thousand cattles, the study played fast, slow, and no music for twelve hours a day over a nine week period.

The biggest hits were Beethoven’s “Pastoral Symphony” and Simon and Garfunkel’s “Bridge Over Troubled Water”. Each of the cow’s production of milk increased by three percent, or a little over a pint and a half, when they played slow music as opposed to no music or fast music.

This research was conducted as part of an ongoing study about human behavior and the effect of music.

How Cows Respond to Music

The cows only produced more milk when the music was relaxing. If the beat was too fast, there was no increase in the amount of milk produced, and in fact, it was just very slightly less than when there was no music. The researchers believe calming music is actually relaxing to the cows too and reduces their stress level. Fast music was defined as beats faster than 120 beats per minute. Slow music was slower than 100 beats per minute.

Some farmers are trying this approach with chickens, and seem to believe it works to reduce their stress levels too.

Future research is looking into whether music will work the same way on other animals.

This study was conducted in 2003. In an earlier study done in 1996, it showed cows were also influenced by music. The farm had automatic milking machines where the cows would walk themselves over to the milking equipment. The research study played music over a few months period. It was observed that more cows showed up to be milked when the music was played, than when it wasn’t played. The cows began to associate music with milking, similar to Pavlov’s dog’s conditioning study.

The 2001 study showed that cows actually have a preference for certain types of music. The theory believed is that faster music may increase a cow’s stress level and can affect the amount of milk a cow would produce. Faster music did not decrease the milk levels.

Other studies have shown that yelling at cows and aggressive handling of them also decreases a cow’s milk production. For a farmer, an increase even as small as three percent, over the year, can make their milk production that much more profitable without any additional investment, except for stereo speakers.

On a farm in India, near Pune City, they also found that playing calming music to their cows boosted milk production. They installed soothing classical music in the bar and they saw their milk production increase also. The director of the farm, Parag Shah believes the idea of playing music to the cows comes from a mythological story where Lord Krishna had played the flute to the cows and they would be attracted to him. 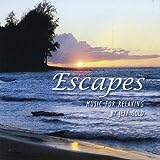 In another study done by the University of Wisconsin at Madison, there is some proof that other animals respond to music. A cellist with the National Symphony Orchestra created four songs for a small monkey called the Cotton Top Tamarin, which lives in Central and South American rainforests. Two songs were heavy metal like songs that were designed to agitate.

Two songs were created to be calming, similar to a ballad. The cellist recorded the songs with his cello, and then speeded them up to match the monkey’s vocalization. The songs were played to the monkey at the human speed, and at the monkey speed.

These findings may show that our need and desire for music may belong to our evolutionary history.

In a study done at Colorado State on the musical preferences of dogs, the researchers exposed dogs to 45 minutes of music three times a week for four months. The dogs were living in animal shelters and kennels. They played heavy metal and classical music to the canines. The dogs showed an increase in barking and shaking when heavy metal music played, which the researchers thought indicated more signs of anxiety.

When they played the music of Beethoven, Strauss, and Bach they noticed the dogs tended to sleep more and bark less compared to controlled silence.

The researchers are looking at the idea that music played in certain stressful situations for people may proved the effect. They are also looking into the idea that there may be dog friendly music that may calm a more hyperactive dog down.

In a 2011 study done by Indian scientists, they found that sitar music affected the memory of chicks who were able to previously run a maze, now had more difficulty than when there was silence.

Rats, seem to prefer silence too, according to Albany Medical School. The researchers put rats in two separate compartments, one with music and one with silence. When the rats were given a choice, they chose the silent compartment. When they were placed in compartments, both with music, one playing classical, the rats chose the classical music as opposed to other music.

There is a theory called the Mozart Effect, although controversial, proponents believe that Mozart’s music makes a person smarter and enhances short term reasoning. In 2005, researchers at the MIND Institute placed mice in a maze and exposed them classical music for ten hours a day for ten weeks. They played Beethoven and Mozart. When the mice ran the maze after Mozart’s music, they negotiated the maze quicker than the mice that heard Beethoven’s music.

The original research for the Mozart Effect, in 1993 found that college aged students performed better after they listened to a Mozart sonata compared to repetitive relaxation music or silence. The effect was temporary, only lasting about 15 minutes. Follow up studies have found no evidence that Mozart music increases our cognitive ability.

It is believed that music can influence a person through environmental stimuli. Music may also help increase productivity. It taps into our emotional center in our brain and music can most definitely influence our mood. We generally are able to be more productive when our mood is more positive The tempo and speed of music influences certain type of brain waves.

There are four different kinds of brainwaves. We have beta waves, alpha waves, theta waves delta waves. These waves are measured in hertz. Beta waves occur when we focus on daily activities and experience strong emotions. Alpha waves exist when we are having either calmness or heightened awareness. Theta waves are activated when you are meditating, sleeping, creative or inspired. Delta waves happen when we are in a deep sleep or a deep meditation. Faster music helps us feel more energized and increases our awareness.

It engages our minds, arouses our emotions and gets our heart beating faster. The slower our brain waves are, the more relaxed we feel. Slower music calms and relaxes us. Different beats of music can make our brain waves alternate between alpha and beta waves most often, but a type of music known as Shamanic drum beat can shift into our theta waves. Various music types can activate different brain waves, which will make us react differently. Listening to music that is relaxing is a proven way to reduce stress.

Music is an important aspect of our lives. Scientists who study man, don’t know why we love music. They can only make some suppositions that music may serve as a bonding emotion for a community of people. 1 in 25 people have amusia, a condition that includes things like being tone deaf to a complete inability to enjoy music. Some people are born with amusia, and some people will get this disorder from a brain injury.

It seems when the primary auditory cortex and the frontal lobe of the brain are damaged, this condition exists. These regions are in different areas of the brain but they may have something to do with how we tie a melody and music together.

Why Does Music Get Stuck in Our Heads?

Do You Believe Animals Are Affected By Music