Swedish heavy metal band In Flames that made a name for itself in the 1990’s through 2000 with great songs as Moonshield, The Jester Race, and Only for the Weak, has as of 2016 still shown that they can be good even with more electronic style sounds in their 2016 album called Battles and as of 2022 that is where we will shift our focus to so as to simplify things a bit.

In 2016, drummer Joe Rickard replaced Daniel Svensson on drums and their album Battles was recorded in Los Angeles. How does this album contribute to the band’s greatness? The band was already great and even though there are now harsh shouts and cleaner vocals instead of death metal growls, the band still continues its tradition of addressing topics such as broken relationships as is the case with the first song Drained or songs about questions surrounding the end of human life such as the melodic song The End. The melody is still there but the vocals are cleaner. Give these guys a chance and you’ll be saved at least from an emotional standpoint. Life is precious so perhaps writing about this band will make some fans see the positive power of music. In Flames can be considered a band that has strengthened the European music scene and provided three decades of musical brilliance. So even if it seems like the world is against us like it suggests in the song Like Sand, persist and you will survive in some fashion.

In Flames and the European Heavy Metal Scene

The Song Called "Here Until Forever"

Genre: melodic modern metal with traces of the rough vocals by Anders Friden

Personnel for the album Battles

“Drained” is a song about how a relationship went wrong because the other person caused their partner’s heart to be “ripped out” metaphorically speaking. “Like Sand” has one of those memorable beginning parts that sets the foundation. Lyrically, the person described wonders how he ended up in his current predicament. He feels like he is being sucked into the quicksand of despair.

In the later albums, In Flames has used more electronics instead of the intricate melodies that we heard on the first five albums. An example of the electronic sound is in the song The Truth. In the song called In My Room, lyrically we are introduced to the story of a person that is behind the wall in his room, yet he remains out of touch with the world being unable to sympathize with others. The song tells us about how human nature functions in the world. The song "Battles" might as well describe what really matters in life. Pain is no one’s friend while a true friend is priceless. We might as well enjoy our lives fully before it is taken away (our eventual death and demise). Here Until Forever is a relationship song that describes someone that is really missing the love of his life because without her, he feels like he is in a total mess. He will always be there with her even in spirit. Wallflower is a song about a person that looks at himself and wonders what he will do if his dreams don’t become a reality. Would he reconsider what he has done in his life? He wants to have his voice heard and make a difference in the lives of others. Even the album Battles is pretty darn good having solid songs such as the mentioned Wallflower, The End, Like Sand, and Here Until Forever. The bottom line is that In Flames is not only one of the greatest Swedish metal bands ever, they are one of the best metal bands period. Songs such as “Through My Eyes” show that there are still traces of those heavy growls by Anders Friden. However, the approach is more melodic vocals and vocal harmonies thus making Battles a more modern metal album. Every metal band changes to some degree in their career and In Flames is no different. This is still very much a metal music album and for some fans, it isn’t melodic enough. A true fan of this band will be able to appreciate Battles as an album that shows the band’s musical evolution leading them to where they ended up musically.

A Map of Gothenburg Sweden, the Birthplace of the Band 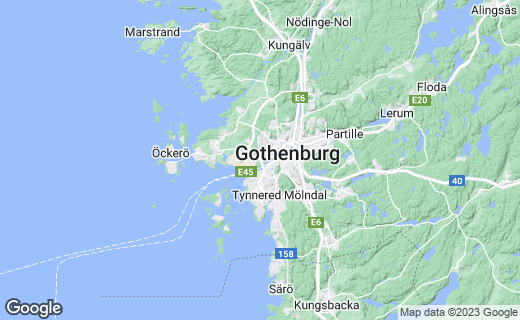