How to Enjoy the Beatles

Now that the complete Beatles music collection has been reissued in digitally remastered form, you can enjoy the Mop Top Four as never before. Ah, but where to start? And what to listen for? Let me introduce to you the one and only (four and only?) Beatles — and you too will hear why they are, and will continue to be, the greatest pop/rock group ever (they even rock rickzworld).

Start with their voices — John, Paul and George in unparalleled harmony on John’s composition ‘Because’, released on vinyl on the Abbey Road album in 1969. Check out the a cappela (voice-only) version of that song, from the Anthology 3 CD package (disc #2), released in 1996, to sense the seamless melding of their voices. Each of their three vocals were triple-tracked in studio, creating a powerful and haunting chorus of nine meshed voices. Listen to a slightly spaced-out version of the same vocal track at the beginning of the Las Vegas Mirage Hotel show, ‘Love’, or that show's companion CD issued in 2006. You should also listen for and experience the Fab Four's amazing range of vocal styles: John Lennon’s fierce and ragged ‘Twist and Shout’ (appearing on the album Please Please Me, in the U.S. in 1963); Paul McCartney's straight-out rave rocker 'Helter Skelter' (on The Beatles, aka The White Album, of 1968); George Harrison’s sweetly plaintive ‘Something’ (appearing on the Abbey Road album in 1969); and Ringo Starr’s (Richard Starkey's) jaunty country take on ‘Act Naturally’ (on Help!, released in 1965).

Go on to marvel at the innovations: the first concept album, Sgt. Pepper’s Lonely Hearts Club Band (1967), which deserves a listening from start to finish, preferably with headphones, to fully experience the space and depth of premier stereo recording. The first intentional use of feedback introduces ‘I Feel Fine’ (Beatles ‘65, 1964), and the first use of a synthesizer — a mellotron — introduces ‘Strawberry Fields Forever’ (Magical Mystery Tour, 1967). A rather novel eight-string section provides the sole music for ‘Eleanor Rigby’ (1966), and a harp complements strings as the sole musical backdrop for ‘She’s Leaving Home’ (Sgt. Pepper’s, 1967). The first music videos promote ‘Paperback Writer’ and ‘Rain’ (1966), while the first occurrences of reverse-recording are present in ‘Rain’ and ‘Tomorrow Never Knows’ (Revolver, 1966). George’s ‘It’s All Too Much’ (Yellow Submarine, 1967) is one of the best examples of full-blown psychedelia, while John’s ‘I Am the Walrus’ (Magical Mystery Tour, 1967) is the epitome of image-laden wordplay. The Beatles were the first group ever to fill a stadium (Shea Stadium, New York, 1965) and the first to play for a worldwide audience via satellite broadcast, with ‘All You Need is Love’ (Magical Mystery Tour 1967).

Next, try not to forget that The Beatles began as a ‘boy band’ — a cute and cuddly group of mop-tops to be swooned over by thousands of screaming teenage girls. Beatlemania sprang from their freshness, their dynamism and their creativity. To feel the tremendous energy of their initial sound, go back to April, 1964, when five of their seminal songs occupied the top five Billboard slots in the U.S., a feat never repeated: ‘Please Please Me’ (Introducing The Beatles, 1963), ‘I Want to Hold Your Hand’ (Meet the Beatles, 1964), ‘She Loves You’ (The Beatles Second Album, 1964), ‘Twist and Shout’ (Introducing the Beatles, 1963) and ‘Can’t Buy Me Love’ (A Hard Day’s Night, 1964).

Now listen to their individual voices. Let Ringo take you to another, more carefree and joyous world with ‘Octopus’ Garden’ (Abbey Road, 1969). Experience John’s pain of loss and rejection as embodied both in ‘You’ve Got to Hide Your Love Away’ (Help!, 1965) and ‘Mother’ (John Lennon/Plastic Ono Band, 1970). Allow George’s optimism to show you a brighter day in ‘Here Comes the Sun’ (Abbey Road, 1969). Listen to Paul’s mellow ballads preaching patience and forbearance: ‘Hey Jude’ (Hey Jude - The Beatles Again, 1970), and ‘Let It Be’ (Let It Be, 1970).

The very best of The Beatles’ songs capture a rush of emotion and imagination within a distinctive, crystalline essence. They become anthems for particular moments in time: ‘Hello Goodbye’ and ‘Penny Lane’ (Magical Mystery Tour, 1967), ‘Here, There and Everywhere’ and ‘Good Day Sunshine’ (Revolver, 1966), ‘Revolution’ and ‘Ob-La-Di, Ob-La-Da’ (The White Album, 1969).

To feel the mastery of The Beatles music-making craft at its apogee, listen to the entire second side of the Abbey Road CD (1969). From it’s opening of ‘Here Comes the Sun’ through the astounding medley of ‘Mean Mr. Mustard’, ‘Polythene Pam’, and ‘She Came In Through the Bathroom Window’, and into the coda of 'Carry That Weight' and ‘The End’ (and yet farther on, ‘Her Majesty’), that 20+ minutes exemplifies some of the most innovative, progressive, melodious and well-crafted pop/rock music you are ever likely to experience.

It is no wonder, then, that The Beatles have sold more records, albums, CDs, tapes, films, videos, DVDs, memorabilia (and now, Vegas show tickets) than any other musical group in the history of the world. 'Yesterday' has been both recorded by more artists, and played more times around the globe consistently for the last 45 years, than any other tune in history. The Beatles changed the very nature of pop/rock music as an art form and as a business, and in the process changed generations of listeners, and society the world over.

For rarities, alternate takes, background information and a sense of The Beatles as individuals and as artists, both The Anthology CDs and the accompanying Anthology book are rich sources. 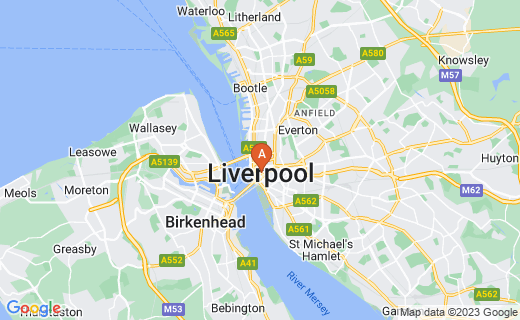