How to be Single

How to be Single: The Book 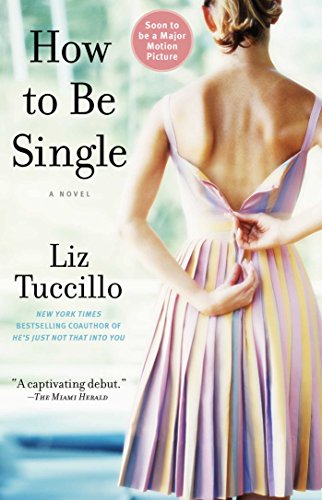 How to Be Single: A Novel
From the coauthor of He’s Just Not That Into You and a former story editor for Sex and the City, How to Be Single is about one woman’s attempts to navigate a world filled with ever-evolving definitions of love.
Buy Now

the eponymous novel by Liz Tuccillo, There’s a right way to be single, a wrong way to be single, and then...there’s Robin (Wilson) knows precisely how to be, and stay single. Robin knows that New York City is an endless party city that is just chock-a-block full of lonely hearts seeking the right match. So, Robin knows that — be it a love connection, a hook-up, or something in the middle — Robin is ready to be at the very center of whatever fun is going to happen (and if there is no fun, she is more than willing to arrange to start it. Also existing in this happening Big Apple party are Alice (Johnson), her older sister, Meg (Mann), Lucy (Brie), Tom (Anders Holm), and David (Damon Wayans Jr.). All of these single folks are at various stages of being single, some are looking for true love, while others are looking for a random night of carnal coitis.

How to be Single; trailer

Being Single in the Big City

So, somewhere between the sexting, the boozy one-night hookups, and crying into their double chi laté green tea, what these young unmarrieds all have in common is the need to learn how to be single in a world filled with ever-evolving definitions of love. Sleeping around in the city that never sleeps was never so much fun. So what we have is a bunch of millennials bouncing from party to party (and lover to lover) some of whom are looking for a relationship, while others are simply looking for a fun time (in all the wrong places). At the center of all this is Alice, who has been in a relationship with Josh (Nicholas Braun) for the past four years since they first hooked up in college; however, now that she has scored a job in New York, she has (for reasons that pass understanding, save that it is the set-up for the McGuffin of the film) has determined that she wants to spend time alone and not be held down in a relationship.

These Girls want to be Single

How to be Single

Once she gets to her job, she runs into Robin who is an Olympic-Class partier who takes Alice under her wing so as to show her the best aspects of being single. While Alice is attempting to embrace her singleism, she still yearns for a relationship, against all advice from Robin. Meanwhile Alice’s sister, who is a neonatal pediatrician who has also been scrupulously been avoiding relationships (and children of her own, even though she delivers and treats them), finds herself being seduced by the little buggers, and gets artificially inseminates (while still avoiding any kind of permanent relationship). Lucy has been using the bar downstairs from her apartment for the Wi-Fi, where she meets the owner, Tom, who (naturally enough) is using the bar has his own personal-pick-up palace. And so it goes. Everyone is looking for their own slice of heaven, weather it is with is Mr./Ms. Right, or Mr./Ms. Right Now.

The Party is About to Happen!

Our Conclusion, is yes, Being Single is Fun

What ensues is a rollicking ride of funny hook-ups, mixed in with a handful of poignant moments that makes for a fun film about dating in the modern age. As always Wilson is her funny self (totally living up to her name of “Rebel” and delivering another entertaining performance.

A Blast from the Past