Inferno is the latest in the popular Robert Langdon series, preceded by The Da Vinci Code and Angels & Demons. Tom Hanks reprises his role as symbologist Robert Langdon, who has been thrust once again into a world of mystery, puzzles, and clues, only this time he's suffering from amnesia and has to remember the past 48 hours in order to stop the release of a new deadly disease which could mean the end of humanity.

The story has constant twists and turns throughout, including one major twist in particular about halfway through that I definitely did not see coming. If you have read the book that the film is based on then you probably know everything that's going to happen. For anyone that hasn't read it, be prepared to think at a fast pace. The film moves along quicker than the other two and it's 30 minutes shorter as well.

The acting was overall very good, but Felicity Jones needed some improvement. She sounded very wooden, like she was going through the motions but not really invested in what she was doing. Tom Hanks, however, is the complete opposite, dishing out another solid piece of work. This particular film was rather challenging and I applaud Tom for how much work and effort he put into his character.

I felt the plot was solid and is quite relatable to today's world. It tackled the issues of overpopulation and what the right way to contain that problem is. The film discusses it in a professional and intriguing way, all the while keeping us on our toes and really thinking about what we would do in that situation.

In conclusion, I definitely recommend the film to anyone who loves mystery and espionage as much as I do. Is it worth the theater price? Yes, it is. Grab yourself a bucket of popcorn and put on your thinking cap. It's time to join Professor Langdon on another adventure. 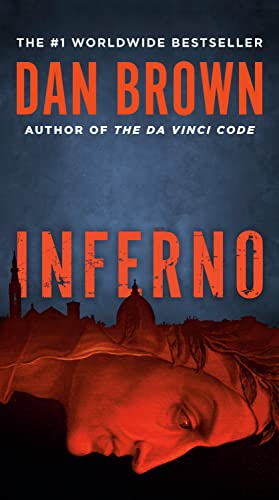