A large portion of my life growing up involved playing a musical instrument. When given a choice in fifth grade I chose the trumpet. That was the start of nine years of learning, playing, understanding and appreciating music of all types. I can't imagine what type of person I'd be now if it weren't for the influence of playing an instrument and being part of a musical community. It's these influences and great musical memories that I feel are important to pass on and demonstrate to any child who shows an interest in playing a musical instrument.

Last year my son was given the opportunity by his school to choose an instrument to learn to play. He knew of my love for the trumpet and chose wisely. We were both very excited going to the music store to set up his rental and buy the needed tools and music. They still had the same music books I used when I first started. He was set and ready to go!

I knew that I would be showing and teaching him everything I knew, but also realized I had to let the school music teacher do most of the early guiding. Obviously early on the focus is technique and proper fundamentals. I was happy to see my son grasp these areas quickly as he continued to show interest.

But as kids are prone to do over time he started to lose interest in practicing. He was looking at this trumpet thing as a sports season. He thought once school was out he could stop playing. I tried many times to express how he was developing a talent that few get a chance to experience. But all he saw was summer's coming and he wanted to be outside. I was concerned because he was playing extremely well and was on track to developing a great skill.

I had a couple ideas that I was hoping would spark his interest. Firstly, the end of the school year would mean three schools would combine their band class to make one big band and perform a concert. I knew if my son got to experience playing with a large band and saw how each instrument played a different part to make music as one, he'd get excited. Secondly, I thought if I showed him my trumpet heros playing he'd start to see there are many, many styles of music. He'd realize you're not always going to be stuck playing scales and being told what to do by your music teacher. You could be independent and a team player at the same time. You could develop and show style with your playing.

The end of school year was a success. He loved playing with the combined bands and for weeks after continued to play those songs as practice. I didn't even need to ask him. He'd just go into his room and start playing.

I held off on plan two until the start of the next school year. One day I put on some Maynard Ferguson and just let it play throughout the house. It caught my son's ear and he said, "Who is that playing the high notes?" I had put on Ferguson's version of "Rocky". A familiar song that I knew would draw him in.

Maynard Ferguson, while known for his upper octave playing and cover tunes, was firstly a jazz band leader and infused that throughout his career. While he doesn't demonstrate the best way to hold a trumpet he generates by far the most excitment for me. I used to drive my jazz band teacher nuts by always taking every song up an octave.

Chuck Mangione was also another huge influence and showed how great a small band can sound. While leaning more toward mainstream jazz, Chuck Mangione was the first person I saw play a flugelhorn. My son was quick to pick up on the larger size "trumpet". That sparked another interest as he now wanted to "get one of those." Mangione also played piano/keyboard. I was able to show my son that you're never limited in music to just one instrument. You learn to read music and you can play anything.

Herb Alpert and the Tijuana Brass

I wore the grooves out on my parents Tijuana Brass albums. This jazz/Spanish music made me want to be Herb Alpert early on in my playing years. The songs were fun, upbeat and easy to play along with. Playing these songs for my son showed him the different style of the Spanish music and again, he wasn't limited to just what you hear on the radio. I later explained how Herb Alpert continued to change and mold his music style with the times. He even did songs with Janet Jackson and scored many top ten hits....with a trumpet.

Herb Alpert and the Tijuana Brass

If there is one trumpet player I'd want my son to emulate it would be Wynton Marsalis. There isn't another player on the planet that demonstrates the proper technique and skills a trumpet player should have while performing classical, jazz, pop, etc. at the highest level. His passion for music and teaching children about music is unparalleled. Every child playing an instrument should strive to emulate Wynton Marsalis on some level. My son was blown away by the video below. Not only is Marsalis playing from memory but also demonstrating triple tonguing which allows what seems likes the playing of two songs at once. Listen as he takes a simple song and builds it up by adding more notes but keeping the basic song underneath.

The master shows variations on a theme.

Those with children know it's hard to keep them on a straight path.  When your child demonstrates a skill it takes patience and examples to keep them focused and their spirits up.  By looking ahead and planning you can have ideas to gently push them to continue on.  Being exposed to music is a strong influence for a child and can take them many places.

Music from the videos. 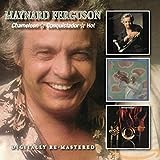 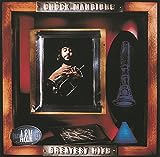 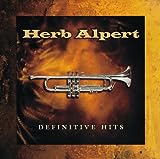 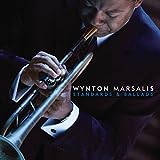