It Wasn’t Easy Saying Farewell to “The Queen of Soul,” Aretha Franklin

The Undisputed “Queen of Soul,”

Aretha Franklin was 76 when she passed away Aug. 16, 2018, but she left such a deep musical legacy that I dare that it would never be equaled. Not in this time. Franklin was one of a kind—a woman, but a person who was years ahead of her own time. Although these words have been said and arranged by better writers (that you could throw a rock in any direction and hit one) than me, but I have ONE thing that these elite writers do not have: my deep LOVE and ADMIRATION for this mega-gifted singer. I choose to simply call her Aretha, because if I had met her, she would have wanted it that way.

In 1967, I was starting my first violent, awkward years of Junior High school in Hamilton, Al., my hometown, my school was named fittingly, Hamilton High School, and I have to admit that if it had not been for Arentha Franklin, my young life would not have been settled enough to focus on my school work, much less my life. Franklin was one of the very first Soul Singers that I ever listened to on the “Teen Station,”: WVOK, The Mighty 690, 100,000 watts of Rock, Bessemer, Al., because (Duhhh!) all of my teen friends ate, breathed and slept WVOK, an undisputed “Rock Monster and Influence” who was bold enough to bring Aretha Franklin from the small gigs into the major Soul Scene where she found her rightly-place as “Queen of Soul.”

Just One Sample of Aretha's Talent: 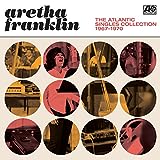 The Atlantic Singles Collection 1967-1970 (Mono Remaster)
In 1967, I was so glad to be listening to WVOK, Bessemer, Al, where all the rockers listened, but on that day, I heard Aretha Franklin, the "Goddess of Soul," who not only blessed me with musical enjoyment, but a calming affect of my awkward teenage life.
Buy Now

Looking Back to The Memories

of ArethaLouiseFranklin (March 25, 1942– August 16, 2018) she was an American singer, songwriter, pianist, and civil rights activist.Franklin began her career as a child singing gospel at New Bethel Baptist Church, Detroit, MI.,, where her father, C.L. Franklin, was minister. At 18, she started on a secular musical career as a recording artist for Columbia Records. While Franklin's career did not immediately flourish, she found acclaim and commercial success after signing with Atlantic Records in 1966. Hit songs such as "Respect", "Chain of Fools", "Think", "(You Make Me Feel Like) A Natural Woman", "I Never Loved a Man (The Way I Love You)", and "I Say a Little Prayer", just a few song hits that solidified her crown in the area of Soul.

I can honesty tell you that my first impression of Aretha Franklin’s voice was not only warm, but honest. With no frills. Franklin did not have to belt-out lyrics, instead she just opened her mouth and the lyrics were softly released and woven into the listener, I being one of the many thousand who immediately loved her and her style in music. Another trait that I loved about Franklin was her disciplined structure of her singing—as she did not stray-off, substitute words for other words, but kept her lyrics pure, original and straight to the heart. It was tough for any up and coming singer to compete with her.

Since (that) first time of hearing Aretha Franklin in 1967, I have loved her songs, singing, and her life—as it was very influential. If asked, I would have to say that my all-time favorite song that Aretha sang was “Chain of Fools,” which was made better was the opening guitar riff that I wondered about what studio guitarist did those fantastic riffs. The answer floored me. Joe South, the same guy who later recorded “Games People Play,” and became such a hit.

Another Look at Aretha's Singing Talent 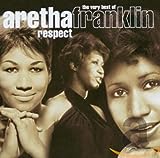 Respect: The Very Best of
I was, still am, a life-long fan of Aretha Franklin, her songs, her influence on others, and her life itself. Who did not love her music and songs?
Buy Now

We Looked at Aretha Franklin

as not only the “Queen of Soul,” but a champion of the underprivileged, down-trodden, those forgotten by society. Franklin was one of the most-compassionate people to ever be involved with Soul Music or Rock Music, for that matter. She never did anything sacrificial just to have newspaper and magazine photographers to get her photo giving clothing and food to the homeless. No. She did a lot of charity work that was never printed, and that was Aretha Frankin, and honestly, I think was her best arena for being able to shine when others were living in darkness.

Each time that I hear one of her many hits, I have to stop what I’m doing and think about what moment I was in when (that) song was released. Franklin had that type of influence as she walked with kings, queens, and the paupers who help to create the Grand Scheme of The Universe.

We will always miss you, Aretha, and I say to you: rest in Peace. We all love you. Thank you for leaving us such a wonderful saga and collection of warm memories of you and that being your long list of song hits. Bravo, Aretha!