Jack Reacher: Never Go Back is a solid sequel that delivers, which is often unusual for a sequel to do. Tom Cruise's series always seem to hold up though, building on the past film in order to make an even better sequel. However, as good as the film is, it doesn't hit as hard as the first film. Never Go Back tried to combine emotion with action, rushing two plots in order to fit the 2 hour time limit. Still, it was done well and it was a worthy successor to its predecessor.

The story finds Jack still helping others, tracking down criminals and bringing them to justice. This time, Washington D.C. was helping him. Major Susan Turner was in charge of the mission. Jack was apparently impressed, so much so that he wanted to meet her and possibly take her out on the town in order to say thanks. He never got the chance because he arrives in D.C. only to find out she had been arrested and charged with the murder of two soldiers under her command. Reacher's gut feeling kicks in and he decides to find proof she's innocent. To make matters more complicated, an old flame filed a suit with the government claiming Reacher was the father of a teen girl and that he had never once paid child support. Well, this was all news to Reacher, seeing as how he hasn't seen or heard from this woman in 15 years.

Tom's acting has always been superb in my eyes, but he always seems to be able to outperform himself. He was at the top of his game, adding an intensity level that most actors only dream of reaching. Cobie Smulders was surprisingly great in her role as Major Turner. She's mostly done comedy in her career, with the exception of her small roles in The Avengers, Captain America: The Winter Soldier, and Avengers: Age of Ultron. The exception is, she's always been the side character in pretty much every role. To see her front and center alongside Tom was a nice change of pace and I'd love to see her take the lead more often.

In conclusion, definitely go see this film. It's not just an action film, but rather a human film that tries its best to bring realism to a seemingly impossible situation and also morality to a seemingly immoral world. If more people had Jack Reacher's code of honor, perhaps the world would be a better place. 2.5 out of 4. 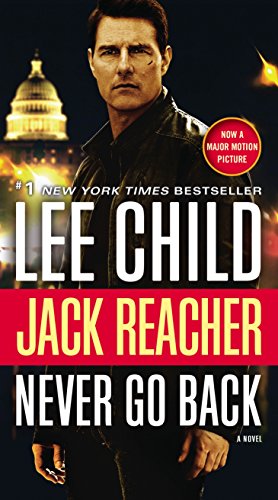