Vybz Kartel Sentenced to Life in Prison After Being Found Guilty!

Vybz Kartel, as he popularly known is one of Jamaica's most controversial Dance-hall artistes. A Dj as we call them, this young man is diverse and unique in his own right.

Vybz was born Adijah Azim Palmer in Portmore, St. Catherine. He attended Calabar High School, one of the better high schools in the system, but was expelled for an altercation with a teacher. He is known to be one of the more intelligent Djs, speaking well during interviews and a repertoire of dance hall lyrics.

Kartel's early career was partnered with Rodney Pryce aka Bounty Killer - Dance-hall icon. As we would say in Jamaica, Bounty buss Kartel - meaning that Kartel became recognized because or Bounty.

The partnership ended a few years ago when Rodney's ex-girlfriend D'Angel fell in love with his long time rival and Kartel's friend Beenie Man. The relationship broke down when Bounty Killer insisted that Kartel take side and end his association with Beenie Man. Vybz Kartel refused and that saw the end of a decade long partnership and the beginning of a new era in Dance-Hall.

These are my favorite picks. They are Easy to listen to and maybe a little to much about his love for women, but at least they are essentially non-violent lyrics.

9. Clarks (which saw sales of the Clarks brand skyrocket)

Vybz Kartel the hard hitting DJ, reinvented himself, bounced back with quite a few hits and a few good artistes from his camp "The Portmore Empire". Leaving "The Alliance" behind, one could say that was the best decision he ever made for his career.

Kartel now hailed as 'Adi the Teacher' has promoted artistes like Black Rhino, Popcaan and Jah Vinci. He was also the face behind the Vybz Rum line, that is until the owner of the brand decided that Beenie Man was a better role model for the brand, due to Kartel bleaching his complexion.

The war of words between Empire and Alliance began soon after Kartel exited the Alliance. Bounty Killer's star pupil Mavado decided to take Kartel to a war of words. They declared war on each other with each giving their respective crews nicknames that depicted their strength.

Mavado was on the 'Gully' and Kartel said he resided in the 'Gaza'. So Gully and Gaza were at war, and this divided the dance-hall fans, splitting the country in two.......literally. The Gaza-Gully fight was so intense that young followers often got physical. Communities were renamed and areas split with rules that certain music not played or their women not date men from the other community.

One might ask what caused such a split, can music do this? Yes, when the violence depicted in the music is so intense that people start to believe, yes, it can happen.

The war got so bad that it took an Area Leader, Christopher Coke and the Government to step in and organize a truce. The war is now on a low burner, not quite over as there is still some enmity between Kartel and Bounty.

Kartel's top ten hits - Why he is banned for Entering the US, Europe and most other Countries.

(Note: Due to the violent nature of the titles, I will not translate)

These songs have evoked fear in Jamaicans and foreigners alike. The United States and all the EU have decided not to issue an entertainers visa to Vybz Kartel (and rightly so), due to the violence depicted in his music.

However, Vybz Kartel has done many clean songs that even the non-violent religious female will find entertaining and interesting.

It started as a result of darker skinned persons, mostly women, feeling inferior. There were several factors that were the cause of this. The better jobs, like Bank tellers, some secretarial, and other jobs of higher profile were given to the women with fairer complexion even if they were less qualified. Society plays a big role in this as it promotes fair skin, skinny and long hair as being beautiful.

Here in Jamaica, it was about five years ago that the trend was broken when a dark skinned female was crowned Miss Jamaica. For the three decades that the competition ran for it has always had the fairer, skinnier, longer hair girl being crowned.

Vybz Kartel says his reason for bleaching has nothing to do with that inferiority complex. He says he bleached to highlight his tattoos. They are many, about 75% of his body. The tattoos were not being seen the way they were meant so the solution was to have his skin lightened.

The question is then asked, why does he call himself the Jamaica Micheal Jackson? Braiding the hair and all. Maybe he just want to create an image to suit the tone. Who knows. 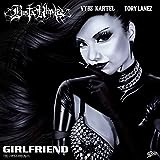 Vybz Kartel Arrested and charged for murder and conspiracy to murder.

On September 29, 2011 Vybz Kartel was detained and held in lock-up to be questioned about a body found in a house that belonged to the DJ. He was subsequently arrested after being questioned about the corpse. Initially the police detained the dancehall prince on the premise that he was being held on ganja charges but those were later dropped as there was no proof that ganja found in the hotel where the DJ was staying belonged to him.

After spending days in lock-up police arrested and charged Vyvz on one count of murder and conspiracy to murder. It was also revealed by the authorities that there was video footage taken on a cell phone, of the DJ and other cohorts conducting the heinous crime.

At the moment Vybz Kartel is awaiting trial which will begin in May 2012.

Also arrested was Gaza Slim, upcoming female entertainer from the Portmore Empire or Gaza team. She was arrested for perverting the course of justice. It was reported that Gaza Slim was instrumental in deceiving the police that one of the victims that the Gaza crew were responsible for killing, had robbed her. Police reports indicated that after the man had gone missing Gaza Slim went to a police station and reported that the man had robbed her of her money, cell phone and other possessions.

On a personal Note

I am deeply disappointed in the artiste as I saw great potential in him. My fiancé thinks he is one of the greatest DJs Jamaica has ever seen. I know he has talent and he is one of the best lyricists in Jamaica.

Vybz Kartel is loved by the world over and even though he could not travel to the US to perform live he has performed by satellite for US audiences.

On July 24, 2013 Kartel was acquitted of murder charges of Barrington Burton because of lack of evidence. The DJ however is still in jail for a previous murder charge which saw him not recurring bail for.

His tow alleged accomplices Lenburgh McDonald and Nigel Thompson were also freed for lack of evidence.

Kartel will return to court to answer to charges for Clive Williams murder.

The Teacher has been found guilty of murder and will be sentenced on March 27, 2014.

It was a long trial which spanned several months. With lots of drama both inside and outside the courtroom.

Of the five accused of murder only Shawn Williams was found not guilty.

The country has been in a sombre mood since the verdict was given on Thursday evening on March 3, around 5:30 pm.

After spending three years behind bars and going through the most publicized trial Jamaica has ever seen it comes down to this. A guilty verdict for the murder of Clive Lizard Williams and a life behind bars. Kartel will only be eligible for parole after serving 35 years.

The 38 year old entertainer will only be able to walk the streets again when he is 73 years old.

His attorney has hinted at an appeal. If that is successful Kartel could have this current verdict thrown out and the case retried.