Jimi Hendrix’s Life: Way Too Bright to be Cut Way Too Short

Time to Offer You My Trip With Jimi Hendrix

to join me in a very confusing, yet colorful journey to visit the memories of the late Jimi Hendrix, “a truly guitar guru,” also dead is Mitch Mitchell, drums, thirdly, the late Noel Redding on bass. Most of the text for each LP, has been edited to go along with my website’s guidelines, but I left the text that I knew that all Hendrix followers would appreciate.

Personally, I started loving Jimi Hendrix, Mitch and Noel, in 1968 when a good friend and classmate, Randy Pearce, who was also a superb drummer for our own band, The Sounds of Time from Hamilton, Ala., said that he went with his older brother, George, bassist, Jerry Roby and Loyd Wiginton, who was the rhythm guitarist, to see the Jimi Hendrix Experience somewhere in Tuscaloosa, Ala., long before Hendrix was a household fixture.

Pearce’s pupils began to open and close as he told, what was arguably, the biggest trip that he and his friends would make. He also added that he, Randy, was amazed at (how) Hendrix could play his guitar in so many positions—behind the back, neck, and with his teeth. If I had not been late for English class, we would have stood in the hallway of our high school: Hamilton High School and talked until dark. 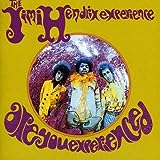 A Look Into “Are You Experienced”

by the Jimi Hendrix Experience tagged “Are You Experience,” is the debut studio album by English-American rock band the Jimi Hendrix Experience. 1967 saw its release and, the LP was an immediate critical and commercial success, and it is widely regarded as one of the greatest debuts in the history of rock music.The Beatles included. I loved this song and when I was out of my home, I always looked forward to getting back and putting it on my turntable. “Experienced” can be viewed by yours truly, as mostly a Pure Rock LP, but interlaced with a dab of Acid Rock, and you had to listen closely to hear (that) influence.

There I was, along with Hendrix fans in mid-1966, we found that Jimi Hendrix was laboring for a living playing the R&B cache as a backing guitarist. Hendrix was then sent to to Chas Chandler, who left Eric Burdon and the Animalsdreaming of managing and producing artists, Hendrix was signed to a management and production contract with Chandler and ex-Animals manager Michael Jeffery. Chandler brought Hendrix to London who began recruiting members for a band. Then in a short time, the Jimi Hendrix Experience was born, designed to showcase the guitarist's multi-talents.

I followed Hendrix patiently in late October, Decca Records rejected the Experience signed with a unknown company, Track, a new label formed by the Who's managers Kit Lambert and Chris Stamp. Are You Experienced and its early singles were recorded over a five-month period from late Oct. 1966 through early April 1967. The album was completed in 16 recording sessions at three London locations, including De Lane Lea Studios, CBS Studios, and Olympic Studios. The over-worked Experience, Mitch Mitchell, drums and Noel Redding, bass, thought that the end was near for the two as well as the band’s name sake: Jimi Hendrix. As Redding remarked, the sharks had sensed blood in the water. He did not fathom the depth of that prophecy.

Released in The UK

May 12, 1967, Are You Experienced spent 33 weeks on the charts, peaking at number two. Reprise Records issued the LP in the US on Aug. 23, where it reached number five on the US Billboard Top LPs, remaining on the chart for 106 weeks. The album also spent 70 weeks on the US Billboard Hot R&B Lps chart, where it peaked at number 10. The US version contained some of Hendrix's best known songs, including the Experience's first three singles, which, though omitted from the British edition of the LP, were top ten hits in the UK: "Purple Haze", "Hey Joe", and “The Wind Cries Mary.”

In fact, Hendrix followers heard more than one song. They, like Jimi, Mitchell and Redding, not only heard his songs, but learned to live them. 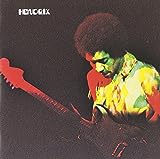 Band of Gypsys
At first, I was nervous about listening to Jimi Hendrix (with) Buddy Miles and Billy Cox, not because there was a lack of talent, but Hendrix was playing with brand-new band-mates and that in itself is a task.
Buy Now

Band of Gypsys a troubled, live album by Jimi Hendrix and the first without his original group, the Jimi Hendrix Experience. Recorded on Jan. 1, 1970, at the Fillmore East in New York City with Billy Cox, on bass and Buddy Miles on drums, frequently referred to as the Band of Gypsys. The LP mixed funk and rhythm and blues elements with hard rock and jamming, an approach that later became the basis of funk rock. It contains previously unreleased songs and was the last full-length Hendrix album released before his death.

This LP was fantastic--even with Hendrix meshing with Miles and Cox and to be honest, I kept this record all to myself because of the fear that my buddies would try and get me to "lend them" this record and me knowing that I would never see it again.

On a special note, the Fillmore East, with owner, Bill Graham, a genius music mind and promoter, produced its last concert on Jan. 1, 1970m with Hendrix, Miles, and Cox, the Band of Gypsys being the last band that played the majestic rock haven.

I, along with my tight-band of Hendrix fans,and that Hendrix was with an interim group that included Cox, Hendrix began developing new songs and recording demos. When Miles came aboard, he and Cox agreed to record a live album with Hendrix to be used to settle a contract dispute with a former manager. The new material, influenced by Cox's and Miles' musical approaches, signals a new direction for Hendrix. Songs such as "Power of Soul" and "Message to Love" (originally "Power to Love" and "Message of Love") still maintain the dominant role of Hendrix's guitar, but show funk and R&B influences. “Machine Gun” stood alone as the van guard song on the Band of Gypsys’ live LP and got a lot of traction due to its anti-Vietnam message that (mostly) the younger Hendrix fans ate up.

The album's producer, Hendrix had a tough time completing the task. Presented with the sometimes-problematic recordings and resigned to “farming it out” to a different record company, Hendrix was visibly-dissatisfied with the final product. Shortly after its release, Band of Gypsys reached the top ten of the album charts in the US and UK as well as appearing in charts in several other countries. Although it was as popular as his albums with the Experience, it received mixed reviews. Some faulted the performances as tentative and under-prepared; additionally, Miles' contributions on drums and vocals have been characterized as plodding and obtrusive. The influence of Band of Gypsys is heard in the funk rock projects of the 1970s and has been cited as an inspiration by various later rock musicians. .

As a note of respect, Buddy Miles, a super-talented drummer, also played drummer with Mike Bloomfield and the Electric Flag plus he played drums on the classic Super Session LP, produced by Al Kooper, Bloomfield, and Stephen Stills. 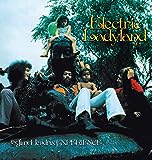 Electric Ladyland - 50th Anniversary Deluxe Edition
Mesmerizing; hypnotic and soul-stirring. These are the best adjectives that I can describe this LP. As I listened to this record over and over again, I could feel the exhaustion in the recordings that Hendrix demanded because he was a perfectionist. You will have to get this 2-record set to enjoy Hendrix' Crowning Achievement.
Buy Now

Electric Ladyland was the third and final studio album by the Jimi Hendrix Experience. Released by RepriseRecordsin North America and Track Recordsin the UK in October 1968, the double-albumwas the only record from the band produced by Jimi Hendrix. By mid-November, it had ended up at number one in the United States, where it spent two weeks at the top spot. Electric Ladyland was the Experience's most commercially successful release and their only number one album.

Electric Ladyland included a cover of the Bob Dylan song "All Along the Watchtower", which became the Experience's highest-selling single and their only top 40 hit in the US, peaking at number 20;. Although the album confounded critics in 1968, it has since been viewed as Hendrix's best work and one of the greatest rock records of all time. Electric Ladyland has been featured on many greatest-album lists, including Q magazine's 2003 list of the 100 greatest albums and Rolling Stone's list of the 500 greatest albums of all time, on which it was ranked 55th. The curious Hendrix fan upon listening to this project, will know why instantly.

The Experience began recording Electric Ladyland at several studios in the US and UK in between July 1967 and January 1968.Recording resumed on April 18, 1968, at the newly- opened Record Plant Studios in New York City, with Chas Chandleras producer and engineers EddieKramerand Gary Kellgren. Kramer and Kellgren were known as the best.

Fact: Hendrix was known for his perfectionism; he and drummer Mitch Mitchell recorded over 50 takes of "Gypsy Eyes" over three sessions.Hendrix was insecure about his voice and often recorded his vocals hidden behind studio screens. As recording progressed, Chandler became frustrated with Hendrix's perfectionism and his demands for repeated takes. Note: Did you get that, 50 takes? Now you can, along with me, and all Hendrix followers loved Electric Ladyland so much.

Another “Thorn in Chandler’s Side”

was Hendrix allowing guests to join them in the studio, which contributed to a chaotic environment in the control room and led Chandler to sever his professional relationship with Hendrix.Bassist Noel Reddingr ecalled: "There were tons of people in the studio; you couldn't move. It was a party, not a session."

Arguably the most-interesting story that came out of Electric Ladyland, Hendrix, and all of the celebrities. During one of the long recording sessions, Hendrix said to Chas Chandler, I want us to take a short trip to the Village in New York. Chandler, being the greatest A&R man in the business said yes and off they went.

Hendrix wanted to fill the singers and musicians that (he) admired and wanted to sing with them, so out of one club and the other, Hendrix would say, I want that one and then leave for another club and say the same thing until the night was ending and he and Chandler had paperwork such as contracts from the singers and their record companies to give them permission to join Hendrix in helping produce Hendrix’s prize gem of his recording career: Electric Ladyland . . .and any close friend and ally of Hendrix when playing the two-record set will agree with me that (this) attempt was HIS BEST.

Writer’s Note: as a final glimpse at the life of Jimi Hendrix, Mitch Mitchell and Noel Redding, I can truthfully-say that although Mitchell and Redding’s deaths were holes in the fabric of Rock Music that I doubt will anyone ever fill them, but as for Jimi, his was born with his life way too bright to be cut so short. Thanks, Kenneth

Which Jim Hendrix LP was Your Favorite?