"Kathputli", the word itself brings to front the colorful images of Rajasthan. Kathputli means a puppet and it is one of the most popular performing arts of Rajasthan. Kathputlis are string marionettes which dance based on popular legends. These puppets are controlled by a single string that passes from the top of the puppet over the puppeteers. The puppeteer uses ballads to narrate the stories. These stories or tales of romance and chivalry are told with movements of string puppets. Characteristic to this form are the shrill voices produced by the lead puppeteer which are spoken through a bamboo reed.

Kathputli, the Rajasthani puppetry, originated a thousand years ago. Bhat Community was the first to practise this art. It soon grew into a major art form of the region as it was patronised by many rulinh families in the state. Puppeters were known to travel across vast regions through various villages in order to entertain people. Puppet plays were not only a source of entertainment but also very helpful in spreading awareness as the puppeteers used to narrate stories of various historical heroes.

The puppet shows tackled problems like the dowry system, women's empowerment, illiteracy, poverty, unemployment, and cleanliness. Thus these shows used to spread awareness about the social problems and the ways to overcome them.

Various types of puppets or Kathputlis are used during the Kathputli Traditional Dance in Rajasthan. These include Glove Puppets, String Puppets, Rod Puppets and Shadow Puppets.

For a performance, a small stage is set where puppeteers show puppetry and narrate the story. In the performance, music or ballad plays an important role as the entire performance is based upon the ballad. Sometimes, the puppeteer makes use of various sound effects to achieve the reality impact and give a quality entertainment. The puppeteer shows all his skills to make puppets dance on his tunes. It recounts historic anecdotes, replay tales of love, and include much screeching and high-pitched sound as the puppet twirl and move frenetically at the time of performance. 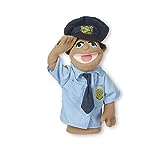 Kathputli gradually lost its importance due to the invasion of Rajasthan by the Mughals. Though it remains one of the oldest forms of entertainment. Still there are parts in Rajasthan and India where puppet shws are organised and  effort is being made to keep this ancient art form alive.