Since making her debut on American Idol, and winning the crowning title, Kelly Clarkson has had a successful music career releasing seven chart-topping studio albums in the United States (all with RCA Records), embarking on sold-out concert tours, and winning many awards including three Grammys (Best Pop Vocal Album for her album Breakaway and Best Female Pop Vocal Performance for her single Since U Been Gone and Best Pop Vocal Album for her album Stronger.

All of Kelly Clarkson’s albums received certifications in the United States (2003’s Thankful – 2x platinum, 2004’s Breakaway – 6x platinum, 2007’s My December – platinum, and 2011’s Stronger – platinum with the exception of her fourth studio album All I Ever Wanted (released in 2009). While All I Ever Wanted may not have been her best album, I am surprised that it has not received any certifications since it has sold over 900,000 copies in the United States.

Kelly Clarkson has toured the country and even the world in support of her studio albums. For her release Stronger Kelly Clarkson headed to New York City and the famous Radio City Music Hall, where she performed a sold-out show to a hall full of excited fans. She sang songs from her new album Stronger (Mr. Know It All, What Doesn’t Kill You (Stronger), I Forgive You, You Love Me, Dark Side, Let Me Down, and Don’t You Wanna Stay (featuring Jason Aldean), songs from her previous albums (Ms. Independent, The Trouble With Love Is, Breakaway, Gone, Walk Away, Because Of You, Since U Been Gone, Behind These Hazel Eyes, Never Again, My Life Would Suck Without You, Already Gone) and a few covers, which included her rendition of songs by Etta James, Carrie Underwood, and Barbara Streisand.

The venue had a lot of empty seats when opening act Matt Nathanson was performing his songs, but when Kelly Clarkson came on every seat was filled. And though everyone had a seat, not one person in the venue ever sat down, except maybe for little kids. Everyone was on their feet the entire show – dancing, singing, or both.

It was such an amazing show and Kelly delivered on every song she sang. Her vocals were phenomenal, powerful, and spot-on. I connected to the songs she sang and at one point I had tears in my eyes, though I cannot recall which song made me cry. I was dancing and singing the whole time Kelly was on stage. I felt like, I too, was giving a concert of my own. When the show was over my voice was gone but I didn’t mind because I had such a blast. It was a night I will never forget.

Having been to concerts by Adam Lambert and Lady Gaga, who are phenomenal artists and performers, I have to say that Kelly Clarkson’s concert was my favorite! It was the best concert I have ever been to and can’t wait ‘til I get to see Kelly in concert again. 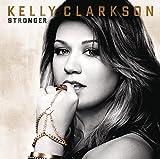 Kelly Clarkson is definitely one of the best Idol contestants by far. I think that even if there was no such show as American Idol Kelly Clarkson would still be in the music scene, making great albums, performing sold out shows, and breaking sales records. She is that phenomenal!

I am a huge fan of Kelly Clarkson and own all of her albums. I have to say that Stronger is probably her best album to-date and it is probably my most favorite album of hers. I have been listening to it a lot lately and I can't seem to get enough.

No matter what happens Kelly will always be one of my all time favorite recording artists and performers. I am sure that we will be seeing her and hearing her sing for a very long time to come.

Are you a fan of Kelly Clarkson?

Did you ever catch Kelly Clarkson in concert?