Kids Songs | Best Music Albums to Share with your Children

Tracy has been working in the field of education for many years specializing in both Waldorf and Montessori methodologies.

“Kids: they dance before they learn there is anything that isn't music.” ~William Stafford

Music that parents can enjoy along with their children

When I dreamed of becoming a Mother I imagined that many parts of the experience would be difficult, childbirth or course and surviving the nights of broken sleep seemed to be obvious challenges. I never imagined that finding quality music for my little ones would present it's own kind of challenge, but it has. Even with the ability to search online I found most of what was available to be very commercial and lacking substance. A lot of the music is made using synthesized sound or uninspired singing.

It is important to note that live music is ideal for children, a real human voice or an instrument being played in person is always better than a recording. The sound and human experience can never really be replicated. For this reason attending live music concerts at libraries, theatres and other local venues will benefit your child's appreciation.

I began my quest to find quality recorded music to share with my children shortly after the birth of my daughter over 12 years ago and still I continue today. My most recent find has been the charming Spanish singer, Louis Jose-Luis Orozco, whose CD De Colores I have in my car as I write this. Listening to an authentic Spanish artist sing Latin music makes my Sesame Street Spanish CD Fiesta pale in comparison. Although Fiesta has it's own entertainment and educational value there is nothing like authentic music.

I am excited to share with you what quality music I have discovered. I have included multicultural music as this broadens their exposure to a variety of sounds.

Natalie Merchant singing "Airship" from "For Our Children Too!"

"For Our Children Too!"

This CD was created to benefit the Elizabeth Glaser Pediatric AIDS Foundation. With artists like Celine Dion, Elton John, Baby Face and many others award winning singers, this CD becomes a treasure for any parent. Each song has a unique charm and the CD seems to grows on you with time. This CD remained in my daughters stereo for a few years. Her favorite song at the time was Celine Dion's rendition of Brahms' Lullaby which is sung in French and English. 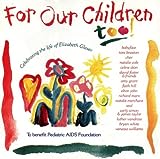 For Our Children Too!: To Benefit Pediatric AIDS Foundation
Buy Now

"You Are My Little Bird" By Elizabeth Mitchell

Elizabeth Mitchel has a soothing, melodic voice and her recordings almost sound as though she is singing in the same room. Not only does she sing from the heart and with great clarity, she is often accompanied by children singing in many of her songs.

Woody Guthrie was a folk singer-songwriter. He is best known for his song This Land is Your Land but has also has written other wonderful music. On this children's CD he showcases his love of lyric and music that is a delight for kids and parents alike.

"All You Need Is Love: Beatles Songs for Kids"

Beatles songs are timeless and it would be a shame not to introduce your child to some of these classic titles. The songs on this unique CD are sung for children by children and are endearing.

All You Need Is Love: Beatles Songs for Kids
Buy Now

"Broadway Kids - Back on Broadway"

If you want to introduce your kids to Broadway Tunes this is a good place to start. There are a variety of young talented Broadway singers offering vibrant renditions of popular Broadway tunes.

Irish music can surround you in warmth and make you never want to leave; this is true of Irish lullaby with lyrics in both Gaelic and English. It is a 'must have' if you are of Irish heritage or would like to adopt some of the spirit of the emerald Isle for your wee ones.

I was lucky enough to see Riverdance preformed at Radio City Music Hall in NYC and was swept away by the rhythm and heritage that comes with the tradition of step dancing and the musical accompaniment. I have cherished the CD from the show ever since and love to share the music with my children. Not only is there Irish music but there is also Spanish music as well.

Oy Vey, these Jewish music CD's are amazing! If you consider the few recordings of Jewish music for children and then get a chance to hear the quality of music on these two CD's you will be delighted! The music is for all ages. The Schniederman sisters combine great singing, music and song selection to make two winning Albums. 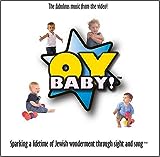 Studies show that multilingual children hold an intillectual advantage over children that speak only one language. I have always tried to use music to expose my children to different languages in a entertaining way. My son and I are loving the CD De Colores and other Latin American Folk Songs sung by Jose-Luis Orozco whose voice has just enough flavor and clarity for a children's music album. 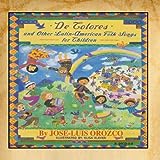 The Magic Garden is a CD that captures childhood like none other, these songs make you want to recapture your own childhood in a wonderland of joy. It has been played so often by my children that it is has more than its fair share of scratches. With a song about collecting blueberries and another about a rooster waking a boy early in the morning, you and your children will certainly find yourselves lost in the lyrics. All of the songs on this album use the pentatonic scale which is considered ideal by Waldorf Educators for a child's young ear.

No children's music list would be complete without a classical music album. I was introduced to this CD by my son's Suzuki Violin Teacher. It is hard to find classical music that is just right for children but this one is. It is a great find!