Kris Kristofferson- Blame It on the Stones?

Donna is a lifelong Kris Kristofferson fan. She is the webmaster of a fan website that celebrates the life and work of this American icon.

Shopping for a birthday present for my father was never easy. He enjoyed fishing and he liked listening to Elvis Presley. As he already had a fishing rod, I picked up my pocket money and headed off to the record bar to buy him a tune.

I was hoping to find something that would make him grin rather than smile, and ideally leave me with enough change to get into the disco later that night.

R20 (Rand) was a reasonable sum in the South Africa of 1974. Record choices on offer were far less reasonable. Local artists seldom sang in English, while imported records were expensive due to the toxic tango of import duty and sanctions of the era.

There was an impressive selection of Presley records, but my Dad only really enjoyed his live show albums and he already had the few on offer. The studio albums looked great, but after scanning the tracklists, there were few songs that he never already had in his existing collection. I was reluctant to buy an lp for just one or two new tracks, and keen to go out. Everyone was going to that disco, including Trevor, the cute boy from across the street.

It was getting late. The shops closed early and I was out of time and ideas. I had decided to buy a record and there was no Plan B.

I secretly loved it when Elvis' music filled the house. It was vibrant, and fun listening to the roar of the crowd and the jokes he told in between songs. This was the time before television, and Elvis was a great entertainer. It didn't even matter much that we couldn't see him.

Dad played country music when he wasn't listening to the King. He happily whistled along to old dusty tunes that seemed to last forever and bored me to death. Still, I was out of options. I reluctantly flipped through the country section, already dreading the melancholy drone that would be the soundtrack of my home life for the next few weeks. If I was even able to find anything, that is.

A cover caught my eye. Ice blue eyes stared at me under a title that I recognised from somewhere, Me & Bobby McGee. I picked it up, and read the tracklist. My problem was solved in that instant.

Two tracks, Help me Make it Through the Night, and For the Good Times were both familiar Presley recordings.

I paid, waited while the record was gift wrapped, then ran home to get ready for the disco. Trevor did speak to me that night at the disco, but we just never clicked.

Kris Kristofferson spoke to me the next day as we listened to his record. The music sounded like country, but without the dust. Dad grinned and whistled along with the tunes and was delighted with his gift.

I was the real winner that day, though. Somehow, in between the guitar and fiddle sound that is country music, Kristofferson and I somehow did click. He has been part of my life ever since.

The album I bought for my Dad that year was released 1971. Later, I found out that it had actually come out a year earlier but under a different name. The first title was simply called Kristofferson.

After Janis Joplin's success with her recording of Me and Bobby McGee, the album was quickly renamed. The media went wild with her hit record and tragic death. Renaming the album traded on this publicity and it certainly worked in my case.

The black cover & unknown name on the first album cover would never have caught my eye.

As was customary in the pre-television days, the new record was played regularly during the next few weeks.This one was different, though. While the other albums were put aside in the rack after an extended time on repeat, this one was never far from the turntable. Sure, it made way for new records from time to time, but not for long.

Decades and a few vinyl records, tapes and CDs later, I still listen to it- Just on mp3 or on a music stream.

This album could provide enough material for an entire English Literature curriculum. This post is confined to just the first track, Blame it on the Stones, a song written by Kristofferson and John Wilken. 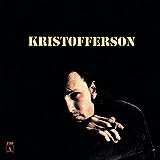 Blame it on the Stones

When teenage angst shows its face, we look for something to blame. Our children can't be naturally horrible, something must be influencing them to be cheeky, insolent and rebellious.

The transition from child to adult is often awkward and it's accompanied by music. The loud sort. This noise raises roofs and concerns. Some say it causes deafness and defiance.

Let's look at the lyrics.

Which version of For the Good Times do you prefer?

Mr Marvin Middle Class Rich or poor, people naturally see themselves as the median. We see the world from our perspective- The middle. There are always those who are richer or poorer than we are.

Is really in a stew / wondering what the younger generation's coming to This resonates with every parent that ever lived and forgot or rewrote their youth.

And the taste of his martini doesn't please his bitter tongue Teenage years usually coincide with parents becoming more financially stable and entering their midlife phase/crisis.

Parents can afford to drink a chosen brand - They have access to comforts and luxuries they couldn't afford before. This period of life is marred by the growing awareness that they are getting older. Teenage children are constant, noisy and often troublesome reminders that parents themselves are no longer young adults.

While they are dealing with the reality of ageing, their teenagers are starting to voice their own opinions and make their own choices. Loss of parental control is at odds with the teenage need to explore.

Blame it on the Rolling Stones Popular bands of the day change, but only in name.

The entire song is a parody.

We are not always looking for advice or support. Sometimes we just want agreement from a partner in pain. We want to wallow and feel justified rather than to examine ourselves and our family relationships, hence:

You'll feel so much better, knowing you don't stand alone / Join the accusation / save the bleeding nation, get it off your shoulders /blame it on the Stones

Mother tells the ladies at the bridge club every day Even in the 70's, few stay at home mums played bridge. Still, the parody serves well, as many had a hobby, sport or belonged to some sort of club. Bridge is associated with rich and powerful people, so would also be aspirational.

Of the rising price of tranquillizers, she must pay Wars, like Vietnam and the African Bush Wars were controversial. Conscription meant that people who were unwilling to join the armed forces were sent to fight or support the wars regardless.

Technology had improved. People actually saw and heard the news, protests and propaganda rather than just reading about it. Some servicemen came back suffering from a physical or mental injury. Families were worried about the boys who were sent away to war. It was an unsettling time for everyone, and pharmaceuticals provided the solution.

The era saw the widespread use of valium. It went mainstream and became socially acceptable, even fashionable. The parody sees quite wealthy people complaining openly about the price of drugs which were (and still are) very cheap. It's about numbing problems rather than working through them.

And she wonders why the children never seem to stay at home Wondering is idle and passive. There is no introspection, any family problems are externalised.
Blame it on the Rolling Stones.

Father plays an active role in this family, too. A potentially very active role!

Father's at the office nightly working all the time / trying to make the secretary change her little mind This father is not working his fingers to the bone to provide for his family, but rather acting out every ism that's hitting the headlines right now.

When he isn't at work on his presumably female secretary's little mind, he is concerned about the state of the world outside of his intact family life.

It bothers him to read about so many broken homes, and he joins in with the societal chorus,

Blame it on those Rolling Stones.

Blame it on the Stones- Or Stoned?

This tune was the first Kristofferson song I ever listened to. I might have heard others on the radio before I bought this record, but I had never actually listened to one.

When my parents yelled at me to turn my music down, or they grounded me or treated me unfairly, lines from this song made me smile rather than sulk.

My Dad really did work long hours, and comparing him with Mister Marvin made me feel lucky. Boilermakers never had secretaries. A few of my friends' fathers could easily have been Mister Marvin's brothers!

This is just one of Mr Kristofferson's song from a vast catalogue spanning many decades. I am so very grateful that I discovered his music when I did. It has enriched, challenged, comforted and tormented me through many phases of my life.