LaRose: A Typical Line-Up of Musicians Sitting In

One of the Best Entertainment Bargains in Philly

From 2008 through 2014, every Sunday night behind the doors at 5531 Germantown Avenue, a miracle went down. A vigorous unrehearsed synthesis of jazz arranging, improvising and playing was the regular order of the evening. It’s known as a jam session.

The venue was the LaRose Jazz Club in Germantown. It’s a clean section of the neighborhood near the corner of Germantown Ave and Schoolhouse Lane with cobblestones and trolley tracks. The street numbers were very prominent but if you had any doubt, All you had to do was stand in front of the closed doors. The sound of swinging rhythms confirmed that this WAS the place. 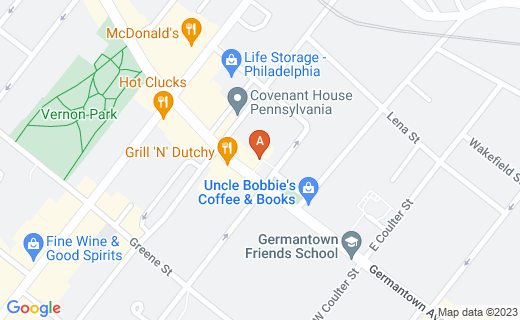 It was easy to get to and easier to enjoy!

Overview of the Sunday Jazz Jam

Officially, the session started at 6:00 PM and ran until 10. Of course, the three-piece house band was there at that time as were the bartender and jam co-manager (more about her later.) However, the audience seemed to really start pouring in around 7:30 to 8 o’clock. This jam was created to be a “networking session,” and a place for “young lions” to play with seasoned professionals. The networking implies much more than a business meet-and-greet. It is a time to work musically with others, stand in awe of the technique and musicality of peers, and to learn and remember a few new riffs or tunes.

As with any jazz jam, the pros treat the newbies with gentleness and offer tender instruction because they remember how it was when they were coming up. Jazz performance mastery heavily uses the apprenticeship model of instruction.

Concurrently, the audience had profound respect and encouragement for anyone who is willing to get up there and expose herself musically. The atmosphere was relaxed and accepting, and often raucously encouraging when the music was hot!

If one entered through the Germantown Avenue front door, the first room was a small foyer leading to the dining room with stage. Adjacent to that foyer sat a small, but wonderful bar. At the opposite end of the building sit the restrooms and the food buffet alcove. When entering from the rear parking lot, a hallway led to this section first.

The stage area was not raised, but was a hardwood floor centered on a long wall of the dining area. In the food area, catering pans were set up for cafeteria style service. For a charge of $10.00 one could have a delicious hot dinner, and add a cup of coffee for $2.

As with many jam sessions, the first set was dominated by the house band. Co-founder Rob Henderson was always on drums and he hired excellent musicians on a rotating system to start things off on the piano and upright bass. If a highly respected pro walked into the place, he or she might be invited by Rob to sit in during the first set. Generally, however, the rotation of guest musicians started in the second set with Rob as the “traffic director” assigning who played or sang and when. Instrumentalists, vocalists, and spoken word jazz poets were heard. Between the two sets there was a break during which choice music cd selections were played.

The musicians (the cats) wore informal clothing. One saw lots of jeans and nice T-shirts or polo shirts. Permanent house drummer, Rob Henderson, usually sported blue jeans and a short-sleeved button-down shirt. Occasionally, the house bass player might even have a long-sleeved button-down shirt and dressier pants. Nonetheless, anything clean and respectable was seen. The guest musicians pouring in from nearby Temple University looked like college students, of course. Older cats sitting in the audience even wore suits.

The audience includes musicians who put their names on the list to be called up, musicians who were there solely to enjoy listening, and non-performer true jazz aficionados. Ladies in the latter group were often dressed to the nines in their church clothes, fabulous jewelry, hats and turbans.

The jam was not a strict concert setting at which everyone’s lips were sealed. Strangers at the next table might greet you and a soft buzz of conversation was constant. However, the noise level from the audience could be a mixed bag. The etiquette of live jazz performance requires applause throughout a song: at the end of each performer’s solo section of the tune. This necessarily overshadows some seconds of playing. Plus, encouraging exclamations of amazement and hoots of praise are fine. There may even be dancing in the aisles. Still, every once in a while conversations in the audience did interfere with listening pleasure. Happily, this was infrequent and most were engaged in the joys of live performance, seeing the eye and hand signals that the cats give each other and sometimes even the whispered conversations on stage. Waves of love rolled from the audience onto the stage.

The Beginning of the LaRose Sunday Jazz Jam

The Sunday Jazz Jam started in 2008, but to me it felt like a a longer-lived institution. All the Philly jazz cats knew about it and made their way there throughout the year. One could count on this jam to happen every Sunday except when Christmas, New Year’s or another major holiday fell on a Sunday. Rob Henderson started the jam to try to provide an opportunity for young musicians to come out and learn from the older ones, and vice versa. Co-manager Kim Tucker joined him on the second night. As Kim said, “I came here on the second night and have been here ever since.” She collected the cover charge (a ridiculously reasonable $5 whether one performed or not) and made a list of what performers arrived. She also posted on Facebook a summary of who performed and what songs were done.

Much credit also belongs to some other individuals. In the beginning bassist Mike Boone and pianist Orrin Evans pianist helped anchor the first rhythm section. Furthermore, photographers Les Hinton and Steve Cain were at the Sunday Jam since the beginning documenting the Philly scene.

Rob is one of those positive people who radiates encouragement, love, and enthusiasm. To me, he is the LOVE MEISTER! His grandfather, grandmother, and father were musicians, and a very influential uncle in his life was a jazz aficionado. When he and his brothers finally started playing instruments they formed a family jazz group. From there, he has expanded to international touring, jazz festivals, and of course plenty of local gigs. Rob feels blessed to be part of the unique Philly jazz scene.

Kim Tucker is a solid, ubiquitous omnipresence at most jazz events in Philly. (Yes, this is redundant but it emphasizes her reliability and dedication to keeping live jazz performance strong.) She is an independent promoter who knows EVERYONE! When one thinks of support for Philadelphia jazz, one thinks of her.

Did you ever get to the Sunday Open Jam Session at LaRose?

Some very heavy-duty world-class performers will drop in to a jazz jam session (similar to famous dancers dropping in to a ballet studio for a class while traveling.) Duck Scott, Earl Curry, .... you never know who could show up to hone his or her chops at the LaRose Sunday Jazz Jam.

It was a special place in Philadelphia jazz history. 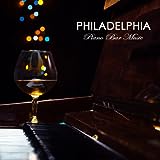