LC a.k.a. Lauren Conrad has launched her LA Candy, the first on the series of three books. The book was release on June 16, 2009 and has already hit a spot on the top of the New York Times Best Seller list

Some people would guess it would be the next novel that would reign after Twilight.

Lauren is really adored and loved by people, from her first reality show Laguna Beach, fans and viewers just easily get hooked. Then, her next show The Hills has earned her a Teen’s Choice Awards for Female Reality TV Star. From Laguna Beach to The Hills, fans are like obsessed with following Lauren’s life.

That is so LA!

Back to Lauren’s new LC, LA Candy is a semi-autobiographical novel about a 19-year-old girl who moves to LA and becomes the star of a reality show. Sounds familiar?

I think, it’s what makes it interesting. And obviously, it’s what makes the book included on the Best Seller. People are not yet over with Lauren’s fabulous life. They are still hooked on following her life’s journey.

After all, Lauren’s life inspires us to live life and make our dreams come true.

Fabulous, glamorous, controversial, famous --that is so LA! 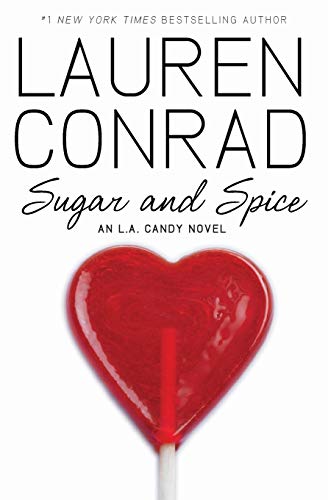