Best of British Comedy -The League of Gentlemen

It's A Local Hub For Local People

If you don't get the reference in the title, then you must be new to the weird and wacky world of BBC TV's cult series, League of Gentlemen. The show was on TV between 1997 and 2000 and re-emerged in a new guise (with new characters but the same idea) as Psychoville.

League of Gentlemen was a show that dared to go where other comedies dared not go. They didn't mind exposing viewers to a set of characters so odd that you were, by human nature, drawn to them.

League of Gentlemen started as a bunch of sketches by some friends from Wakefield in Yorkshire, England, which they honed and took to the Edinburgh Festival, winning the prestigious Perrier Award for it in 1997.

The League of Gentlemen was the first British 'sitcom' for many years to reintroduce the idea of doing sketches to tell the stories of Royston Vasey's many characters.

It is seen as the forerunner of such shows as The Fast Show and latterly, Little Britain, starring David Walliams and Matt Lucas, which was script-edited by League of Gentlemen's Mark Gatiss.

In fact, Little Britain's format is very, very similar in that it all appears to take place in the same town but it is not underpinned by the 'Hero's Journey' (see paragraph at the foot of this hub) in the same way as League of Gentlemen.

I hope you will have a look at the videos which really give you a flavour of League of Gentlemen's dark underbelly, Royston Vasey is funny and horrific, a cross between Last Of The Summer Wine and Village of the Damned.

Royston Vasey is the small town in which the whole series of League of Gentlemen is set.

As you enter this small Northern town, the sign reads 'Welcome to Royston Vasey, You'll Never Leave!' I wish I could tell you it was boasting about its many valuable assets making you want to stay but I fear I cannot.

Let's have a look at some of its most 'endearing' characters.

Visitors come to the 'Local' Shop

"A local shop for local people"

Owners of the local shop, Edward and Tubbs Tattsyrup are perhaps Royston Vasey's most memorable inhabitants.

Expertly portrayed by Reece Shearsmith (Edward) and Steve Pemberton (Tubbs). They manage the shop to their own standards and dislike anybody coming into the store who might move things around.

One episode even has Tubbs appearing to breast-feed a baby. When the camera pans in, she is actually suckling a piglet. Totally gross but you laugh anyway because Steve Pemberton makes Tubbs seem both appalling and vulnerable.

Plans are underway for a new road to link Royston Vasey to the next town, town planners and road engineers pay a visit to the store.  Knowledge of this change to Royston Vasey's infrastructure will lead the Tattsyrups into a spiral of despair.

Viewers get to see this descent into even more madness in successive episodes.

Hilary Briss - the Local Butcher (but what else does he provide for customers?)

Mark Gatiss plays Hilary Briss who owns a traditional butchers shop on the main road in the centre of Royston Vasey. He plays Hilary with a level of creepiness which makes you cringe when you watch him but the storyline, where local people turn up in often desperate states asking him for a package are really funny.

Will we ever get to find out what Hilary is providing?

He licks his lips in that creepy way of his and tells customers, "I've got a package....if you're interested?"

Customers rush out of his shop as Hilary laughs and sharpens his knives but we always see them return later and take away the 'package' which Hilary brings out from underneath the butcher's counter.  Very mysterious.

Mr Chinery - Is this the UK's Worst Veterinary Surgeon?

Mr Matthew Chinery is such a sweetheart. If you visited his practice on Royston Vasey high street, you would expect the utmost care.

He is, truly, a sweet, young man, devoted to caring for the animals in his charge.

It's a shame he is so perennially unlucky and the recipients of his misfortune are...yes, you guessed it, the animals.

(No animals were hurt in the making of the programme!)

Babs is, in many respects even more mysterious that Hilary Briss. At least we get ot see Hilary's face. We never ever see Babs face but we do get to hear her voice and see other parts of her anatomy.

Given what we know about Babs and 'her' deep desire to become a real woman, we can't help but feeling, given the physical obstacles that she may not be the most feminine transsexual in the UK.

Pauline At The Job Centre

Pauline, played by Steve Pemberton is the 'mentor' for the many unemployed people from Royston Vasey. Arguable, her daftest pupil is Mickey who hangs on her every word but is mistreated and humiliated by her in the most appalling way week in and week out.

Pauline has no respect for these men at all.  The sketches at the Job Centre were very much a satirical look at the UK's ideas for getting men back into work.  They were made to attend workshops or lose their welfare benefits.  Pauline was the woman given the job of supporting their efforts to find work.

In most episodes, the League of Gentlemen series had a few comedy sketch inserts.

Sometimes they were no longer than one minute but had an immediate impact.

The Dating Agency sketch does go on for a few minutes but is really, really funny. Reece Shearsmith plays the young lady tasked with entering up Steve Pemberton's details to see if she can match him up with a girl looking for someone with his 'attributes'.

Steve Pemberton is wearing dark contact lenses and false teeth and this gives his young man both a vulnerable and creepy 'quality'.

Mrs Levinson, played by Reece Shearsmith is one of Royston Vasey's wealthier inhabitants.

She lives in her own, privately-owned home, doesn't work and has a cleaner, Iris, come in every day to do her housework.

The exchanges between the two women are really funny with Mrs Levinson constantly going on about her money, many holidays and the stresses and strains in her life.

Iris is the person with whom she shares her thoughts.

Iris, of course, has no interest whatsoever in Mrs Levinson who she knows is no more than a snob.

To our delight, Iris always turns around Mrs Levinson's complaints about her husband with her joy at her own husband. The talk of his sexual prowess is hilarious as this clip shows.

This is basically all a game of one-upmanship - Yes, you can have all of the money in the world but it won't necessarily make you happy. For Iris, happinesss can take many forms!

League of Gentlemen and The Hero's Journey

League of Gentlemen begins with the arrival of Benjamin.

Benjamin is a young man visiting relatives in Royston Vasey with the intention of hiking in the area.

We are immediately introduced to Babs in her cab (Babs is a transsexual - a shapeshifter) and also to the fact that for Benjamin, Royston Vasey is unlike any place he has ever been before.

League of Gentlemen are using a 'formula' which is well-respected and understood by writers as the 'hero's journey'.

The Hero's Journey can be seen in such films as Star Wars, the Harry Potter movies, The Wizard of Oz, Pulp Fiction and The Lion King.

The structure of such stories have mythical roots (as described by the writer, Joseph Campbell) and go back to mythological ideas espoused by the likes of Homer and Virgil.

Basically you introduce a character to a 'new' environment and then introduce the inhabitants and establish how they will affect the 'hero'. 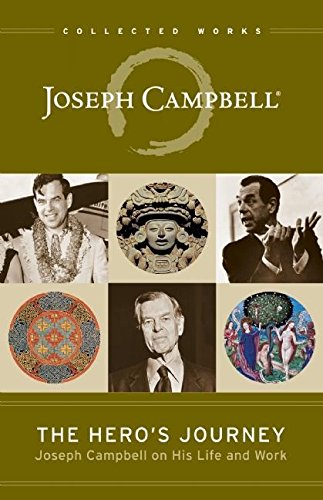 Whilst League of Gentlemen doesn't take the hero's journey to its established conclusion, they do use the structure in a very loose way to tell Benjamin's story whilst also introducing us to a lot of 'shapeshifters' (most of League of Gentlemens' characters are played by the 3 same actors, Reece Shearsmith, Mark Gatiss and Steve Pemberton) and placing Benjamin at the mercy of his weird relatives, the Dentons, who eventually imprison him in their home, leading him to his many 'ordeals' on the way to freedom.

Another comedy which uses the hero's journey as a template is The Full Monty.

I think League 0f Gentlemen was successful (and still has a huge cult following) because at its heart was the travails of an ordinary man in a very extraordinary environment, Royston Vasey. The scripts were always funny but underpinned with intelligence. By the end of the first series, you knew all of the characters and their flaws intimately.

It never failed to surprise and occasionally had the ability to shock!  I hope I have whetted your appetite to check it out - you will either love it or hate it - it seems to have that effect on people.