Leo Women are great. Many of them are beautiful red-haired or golden-haired beauties of the screen and stage. But even those who are not exposed to the large audience have a pleasant appearance. They own the nobility and many outstanding abilities.

Leo is not a modest field daisy, but a luxurious garden rose. She is very popular between men, and has a great number of fans.

She dresses in her own taste that does not concise with the fashion and is very confident of what she decides to be dressed in.

Leo Woman loves sports, but you better invite her to the theater than a stadium. Invite your lady to dinner after the show, but not in some cafe, but in an expensive restaurant with a solid audience and a very good reputation.

Sometimes Leo can be arrogant. But do not blame her for being born "Crown Princess" and for feeling higher than other signs. She is kind, sweet and noble, and people are willing to forgive her shortcomings.

Leo is active, intellectual, witty, and feminine. Therefore, it can not be locked in four walls. Allow her to continue a professional career or to receive visitors at home and answer with a return visit.

Leo is the perfect type of woman for a high society man. She is the most aristocratic from all other signs and has the ability to behave in society. She has a talent for leadership, can create a stylish home, to become the first with her social group and help move her husband's success in business, arranging entertainment parties. She attracts people to their house and causes a great deal of respect. She refers to the type of women that a husband will always wants to introduce to his boss, because she can make a very nice impression that can only benefit her husband career.

Leo is an excellent hostess. She can always entertain and fascinate guests. She appreciates female friendship not very much, preferring the company of men.
Leo Woman in love is sincere, impulsive, and generous. She likes to have fans, but is too proud to engage in casual relationships.

In her presence you can never afford to flirt and even smile gently to the other women.

Let us continue our journey with some famous Leo actresses and singers:

Charlize Theron was born on August 07, 1975. Charlize Theron has starred in many movies such as Hancock, Aeon Flux, The burning plain and East of Havana, Monster, etc.

The movie Monster (2003) brought Charlize Theron her Oscar for her magnificent performance at "Best Actress in a Leading Role".

Halle Berry was born on August 14, 1966. She has won many awards including Best Actress Oscar and has even been a Bond Girl.
Halle Berry was awarded a star on the Hollywood Walk of Fame for her contributions to the film industry.

Sandra Bullock was born on July 26, 1964. She became popular in the 1990s after playing her roles in successful films like Speed and While You Were Sleeping. In the present she ia a well-known Hollywood leading actress.

Hilary Swank was born on July 30, 1974. She was nine years old when she starred in her first play as "Mowgli" in "The Jungle Book." 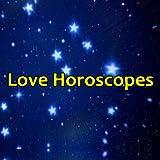 Amber Hay was born on July 27, 1987. She appears in several 2008 films, including the Larry Bishop biker movie Hell Ride, and Surfer Dude. She also stars as Paris Hilton in the 2009 movie, Hollywood Brats, also Hay played Hilton in the popular YouTube video, "Paris in Jail.

They came here to rule.

The task of home - the whole world to control.

She is very gracious.

But, unfortunately, not always convenient to all.

World is a scene for Leo.

Star of the captivating and unusual.

She is incredibly brave. In fury and passion,

There is not a drop of fear of danger.

She is adventurous, dramatic, passionate.

All the power of faith in the highest truth force,

And the darkness is dangerous for them as the grave.

The first shadows of doubt only haze.

Not compatible with the earth and water.

She is up to the end - The Lover and Hero.