A short life well lived, he was with us, only 40 short summers - from 9 October 1940 to 8 December 1980. He was ironically assassinated by a deranged fan who had just a few hours earlier requested his autograph.

The only child born to an eclectic mother, Julia, he was always an individualist. His father was a merchant seaman, and after a fight with his mother, the couple parted. Because of her unusual way of life, he spent most of his childhood with his legal guardian and aunt, Mimi. His mother was however a profound influence upon him. She thought that everything was possible in life, and believed in his musical talent most of all. She taught him how to play the banjo and lent him money for his first guitar.

John spoke about his childhood in later years and how his unusual childhood affected him.

Even as a young child, he knew he would be a legend someday.

"I used to say to my auntie, 'You throw my f***in' poetry out, and you'll regret it when I'm famous,' and she threw the bast*rd stuff out. I never forgave her for not treating me like a fu*kin' genius or whatever I was when I was a child."

John Lennon and Paul McCartney met at school where they played in the same skiffle band. A skiffle band specializes in instruments made from household items, like a paper and comb kazoo, washboards, cigar box violins. The effects of this skiffle band beginning could be heard in Beatles songs like Penny Lane, Yellow Submarine and others - unlike other rock bands at the time, the Beatles combined a variety of music sources, which helped put their music on a classic rock level. Half a century later, their music has endured.

"Time you enjoy wasting, was not wasted."

Their friendship evolved into the hugely successful musical writing team of Lennon and McCartney which helped define the music of the era and has been considered a highly evolved, classical form of rock and roll.

John met and married his high school sweetheart Cynthia Powell, a lovely art student who he met in calligraphy class. In spite of her upper class background, he called her Cyn. After some time she became pregnant with his first son Julian, who he named in honor of his mother, Julia.

In Cynthia's biography of John "A Twist of Lennon" (her second husband's name was Twist, and this was her new surname), she recalled many private moments with the man she loved.

"He's bloody marvelous, Cyn! ... Who's gonna be a famous rocker like his Dad then?"

But as Julian grew up, John became more cynical. Later on in life, he would refer to Julian as (a):

"Saturday night special; the way that most people get here",

or that his only son:

"came out of a whiskey bottle"

Cynthia shared an apartment with his aunt Mimi, and things didn't go so well. They were on the third floor without an elevator, and John spent long weeks on the road, often finding another woman, but always returning home to his lovely wife.

Band manager Brian Epstein didn't want people to know that John was a married man, capitalizing on his appeal to the young girls who adored him. Brian Epstein even invited himself on Cynthia and John's honeymoon and vacations. Being the wife of a rock and roll star was not the lifestyle of a typical marriage, but Cynthia adapted and made the best of it.

Later in life, after he had become the father of his son Sean, John had a few more words to say about the art of parenting:

"The pressures of being a parent are equal to any pressure on earth. To be a conscious parent, and really look to that little being's mental and physical health, is a responsibility which most of us, including me, avoid most of the time because it's too hard."

"The reason why kids are crazy is because nobody can face the responsibility of bringing them up."

Meanwhile, the Beatles were making history in Great Britain. They recorded their debut album in only ten hours in February 1963 with no idea what the future would hold. It was fun for them, no one could guess that their music would change the world.

"We were just writing songs ... pop songs with no more thought of them than that–to create a sound. And the words were almost irrelevant"

A year later, in February 1964 the Beatles invaded America. Their world famous debut on the Ed Sullivan show was mobbed with feverish teen-aged girls. This event alone opened the door to international stardom. Two year of non-stop touring, recording and book writing followed. The band was unstoppable, despite the protests of the older generation, who often criticized the band’s mop-top hairdos.

"[Reporter: How did you find America?] We turned left at Greenland."

Modesty was part of his style. He didn't forget to give credit where credit was due.

At the ripe old age of 23 years old, John was a husband, father, and rock and roll sensation.

Many baby boomers looked to the Beatles, especially John, who was the oldest and perhaps the most intellectual and philosophic. He was their own little Elvis, and when he gained weight they said he was in his "fat Elvis" stage.

John explains the phenomenon of the group's popularity very philosophically:

and perhaps the best explanation of all :

He managed to make quite a few people angry with him, and the following quote nearly did the group in:

Although the comment went nearly unnoticed in England, it created a huge backlash of publicity in the United States. There were Beatles album smashing and varied threats on John’s life, including threats from the Ku Klux Klan. After that, the Beatles stopped touring entirely after 1966.

The Beatles’ disintegration was also apparent. There were hard feelings between the band members, especially towards co-founder Paul McCartney. Paul had already tried to leave the group in 1967, but held off for awhile. The Sergeant Pepper album created a hoax that "Paul is dead" designed to sell many more albums. Secret messages were recorded which could be heard when the album was played backwards.

In 1970, Paul decided to release his first solo album called “Ram” in early 1970. Together with his wife Linda Eastman McCartney, he later formed the hit group Wings which recorded many Top 40 singles. John recollected what the Beatles really were - just a supergroup.

John's grudge against friend and band member Paul McCartney continued until the last few years of his life. He felt that Paul had gotten the best situation of the bunch. A few years before he died he and Paul finally reconciled.

Other band members, Ringo Starr and George Harrison also went solo, with relative but limited success in comparison to John and Paul.

Love and Partnership in 1980

After being introduced to LSD at a dinner party, drugs were in the picture and John's life spiraled downwards. A friend had slipped them LSD and John began daily drug use. There were troubles at home and in the group. John's ability as a songwriter suffered.

"The worst drugs are as bad as anybody's told you. It's just a dumb trip, which I can't condemn people if they get into it, because one gets into it for one's own personal, social, emotional reasons. It's something to be avoided if one can help it."

In 1967, their long time band manager and friend Brian Epstein unexpectedly died, leaving the band without course of direction. Paul informally attempted to lead the group, but in reality, it was the beginning of the end.

"I knew we were in trouble then. I didn't have any misconceptions about our ability to do anything other than play music, and I was scared"

John was rarely home, and when he was, he was highly uncommunicative. At this point in John's life, he became romantically involved with an avant-garde artist of Japanese origin named Yoko Ono. After his wife’s vacation in Greece, she returned home to find them alone together, Ono brazenly wearing Cynthia's bathrobe. The marriage, which had long been strained, was now officially over. John and Cynthia divorced in 1968, and John married his mistress in 1969.

"He didn't come out of my belly, but my God, I've made his bones, because I've attended to every meal, and how he sleeps, and the fact that he swims like a fish because I took him to the ocean. I'm so proud of all those things. But he is my biggest pride."

Yoko, the manager, knew how to handle everything.

"I don't know how much money I've got . . . I did ask the accountant how much it came to. I wrote it down on a bit of paper. But I've lost the bit of paper."

His home life obviously had the stability that he craved.

"I've had the boyhood thing of being Elvis. Now I want to be with my best friend, and my best friend's my wife. Who could ask for anything more?"

"As usual, there is a great woman behind every idiot"

Never materialistic, he gave the old adage a new twist.

"I don't care too much for money, money can't buy me love."

After a five year pause from the music industry, John released a hit “(Just Like) Starting Over” in October of 1980 followed by his album “Double Fantasy”. John had considered altering the name of one song “I’m Losing You” to Afraid I’m Losing You. He had felt superstitious that it invited negativity and bad luck

Your opinion of John Lennon

Three weeks after Double Fantasy was released, the most unexpected of things happened.

On December 8, 1980, John Lennon was assassinated. In every way, the incident was unthinkable. A few hours earlier, John had autographed a Double Fantasy album for the man, who unceremoniously shot John four times in the back. Standing at the entrance to their building, he never knew what hit him.

"I'm not afraid of dying. To me dying is like getting out of one car and into another."

"Yeah we all shine on, like the moon, and the stars, and the sun."

For John Lennon, despite the fun and chaotic road from his obscure life to superstar and back again, he was remarkably grounded. For him, love and simplicity was life. More than anything, everything revolved around love... 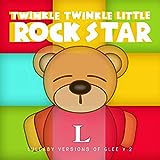 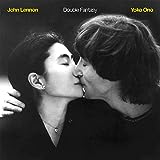