Music that Changes Your Taste in Music

M. Ward, is a singer-songwriter and guitarist. His music is bluesy folk rock - hard to explain. You really must hear it to appreciate it. His work on the guitar is absolutely amazing, better than I have heard in quite some time. M. Ward's music has a way of changing you. It changes your mood when you hear it, and it changes how you judge music in general...and occasionally it changes how you think.

M. Ward is clearly focused on his music...not the music business. He doesn't pander to popularity or the mass market, and the end result is extraordinary.

M. Ward has partnered with some other great artists in the formation of two groups She & Him (M. Ward and Zooey Deschanel) and Monsters of Folk (with Conor Oberst, Jim James, and Mike Mogis). 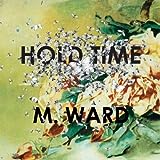 Hold Time
CDAlthough he's been compared to everyone from John Fahey to Tom Waits to Howe Gelb, with "Hold Time", it's clear that M. Ward, with his brilliant guitar playing and innate sense of melody, is one of those rare and special talents who defy comparison and compartmentalization. His deft guitar picking, bar room piano, and voice like drizzled honey make him a huge favorite of music critics and the focus of public praise from such disparate talents as Norah Jones and Oasis' Noel Gallagher.This album is also being released as an LP Record.
Buy Now

How Long Have You Been A Fan of M. Ward?

How Long Have You Been A M. Ward Fan?

These are a few of my favorite M. Ward songs. Listen to clips from these songs here. These are all available for download as MP3s from amazon.com. 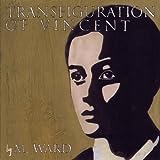 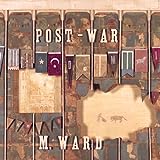 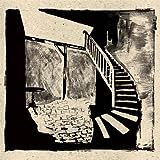 It Was A Beautiful Car
Buy Now 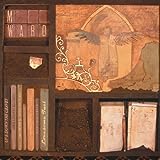 You Still Believe In Me
Buy Now 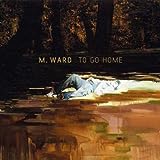 End of Amnesia
Ward is a musical genius. This, his second album, is mostly acoustic. It is an amazing display of what he has in him. This music has the ability to transport you to a different place and perhaps a different time - though I can't quite place where or when. It is amazing!
Buy Now 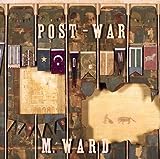 Post War
The fifth M. Ward album and his most absorbing yet. Its songs unravel their world-wearied tales of life, love, and human kindness with an innate and special grace, helped in part by the very talented friends who join him on this record, such as Neko Case and Mike Mogis, as well as old "Monsters Of Folk" touring buddy Jim James (My Morning Jacket). Look for him on tour this fall.
Buy Now

Duet for Guitars #2
This is M. Ward's first record, originally released by Co-Dependent Records in 1999, then re-released in 2000 by M's friend Howe Gelb (Giant Sand) on his Ow-Om label. It has been out of print ever since. Now Merge is offering this re-mastered version with THREE BONUS tracks.
Buy Now 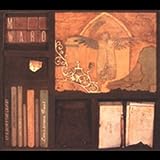 Transistor Radio
From a half-named troubadour with an otherworldly voice and an old time sensibility comes this fourth full-length, a collection of songs "about childhood memories of a utopian radio power", dedicated to "the last of the remaining independent radio stations." With songs normally associated with the front porches of Louisiana, back when families gathered around the radio instead of the TV, "Transistor Radio" fits somewhere between your great-grandfather's collection of 78 rpm records and current and timeless artists such as Iron & Wine, Gram Parsons, and Tom Waits. Guests include Jim James (My Morning Jacket), Jenny Lewis (Rilo Kiley), Howe Gelb (Giant Sand), and Jordan Hudson (The Thermals).
Buy Now 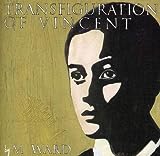 M. Ward - Transfiguration of Vincent
Full of snappy, loping pop tunes interwoven with mellow instrumental passages, Transfiguration of Vincent shows Ward to be a terrific folk and blues guitarist, a perceptive, witty storyteller, and--in tossing piano, percussion, harmonica, and various other instruments into mixes that never feel the least bit cluttered--an imaginative arranger. He's also an expressive vocalist, whether in a winsome upper register that recalls Ben Harper or his sandy-throated midrange. There's not a weak moment on this dark-horse gem of a disc. --Anders Smith Lindall
Buy Now

She & Him: Volume One 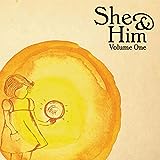 Volume One
This is the musical debut from M. Ward and Zooey Deschanel, paired together by director Martin Hayens to perform the Richard and Linda Thompson tune "When I Get To The Border" for his film "The Go-Getter". Their match sparked the idea for "Volume One". Limited touring this spring.
Buy Now

She & Him - Original Songs