A Little Background About Deryl Dodd

Deryl Dwaine Dodd was born in 1964 and raised in Dallas, Texas.

In 1991, he moved to Nashville, Tennessee. He sang harmony vocals for Martina McBride, Radney Foster and George Ducas. He also played in Tracy Lawrence's road band and co-wrote a song on Tim McGraw's "All I Want" album.

In 1999, Dodd was diagnosed with viral encephalitis, leaving him bedridden for six months followed by 18 months of rehab. He also had to re-learn how to play the guitar. Once he had fully recovered, he attended several writers' nights in Nashville, and was signed as an opening act on Tim McGraw and Faith Hill's Soul2Soul tour.

Some of my favorite Deryl Dodd songs are, "Sundown", "That's How I Got To Memphis", "Pearl Snaps" and "A Bitter End".

I didn't know all of this about Deryl Dodd the night I met him in 2005.

Shortly after my divorce to my first husband, three of my friends invited me out to an outdoor concert. Country music artist Deryl Dodd was performing in a quaint local establishment and I thought it would be fun so I joined them.

At the time, I really only knew of a couple songs by Deryl Dodd, but I knew of one I really liked. It was his cover version of Gordon Lightfoot's "Sundown". His version had such a sexy soulful country sound that I thought really did the song justice.

If there's one thing you can count on for an outdoor concert in central Texas in the summer it's heat. It was too hot to be performing an hour's worth of songs, but he did and we enjoyed it.

After the show, two of my friends wondered off to talk to the owner of the club while the other gal and I sat and chatted. We noticed that a particularly rowdy bunch of women that sat towards the front had managed to make their way to Deryl Dodd who was standing off to the side of the outdoor stage. We could also see that he had a young, but stout bouncer standing guard at the edge of the roped off area. We watched with fascination as the rowdiest of the girls grabbed Deryl Dodd and planted a huge kiss right on his lips!

My friend Megan wasn't particularly interested in Deryl Dodd but she wasn't going to be left sitting alone. So, off we stomped towards Mr. Bouncer-Dude. We assumed that once we got to him, he'd politely tell us to wait our turn. Instead, we were met with, "I'm sorry, you're not allowed past this point". Just as I was about to protest, Deryl Dodd looked our way and motioned for us to join him. I quickly told Mr. Bouncer-Dude, "Hey! Deryl is calling me to come back, see!" He turns to Deryl and Deryl nods his approval. I looked at Megan and grinned as we squeezed past Mr. Bouncer-Dude.

The giggling rowdy bunch seemed to move along just as we got near Deryl. With a big grin he extended his hand to shake mine.

All I could do was blurt out what was on my mind. "I saw that woman plant a big ole kiss on you..." and before I could finish my sentence, he interjected "I knooooooow, she just grabbed me and I didn't know what was going on!" I could tell by his expression that he wasn't overly pleased that she had done that. That soon squelched the rest of my sentence where I had planned to ask for my turn at a kiss. I had figured it wouldn't hurt to ask.

He must have read my face because he quickly offered me a hug and asked if I'd like to have my picture taken with him as he pointed to my cellphone. Unfortunately, my piece of crap phone didn't have picture-taking capabilities. So, I graciously accepted a hug from this very sweaty hunk even though I had really been hoping for a kiss.

Next, he turned to my friend Megan and as soon as her prissy hands touched the steamy moistness of his shoulders she recoiled as fast as lightning spurting out a loud "ewwwwwww, you're all wet". He simply chuckled and said, "I did just perform for an hour in the Texas heat, ma'am". I just love it when a cowboy says "ma'am".

Embarrassed a bit by her reaction, I took her hand and we walked off to find Brad and Angie.

Once we found Brad and Angie, Brad announced that he was pretty much ready to go home. Brad and Megan lived together in an apartment not too far away and we had all come together in my car. Angie was still enjoying talking to the owner and I wasn't quite ready to end the night either. I offered to run Brad and Megan home real quick and come back. 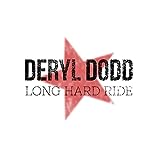 Coming Back to the Club Alone

After quickly dropping off Brad and Megan, I went back to the club. This time I parked along the side since some of the crowd was dwindling. As I weaved my way through the few parked cars that were left, I came upon a van that was being loaded with equipment. With my head down, paying attention so that I didn't step into a rut in the backfield parking lot, someone from the van spoke up, "hey".

I turned to see that it was Deryl Dodd sitting in the van with the side door slid open. I turned to see who he was talking to. With no one else around, I shyly asked, "who, me?" He said, "yes, you, come here". He was holding a CD in his hand so I immediately thought he probably wanted to try to peddle another sale. As I stood there in front of him, he extended his right hand and once again shook my hand and looked deeply into my eyes this time. He said, "I really appreciate you coming tonight. I told him that I really enjoyed the show and attempted to pull my hand back from what seemed a lengthy handshake. He grasped my hand and said, "I'm not finished yet" and slowly took my hand to his lips and gave me a gentle kiss on my hand.

With my mind whirling with all sorts of thoughts, some of them I haven't shared with anyone, I thanked him and walked away to find Angie. I know I must have bored her to tears with the story, but I thought it was the most considerate thing a musical artist could have done.

He didn't have to stop me, he could have let me walk on by.

He didn't have to kiss my hand, particularly, when I was already pulling it away.

Did he recall the look on my face when I discovered I wasn't going to get a kiss earlier? I don't know, maybe he did.

My point is, he went well above and beyond on this hot Texas night and he gained a lot of respect from me. If you ever have a chance to see Deryl Dodd in concert, it will be well worth your time. He is a true artist with heart.