Merlin is a new fantasy adventure tv show from NBC. Merlin premiered in the United States on June 21, 2009.

Merlin was originally produced for the BBC and the first season has already been aired in full in Britain. The show has already been picked up for a second season, which will begin on September 19, 2009 in Britain. A US premiere date for season two has not been announced.

Thanks to some friends from our former colonial overlord, I've been lucky enough to see the entire first season already and I expect Merlin to be a family hit in America as it was in Britain. The show is one of a relatively rare breed that is suitable for children (even relatively young ones, though there are a few scary or intense moments you may wish to censor for the youngest viewers) but mature enough to be enjoyable for adults. 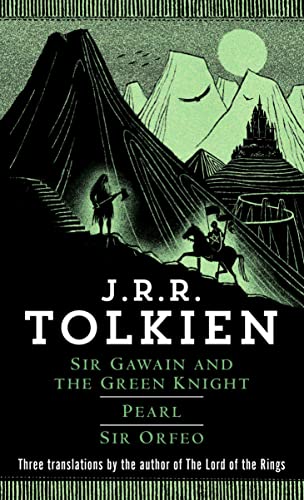 Arthurian With a Twist

I was a huge Arthurian geek in high school and read a pretty significant percentage of the retellings published at that time, from Sir Gawain and the Green Knight to The Once and Future King to The Mists of Avalon and beyond. I was also a Greek mythology geek in high school and have yet to forgive Disney for Hercules, so I was wary of trying Merlin, even though my friends were going nuts over how much fun it was.

But finally I gave in and honestly, even though I spent a lot of time answering my son's questions about the plot, with "NONONONO, that's not how it REALLY was!" I found the many, many inaccuracies endearing, not annoying. Even this early into the show's hoped-for 5-year run, it was already possible to see the outlines of the legend coming together, and someone less knowledgeable about Arthurian legend likely wouldn't be bothered in the least.

The show is based around young Merlin, and depicts him as a contemporary of Arthur, not a mentor. In this version of the legend, Uther Pendragon, Arthur's father and king of Camelot, has a serious grudge against magic and has made sorcery a crime punishable by death, so when Merlin arrives with a letter of introduction from his mother to Gaius, the court physician, Gaius quickly impresses on his new teenage ward the importance of keeping his skills secret.

Unfortunately for any attempts to keep a low profile, Merlin gets off to a bad start when he inadvertantly insults Prince Arthur... and then proceeds to save Arthur's life. As a reward, Uther makes Merlin Arthur's personal manservant, a decision neither Gaius nor the boys themselves are pleased about.

Magic may be forbidden, but that doesn't stop a great deal of it from happening anyway, and by the end of the season you find you really can't blame Uther for wanting it extinguished. Hardly a week goes by when some angry sorcerer or magical beast isn't threatening the life, limb, or security of Uther, Arthur, or Camelot itself!

In another twist, Morgana is Uther's ward, not Arthur's half-sister, and Guinevere is her maid.

Tony Head (of Buffy the Vampire Slayer fame) and Richard Wilson (of more movies and shows that I can possibly list) are the most solid actors among the cast, as one would expect, but the younger cast members are charming and charismatic and grow increasingly comfortable with their roles as the season progresses.

There is excellent chemistry between all the cast members, especially Colin and Bradley as Merlin and Arthur and Katie and Angel as Morgana and Gwen.

In short, Merlin is a fun, adventurous romp with some nice bonus eye candy, and I can't wait for more episodes!

Check out the preview!