On the way to work this morning in Perth, Australia an announcement was made on the radio that Michael Jackson had suffered cardiac arrest and was rushed to hospital. There were rumours that he had died but I wasn't quick to jump as these things tend to be exaggerated sometimes when you're dealing with a massive celebrity.

By the time I got into work, it had been confirmed by CNN. Michael Jackson had died, aged 50... Total disbelief. He's immortal, how could he die? He's my favorite artist of all time. This Hub is My Tribute To A Legend.

5 Reasons Why Michael Jackson is the King of Pop...

Michael Jackson's talent as a musician and songwriter is phenomenal. Aside from his awesome range and singing abilities that everyone knows about, in particular I'm continually fascinated by his ability to beatbox vocally when writing his music. Initially I thought he couldn't play any instruments but he can. There's a haunting clip on the Dangerous: Short Films DVD showing Michael on the piano and he sings with his younger self from the Jackson 5 days.

Any shortcomings he may have had in playing instruments in the past were more than accounted for by his vocal abilities. I remember Paul McCartney making a comment in a video about working with Michael on "Say, Say, Say". Paul could play practically every instrument but Michael knew exactly how he wanted something to sound and had very concrete, amazing ideas.

The fact that he has solely written some of his biggest hits such as "Billie Jean", "Beat It" and "Black or White" among others is a testament to his legendary songwriting abilities. Even on his recent Invincible album, the biggest highlights would have to be the two songs he wrote by himself "Speechless" which showcases his a capella talent and "The Lost Children" which features a children's choir to an awesome simple melody.

One particular example of his fascinating beatboxing ability is his live a capella performance of "Who Is It" during his interview with Oprah Winfrey in 1993. You can also hear him perform a similar take at the end of the Dangerous album version of "Who Is It" when the song strips down back to basics as it concludes.

(Note: the part I'm talking about is the first minute of the video, the rest is someone's attempt at a remix by changing the playback speed)

I lived in Indonesia for a couple of years as a child. There were very few English programs on TV - one of them was an American Top 30 music show that played all the latest video clips of songs that were in the Top 30 on the Billboard Charts. "Black or White" was Number One for 7 weeks in late 1991.

That "short film" was what got me into music in general. I'd never really paid attention to it before. The innovative morphing technology, the backdrop, the panther scene, the moves, the intro sketch with Macaulay Culkin... they made that much of an impression on me that I went out and bought the Dangerous tape. It was the first cassette I owned. I still regard that clip as one of Jackson's finest.

From that point on, I began tracking his career and delving into his back catalogue. What an amazing back catalogue! "Thriller" is still regarded as one of the best short films of all time. Little did I know that John Landis was the man behind the camera of that too (he also directed "Black or White"). It was a mini-movie. It doesn't compare to anything that was out at the same time! It became an art form. It paved the way for black artists to be shown on MTV and helped boost the sales of other artists just by driving people into the record stores!

In his DVD movie Moonwalker more fantastic special affects are utilised. Apart from the dancing with cartoon characters, how cool was that Impossible Lean in the "Smooth Criminal" performance? What was even cooler was that he and his dancers replicated it in his Dangerous: Live From Bucharest concert with no harnesses or cables. Find out how it was done here. 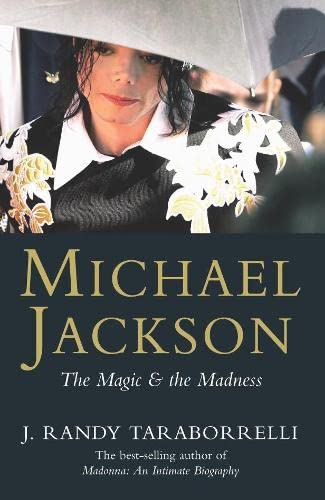 Michael Jackson: The Magic and the Madness
Buy Now

It's been said "No one moves like Michael Jackson". He takes the energy of James Brown, the grace of Fred Astaire and combines it with his own raw talent and magic to create a visual spectacular. He's inspired and influenced an entire generation of artists. Watch an Usher or Justin Timberlake concert and you'll notice it immediately.

Michael's signature dance move, the Moonwalk, debuted to the world in his now legendary Motown 25 performance, catapulted him into the stratosphere of stardom (if he wasn't there already). As J. Randy Taraborrelli noted in the biography Michael Jackson: The Magic and the Madness, "Billie Jean" would have had to have been the only non-Motown song on the show, but it was a condition agreed to in order to have Michael appear on the show.

From the moonwalk, to the sidewalk (sideways moonwalk), to the camel walk (often seen in "Billie Jean" live), to the robot, to the tap moves and the multi-rotation spinning (from "Man In The Mirror") - each move is delivered with unwavering energy and precision. Watch an entire concert on DVD from start to finish and I challenge you to find one moment where Michael Jackson makes a wrong step. It's the Ultimate Performance.

Michael Jackson seems to have always had a business mind. In performances, he had a knack for being unique even to the ideas of wearing one white glove and a fedora hat. As I mentioned above, he reluctantly agreed to the Motown 25 performance on the condition that they allowed him to perform the non-Motown song, "Billie Jean". When it came to his fortune and his biggest asset (himself) he always surrounded himself with people that delivered.

"John Branca" is a name that is often associated with Michael Jackson. In the Thriller days, record companies didn't pay much attention to music videos. While they paid a big amount for "Billie Jean", Michael had to fund the short films for "Beat It" and "Thriller" himself. John Branca reportedly came up with the idea of filming a "Making of Thriller" video to help cover the costs of the famous short film. Ingenius! It has clips of Michael Jackson rehearsing and displaying his great knowledge of how to operate a video camera. There is one instance where a choreographer is showing Michael some moves - Michael performs the move but adds his own element of magic to it to make it unique. He does it better than the choreographer himself!

Another important and well-known business venture was his acquisition of The Beatles catalogue. He bought it from Perth, Australia's millionaire, Robert Holmes a Court among songs from other artists in the ATV Music collection. Part of the deal was that Michael Jackson had to visit Perth and appear on the annual Channel 7 Telethon, which is a 24 hour fundraiser event that benefits the local children's hospital. In 1985 he did just that but couldn't perform because of contractual agreements in which he was bound. It was a good business move that paid off very well in the end.

There are now reports that Michael Jackson has passed away being a few hundred million dollars in debt. His lavish spending habits were witnessed in the Martin Bashir documentary and it's a wonder what has happened. One way Michael has always generated a huge influx of cash was through his concerts and this may be a reason behind the recently announced "This Is It" comeback concert series. However author J. Randy Taraborelli told CBS News in an interview that "Michael Jackson doesn't do anything for money... He had a sense of urgency about wanting his kids to see him perform. I believe it was about the passing of the legacy to his children..." Another possible reason for the debt could be the large sums of money spent in the courts. Everyone wanted a piece of Michael Jackson - unfortunately for him, he was the Big Fish. 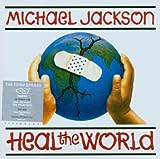 The amount of time and money Michael Jackson has poured into humanitarian causes is often unfortunately overshadowed by the media hype surrounding his personal life.

Most people are familiar with the incident in 1984 where Michael's hair gets burned during the filming of a Pepsi commercial. (Eminem recently poked fun at this in his video "Just Lose It". But Michael got the last laugh in the end because he recently purchased the rights to a collection of songs including Eminem's!) Michael could have sued but Pepsi made a large payout that helped establish the Michael Jackson Burn Center to help treat burns victims.

In 1985, Michael Jackson headlined a whole bunch of artists to record a song he co-wrote with Lionel Richie called "We Are The World". All the proceeds of this song went towards attempting to eliminate famine in Africa. It raised an unprecedented $60m!

In 1992, Michael set up the "Heal The World" foundation to help fight AIDS and juvenile diabetes among other conditions. The message in the single of the same name is to stop the violence and hatred and to live in harmony with each other.

Michael's Neverland Ranch is also known to be a place he made available free of charge for terminally ill children. They would come in and play with the animals and go on the ferris wheel and other rides. What a lovely but expensive gesture!

Michael has had a lot of professional success but he has also given a hell of a lot back. I hope this is one aspect that is emphasized by the media in the documentaries following his death.

With both Michael Jackson and Farrah Fawcett passing away within hours of each other, it is somewhat reminiscent of the sudden death of Princess Diana followed by Mother Teresa in the same week back in 1997. A complete and utter tragedy.

Eternal Moonwalk: This is an entertaining website! It starts off as a clip of Michael Jackson doing the moonwalk off the edge of the video screen. Then the next video clips after that are all fans doing their own take on the moonwalk, one after another. Some do it well, some not particularly well, some are funny. I think it is an original and fun approach to a tribute!