Michael Landon: Sent to us from Heaven?

A Homage to Michael Landon

My fellow Hubber’s refer to Michael Landon over and over in our correspondence. Eventually it occurred to me that my writing was the kind of thing that would appeal to anyone who loved Little House on the Prairie series. I was probably its biggest fan with its emphasis on family values. Each and every episode seems to tug at my heartstrings.

It is the creative genius of Michael Landon that made it all happen, of course. Michael was multi-talented: singer, actor, writer, director, and producer. He never failed to become a best friend with all those around him, often taking them into his home and treating them like family.

It could be that Michael learned much about family values when he appeared in the Bonanza series. He was one of the three sons. Yep--it was a story about a father and his sons. That was pretty much it. The stories took place well after the father had acquired his fortune. He wielded power, fame, and fortune and the sons shared in the limelight. Michael soon became involved in writing and directing some of the episodes and most would agree that these were always the better episodes. Michael was beginning to blossom with his emotional stories that tugged at the heart.

It was no surprise, as we look back, that Michael pitched the idea “Little House on the Prairie” and made it his own creation. This series features a husband and wife raising their two daughters. Four characters were featured as in the Bonanza series and having a wife could add more dimensions to the scripts. Gone was the power of the family that was featured in Bonanza and we find it replaced with the struggle to make ends meet and survive in the wilderness. One could say that it was much like Bonanza if it had taken place about ten years earlier.

Having children featured into the stories rather than older teens and young adults gives the scripts something meatier to grab onto. There can be problems with the bully at school, competition with the brat, problems learning, and just about anything.

With the new format, the father has an opportunity to teach his children lessons in morals. Not having money to solve problems can tug at the heartstrings too. Yes, Michael had found his creative niche here and it could be argued that he was an angel from heaven sent to teach us the great moral lessons.

In my youth, I was at a YMCA teen dance and Michael Landon and his wife dropped in and made an unscheduled appearance. There was no question that he was a star. He had a presence that electrified the air. He kept his wife close at this side and it was obvious they were in love. He did little more that say a few words and wave goodbye, but it left an impression to this day. I had seen greatness first hand.

Two Angels Were Sent From Heaven

"Highway to Heaven" was Michael in Every Way

He went on to produce a number of series, most notably, Highway to Heaven. This was the next step, two angels sent to redeem themselves by doing good deeds. Family values and lessons in morals could abound without being subtle. Michael owned this series outright. This was Michael in every respect.

We do know he was not a perfect individual and often drank Vodka and had tantrums on the set. I see that weakness as the price one pays for stardom—the pressures of meeting deadlines, keeping everything afloat, knowing that the success or failure of everyone hangs entirely upon you. That is a minor transgression, indeed when one can see the legacy he has left behind for all of us to see.

Imagine that you had two sons and hoped they would turn out to be forthright individuals.

If you left one to enjoy the Little House episodes and the other to watch music videos on a daily basis for many years, which one is likely to turn out the better son?

I learned from Michael

I am pretty much the person I am today because of this series. I remember a moment in my life that may have been influenced by the series. I had just graduated from college with an art degree. I was determined to be involved in art all my life. I was on the phone and the personnel director said I could have one of two jobs: art teacher or special ed. I had five seconds to give my answer and suddenly I saw a new path before me. “I’ll take the special ed. position, please.”

“Thank you Reynold—you have the job.”

I taught for thirty three years and never regretted a moment of that decision. I think there was an angel on my shoulder.

A Moment of Reflection...

Now I can stand back and look at my novels. Am I influenced by Mr. Landon? In my premise “Seeds from Heaven” a family is sent from heaven to save the world. A grandfather, father, and son and daughter make up the four seeds. God has not told them who they are. They believe that they are everyday ordinary people. They live their lives slowly discovering who they are and find themselves battling evil at every turn. Sometimes it is something small, like how do I teach these children?” Other times it is far reaching and extends to battling evil empires that threaten to engulf the world.

Well now, this does sound like something Michael would cook up. I guess a little of Michael shows up in my writing. Those little moral lessons he loved so much appear on every page.

His legacy will live on through others and I’m proud to be a small part of it.

Lean against the Wind available at Amazon.

Michael Landon tribute with music: "The day before you came..." 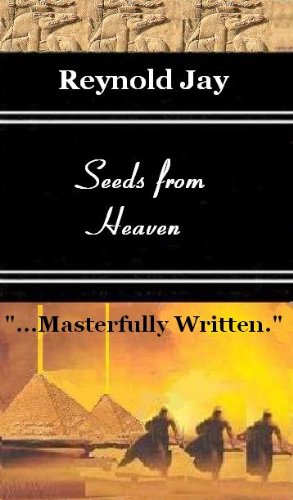 Lean against the Wind