The year 2010 marks one century since the Mormon Tabernacle Choir made their first acoustic recording.

I have personally sat in the tabernacle in Salt Lake City, and listened to the Choir as they were rehearsing for a broadcast. The acoustics in the tabernacle are truly amazing, and I love to see and hear the large organ and the pipes that are mounted on the wall behind the choir. It is overwhelming when so many men and women join together in singing inspired hymns and classical music.

The MOTAB as they have been nicknamed have risen from obscurity to fame. They did not become well known until they made a trip to the Chicago World's Fair in 1893 where they won 2nd place in a choral competition. 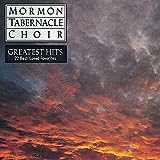 Recording Milestones of the MOTAB

1959: The Battle Hymn of the Republic recorded

1963: Gold Record Status in the United States with The Lord's Prayer album

1979: The Joy of Christmas received gold record status in the U.S.

1981: The Power and the Glory: First digital recording

1985: The Mormon Tabernacle Choir Sings Christmas Carols and Joy to the World albums reached gold record status in the U.S.

1991: Carols of Christmas reached platinum record status in the U.S.

2003: The Tabernacle Choir founded its own recording label

2007: Spirit of the Season with Sissel reached number one on the Billboard Classical Charts

The Mormon church's second, President Brigham Young passed away in 1877, which is the same year that Thomas Edison invented the phonograph. In time, three major recording companies dominated the recording industry: Edison, Victor and Columbia. They each hurried to add the best musicians to their list.

In those early days, sound recording was not very refined. Artists had to stand directly in front of a large flared horn focusing their sound into an acoustic recording device. It was pretty adequate for soloists, but not adequate for choirs.

Columia took the lead in inventing a machine that could capture the music of large groups. By 1909 the technology had progressed sufficiently to record the Mormon Tabernacle Choir and their organ. The first recording machine weighed 500 pounds and Columbia had created one a fifth the size so it was much easier to transport.

The first recording included around 300 choir members. The recording engineer was Alexander Hausmann, Evan Stephens, the Tabernacle Choir conductor and J.J. McClellan the organist. One of the first recording was Wagner's Tannhauser overture.

The biggest challenge was getting the recording machine in the best place to record the choir and organ. It was moved to several locations before one was decided on. It ended up being suspended on a rope stretched across from one gallery to another with two horns. One faced the sopranos and altos and another for the tenors and basses. Another horn was put in front of the large organ.

The organist, McClellan had to play the accompaniment double forte (very loud) so it could be heard. Members of the choir had to cluster close together facing the horns. Soloists had to stand close to the horn bells. Well, you can see that things have changed quite a bit since then.

Newspapers reported that the choir performed with vim and vigor which could carry the listeners almost off their feet. The recordings were taken back to New York City for more work in the factory.

After the recording hit the radio waves, it did not take too long before Columbia Records announced that the Tabernacle Choir had a Pop Hit! The song that had become so popular was "The Battle Hymn of the Republic" which was recorded together with the Philadelphia Orchestra.They had mad a 12 song album in 1959 called The Lord's Prayer . Radio disc jockeys played the pop hit across the United States and it stayed on Billboard's Top 40 chars for 11 weeks.

The Choir appeared n the Ed Sullivan show in 1958 celebrating its international recognition.

The Choir received a Grammy Award for "Best Performance by a Chorus in October 1959. They performed the song on the very first Grammy televised broadcast which featured other recording artists including Ella Fitzgerald, Nat King Cole and Bobby Darin.

The Battle Hymn of the Republic is considered to be one of the MOTAB choir's signature numbers.

The Mormon Tabernacle Choir has been showcased in more than 175 albums. The most important honor for the choir is the impact of the coir's music upon its listeners. They truly have been good will ambassadors for the LDS Church (Mormons). This is a tribute to them. This information was extracted from an article in the September 2010 issue of the Ensign .

As of this writing, October 2019, the name has been changed to Tabernacle Choir. My son-in-law, Siope Kinikini is a member of the choir and has toured with them.