It's just an ordinary rabbit, isn't it?

Behold the terrible Rabbit of Caerbannog. You will die more horribly than any prospective buyer has ever died before. With the Rabbit's mouth opened, the red lupine tongue and the massive curved teeth exposed, an awful dread may well creep into your blood, chilling you to the core of your soul. Look past the convenient camouflage of the cute bubblegum-pink nose and downy-textured snow-white fur. Look past the facade and see Death in the form of jagged teeth and baleful red eyes. You have only mere moments left to live.

The Knights of The Round Table are led by ominous Tim the Enchanter to the Cave of Caerbannog, where they must face the cave's monster guardian. When the monster appears just outside the cave, a terrible Rabbit with Big Pointy Teeth, poised among smoky bone and skull detritus, the knights scoff disgustingly at Tim's strident warnings. The Rabbit promptly beheads one knight before careening from one victim to the next, opening jugulars in a blood-sprayed one-bunny reign of stark terror.

Killer rabbits for your feet, People love fuzzy bunny slippers but how does the rabbit feel about it? Now you can terrorize small pets and dust bunnies around the house with this high-quality, cuddly, fluffy footwear. Watch the killer rabbit's sharp-toothed mouth bounce up and down as you walk, these slippers are suitable for a wide range of foot sizes but they best fit men's sizes 8-12. Why not slip into a pair of your own? 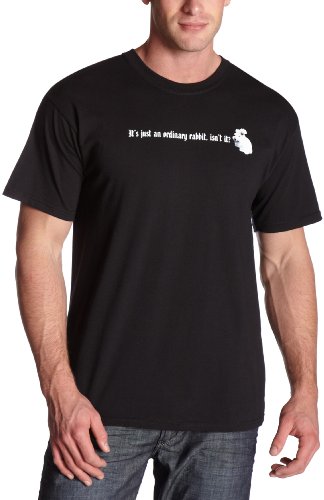 Plush toy, approximately 5 inches in length. Spring loaded, just squeeze his rear end and the rabbit will open his mouth and show you his pointy teeth.

We'll not risk another frontal assault. That Rabbit's Dynamite!

Monty Python and the Holy Grail

Could this be the funniest movie ever made? By any rational measure of comedy, this medieval romp from the Monty Python troupe certainly belongs on the short list of candidates. According to Leonard Maltin's Movie & Video Guide, it's "recommended for fans only," but we say hogwash to that--you could be a complete newcomer to the Python phenomenon and still find this send-up of the Arthurian legend to be wet-your-pants hilarious. It's basically a series of sketches woven together as King Arthur's quest for the Holy Grail, with Graham Chapman as the King, Terry Gilliam as his simpleton sidekick Patsy, and the rest of the Python gang filling out a variety of outrageous roles. The comedy highlights are too numerous to mention, but once you've seen Arthur's outrageously bloody encounter with the ominous Black Knight (John Cleese), you'll know that nothing's sacred in the Python school of comedy. From holy hand grenades to killer bunnies to the absurdity of the three-headed knights who say "Ni--!," this is the kind of movie that will strike you as fantastically funny or just plain silly, but why stop there? It's all over the map, and the pace lags a bit here and there, but for every throwaway gag the Pythons have invented, there's a bit of subtle business or grand-scale insanity that's utterly inspired. The sum of this madness is a movie that's beloved by anyone with a pulse and an irreverent sense of humor. If this movie doesn't make you laugh, you're almost certainly dead.

Come no further, for death awaits you all with nasty, big, pointy teeth, Tim the Enchanter, Monty Python and the Holy Grail. You are warned. Do not, repeat not purchase any copies of this item, as it is a creature so foul, so cruel that no man yet has fought with it and lived. This life size version of the famous death-dealing rabbit has light up eyes, a soft, rabbit-like body, and razor like teeth. 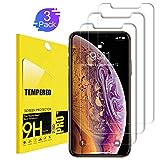 Deep from within the bowels of the cave comes a cute fluffy rabbit. Hopping over rocks and prancing it's way toward the lights. Little does one know that this rabbit is the most foul, cruel, rodent that you've ever laid eyes on!

Run away! Run away!