Sequels made years after their predecessor have a pretty spotty history. Actors and filmmakers age, and years away from these characters can cause filmmakers and actors to lose their rhythm and forget what made that film special to begin with. This year alone has seen several examples of sequels to long gone franchises with varying quality. Terminator Genysis had its highlights but was overall a bust. Jurassic World was a flawed but solid popcorn flick, and Mad Max: Fury Road was amazing. However, the Rocky films have already tread this water before with Rocky Balboa. And... that turned out pretty well. Rocky is a series that - although it has had ups and downs - has not only been solid but has proven it can go the distance. So the question was in the air? Was Creed going to be a Fury Road or would it be just another cash grab... Or would it fall somewhere in between?

On paper, Creed's premise sounds simple. Adonis Creed is the son of Apollo Creed (over the course of the movie, we learn that Apollo had an affair around the time of Rocky IV). Adonis grew up fighting before learning of his bloodline. Despite a new cushy life, Adonis wants to follow in his father's footsteps - even going so far as to change his name so nobody knows he is the son of the former world champion. Adonis Creed is so committed to becoming a great fighter that he moves to the Philadelphia slums and trains with Rocky Balboa. Similar to the original Rocky film, Adonis Creed is a talented fighter who snags a match with the world champion.

Creed may sounds like a formula picture, but it goes so much deeper. As a matter of fact, there a tons of scenes in the movie that would feel contrived or predictable. However, Creed takes things in such new directions. Without giving anything way, there is a plot twist in the middle of the movie that feels like it was pulled straight from the big book of predictable twists. However, the characters' reactions and the way it ties into the story is not only effective, but almost made me misty-eyed.

This is the type of film that should please fans of the original series and newcomers. I went in expecting a whole ton of callbacks and in-jokes referencing the previous films that fortunately never came. True, there are conversations that help bridge the gap between the series, and these are handled quite well - especially considering the films this series relies on for continuity are substantially different thematically from this film. Rocky himself does not have some hero's welcome, instead just humbly showing up in the first act. The film sparingly uses the famous "Gonna Fly Now", saving it for when the film truly needs it. As a matter of fact, the film's original score definitely stands on its own - taking a few cues from the classic Bill Conti score while having its own identity. This score is triumphant, the kind of music to play during a workout. It may even provide a few goosebumps.

In his first film in the series, Adonis Creed is pretty well fleshed out. We see early on that he has his strengths and weaknesses. He has a good heart, but loses his temper quickly. He has book smarts but does not always think ahead. Early in the film he is seen throwing away a great job and putting his fancy car on the line just to jumpstart his fighting career. His relationship with Rocky Balboa is the heart of this film. Stallone and Michael B. Jordan have a surprising amount of chemistry with each other. They joke around with each other, having some pretty funny lines. The old-dog/new-dog dynamic is nothing new, but these two actors infuse their scenes with so much personality that it does feel unique and welcome. It is not all fun and games for these two either. There is some resentment with Adonis blaming Rocky for the death of his father - again a great use of a plot point from the series.

Despite Stallone neither directing nor writing the Rocky character in this film, Sly's performance is outstanding. We see so many faces of his personality. He has funny moments. As the last man standing in the Rocky series, Balboa has some truly sad moments - including a genuinely touching cemetery scene. Stallone has been criticized for his acting skills (he holds the record for the most Razzie nominations), however, this is a towering performance that will hopefully at least receive an Oscar nomination.

Creed also develops a relationship with a DJ who is going deaf. Once again, I was expecting some phoned in romance where the girl nags the hero but eventually supports him. However,the romance does work. Creed and Bianca are believable as a couple, and they have their share of sweet moments. Phylicia Rashad has a supporting role as Creed's biological mother. Rashad is a terrific actress (whose place in history may be written for unfortunate reasons) so seeing her in this film is a treat. As the villain "Pretty" Ricky Conlan is a good balance between realistic and over-the-top. He is viscous, brutal, shows he can do damage without coming off as too over the top. And without giving too much away, we do see Conlan has more to his personality than just being a one note bad guy. He has less scream time than the typical Rocky foe, but the filmmakers knew the right cards to play.

Creed's technical aspects are truly astounding as well. The Rocky series has always been know for intense fight scenes, but this one may top them all. Creed's first major fight in the big leagues is done in one continuous shot - not just a static shot either, there are zooms, camera pans and other tricks. Aside from being technically impressive, the raw documentary style actually builds suspense for the scene. Conversely, the final fight between Creed and Conlan has some more theatrical flare, but this works in the film's favor. The editing and sound design creates a roller-coaster of emotions that turn this fight into an absolute nail biter. This is also one of the most brutal fights from any movie in a long time. Every hit looks like it hurt to the point that audiences members may feel the pain from watching this. After years of being neutered, Creed reminds us just how gruesome a PG-13 movie can be as the final fight does hold back. There is blood and plenty of it.

If there is one nitpick with this movie, some of the fight scene editing crosses over into some of the regular scenes. This does not happen to often and the film is overall well edited. In fact, because the movie is so well edited, the few moments that are sloppily edited stick out like a sore thumb. Even with the minor gaffs hopefully Oscar will give some nods to cinematographer Maryse Alberti and editors Claudio Castello and Michael P. Shawver.

Overall, Creed is an excellent film. I went in expecting a contender and this film proved to be a champion. With intense fight scenes, brilliant performances and a superb story, Rocky fans will be pleased with a film that ranks up with (and dare I say may surpass) the original Rocky. Even to people who have never seen a Rocky film, Creed comes highly recommended as a great film that stands on its own merits. 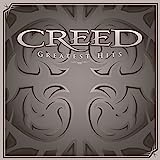