Music: Indie Rock Bands and Artists. Which Is Your Favorite?

Indie music started revolutionizing the world in late 1970's and only grew in fame the more in progressed. From the term of independence, these artists are generally recognized for working separate from a big corporation or record label, releasing their CD's and music however they can. Producing emotion-filled soundtracks of what they want the world to understand and be able to feel, indie groups are very unpredictable and their music can take drastic changes, from having a new electro feel to a grungy rock bluegrass.

It's definitely something special to listen to and each indie artists has their own unique way of doing what they know how to best; original music. It's fairly hard to see sampling or similar soundtracks between these artists, setting them apart from most pop and rock groups, who have a fairly related ring to them.

So I have compiled a list of some of the best indie artists and groups that you need to listen to so you can know what this type of music is and enjoy this different view in music and production. Here they are, in my opinion, the best Indie Bands so far: 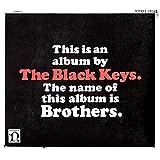 The maturation of the Black Keys as record makers and performers has been both subtle and startling. With their 2008 Nonesuch release 'Attack & Release' - the fifth album of their eight-year career which doubled the sales of their previous album and Nonesuch debut 'Magic Potion' - guitarist Dan Auerbach and drummer Patrick Carney illustrated the durability of their few-frills sound, a mysterious and heavy brew of seventies-vintage rock, classic R&B and timeless, downhearted blues.

Being an indie group can be hard. Starting off on your own, trying to get your music out there to see if people like the new sound. Still, somehow, these groups made it all work and are currently taking over the music industry. Indie has become just as big as any other genre and has a great future ahead with these artists leading it.

Images and Videos Courtesy of: