My Favorite Opera Arias and Duets 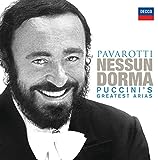 This Italian opera, Turandot, was unfinished by Giacomo Puccini. He suffered from throat cancer and died from a heart attack before he could finish it. Franco Alfano, a friend of Puccini, completed the score, using Puccini's notes for the final duet.

The story is about Princess Turandot who lived in the city of Peking. She would be won by the suitor who could answer three riddles. If he failed, he would be executed.

When the opera begins, the Prince of Persia fails to answer the three riddles and is going to be executed. An old man, Timur, is knocked down in all the excitement and is rescued by his son, a young man, the Unknown Prince named Calef.

Calef falls madly in love with Turandot. He is warned not to try the three riddles, but he can not be persuaded.

He answers the riddles correctly and everyone is delighted except Turandot. She does not want to marry a foreigner but the Emperor answers that he made an oath and it can not be broken.

Calef says that if she can answer one riddle, his name, he will let her off the hook.

In act III of the opera, the herald states that no one must sleep that night before the name of the Unknown Prince is discovered or the penalty is death.

Calef sings his aria - Nessun Dorma - "No one must sleep." He is sure that he will be the one to reveal his name to Turandot and marry her.

After trying all kinds of torture and inducement to find out Calef's name, the guards can not reveal his name. Finally, Calef tells her his name and offers her his life. Turandot, through the process has fallen in love with Calef and finally speaks to the court and says she has learned the stranger's name and it is Love.

Bess, You Is My Woman Now - Gershwin

Although this is a duet, it is one of my favorites.

The best known song from this opera, Porgy and Bess is Summertime, also one of my  favorites, but Bess, You is My Woman Now is less known.

The music from Porgy and Bess is written by George Gershwin. The story is about a crippled, black man, Porgy, who lives in the slums of Charleston, South Carolina, the fictitious Catfish Row. He is in love with Bess, a women of questionable character who is hooked up with no-good abusive lover, Crown, and a drug dealer, Sportin' Life. Crown becomes wanted for murder and leaves. Porgy is the only person who will offer Bess a place to live. Listen to the music. It's beautiful!

This famous aria from the opera Pagliacci is sung after Canio, a clown in a traveling show, discovers his wife has been unfaithful to him. He must go onstage anyway, (The show must go on).  His heart is broken but he must be happy on the outside.

Here is an English translation of the lyrics:

Go on stage, while I’m nearly delirious?
I don’t know what I’m saying or what I’m doing!
And yet, chin up! I’ll try harder. bah, you think you’re a man?
You’re just a clown! on with the show, man,
And put on your white-face.
The people pay you and you must make them laugh.
And if harlequin should steal your columbine, laugh,
You’re pagliaccio, and the world will clap for you!
Turn into banter all your pain and sorrow,
And with your clowns’ face hide grief and distress...
Laugh loud, pagliaccio, forget all of your troubles,
Laugh off the pain that so empoisons your heart. 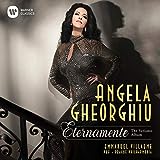 This beautiful aria comes from the opera Madame Butterfly.

Madame Butterfly is the story of a beautiful young geisha in Nagasaki, Japan  who sacrifices her family by an arranged marriage to a US Naval officer, Lieutenant Benjamin Franklin Pinkerton. She gives up her religion and follows Christianity.

Butterfly has a son and hopes that one day her husband will come back to her. He does come back but with his American wife.

When Butterfly finally realizes the truth, she ultimately takes her own life for her American husband.

This beautiful aria, Un bel di vedremo, is sung when Lieutenant Pinkerton has been gone for 3 years and Butterfly is told that he will never come back. At first she is angry but then she sings how one day he will sail into the harbor, come up the hill and again meet his beloved wife.