I would do a general top 5 based on popular opinion, but when it comes to film scores--and films themselves--you’ll find it’s impossible for me to be objective, as with any other form of art. Sure, John Williams’ scores are without a doubt masterful and emotionally evocative manipulations of sound, but apart from the soundtracks for Jurassic Park, A.I. Artificial Intelligence (yes, this stands out for me) and Star Wars: Episode III I was never that charmed, to be honest. I’ve never been a huge film buff regarding movies prior to the late 1960s, either, so I’m fairly unfamiliar with a lot of the brilliant soundtracks that came during that period.

These are the soundtracks that have managed to stir my emotions the most, giving me a listening experience unlike any other.

This one recently came to my attention once again, having re-watched Scorsese’s 1976 masterpiece about lonely love- and sanity-deprived cabbie Travis Bickle. This was sadly Bernard Herrmann’s final score before his passing at the age of 64 in 1975, before this film even came out. He didn’t go out with a whimper, however, instead making his final effort one of the best soundtracks of all time, sealing a legacy I’m sure every composer wishes they could leave.

The score itself opens the film with an isolated, almost militaristic drumroll that fades in and out along with an army of instruments, which then leads into the soft melancholic saxophone melody that we hear throughout the film. It’s the perfect theme for Robert De Niro's portrayal of Travis, with the sad and tired sax sounding like a solitary soul crying out for company and comfort on a cold New York night. The score does an excellent job of tracking both Travis’s delicate, needy side and eventual slip into the bleak darkness of unstoppable insanity. With this soundtrack, as Dylan Thomas would’ve put it, Herrmann did not “go gentle into that good night.” 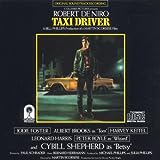 I'm aware this is the second time The Omen has wound up in a “top five” of mine.

Horror films are not typically regarded for their score, with typical tension-building composition serving only to back up the images we see, which usually just involve cheap jump-scares these days, but Jerry Goldsmith’s score for The Omen in 1976 stood out as a unique and amazing soundtrack to a classic film that otherwise would’ve suffered. I fell in love with this OST during high school.

Goldsmith managed to produce a soundtrack unlike any other and made it exceptionally creepy. The theme “Ave Satani” is a somber greeting, with the enjoyably evil satanic hymn of “sanguis bibimus, corpus edimus, tolle corpus Satani” (grammatically incorrect Latin for: “We drink the blood, we eat the flesh, raise the body of Satan”) playing over the opening credits.

Many tracks such as “On This Night” have exotic flute cues in them or general instrumentation that have always made me think of the jungle, or back to ancient times during the primordial origins of modern man in Africa along with the supposed Garden of Eden, making me perceive little antichrist Damien Thorn as “original sin” incarnate—displaced in modern times. The final track that plays in the movie, “Don’t Let Him”, really emphasizes the internal struggle Damien’s human father Robert faces when he knows he has to murder his child.

Without Jerry Goldsmith, this film’s horror would have been trumped to an extent, although it is still a legit classic even without him. It’s no surprise Goldsmith's score earned him Oscars in 1976 for both Best Original Score and Best Original Song—the first and only instance for any horror film. Oh yeah, Bernard Herrmann was also posthumously nominated for both his Taxi Driver and Obsession scores that same year. 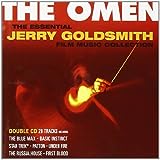 While Vangelis may be eternally known for the overexposed Chariots of Fire theme, many fans know this Greek composer's magnum opus lies with the soundtrack to Blade Runner in 1982. With the entire score produced using an expertly handled CS-80 synthesizer, the relaxing opening tune alone sucks you right into the film as Harrison Ford's Rick Deckard glides over the futuristic LA industrial park in his flying car.

The entire composition of this score perfectly matches the tone of the film, complementing the cool blue-green lighting present in practically every scene. The synth sound gives the film the feel of a future noir, with some saxophone sprinkled in “Love Theme” and a synthesized sax sound in “Blade Runner Blues”. Like Taxi Driver, the soundtrack captures the loneliness and solemness of the main character better than any other could.

There are several unused compositions that didn't make it into the film, but are available on both the original release and 25th anniversary edition of the OST. My personal favorite is “Wait For Me”, for which I made a Blade Runner music video back in '08 on shitty Windows Movie Maker, followed by “Leon's Room”, "Desolation Path" and the amazing “Tears In Rain”, which ended the film awesomely. And nobody could forget the more energetic “End Titles”, which is usually perceived as the Blade Runner theme and makes it sound more like an action film than a sci-fi exploration of the meaning of humanity.

It's a damn shame Vangelis isn't utilized in movies these days, but his style is most likely viewed as outdated. 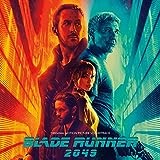 Yes, it's cheesy, especially in the first film, but I can't help but love Brad Fiedel's score for the first two Terminator films. In the first film it was mostly heavy '80s synth, with a punk-ish feel only a total nerd would actually find badass, but, in certain respects I am a nerd and I definitely enjoyed this soundtrack.

Terminator 2's score, on the other hand, had a more high-budgeted feel to it, with the previously simplistic and ominous theme rebuilt into a full-on orchestrated composition. This score was more intense, emotional, epic and ultimately percussion-filled; there were a lot of sounds of metal pipes banging throughout, to the point where it almost sounded like an Eric Serra score (you'll know what I mean if you watch Goldeneye, The Fifth Element or Léon: The Professional). There's no denying that the Terminator films would not have felt the same without his help.

Unfortunately, like Vangelis, Fiedel hasn't really landed any work in the film industry lately now that synthesizers are apparently frowned upon by Hollywood executives.

Yet another one of my top horror films makes it onto this list.

My favorite body-horror flick by David Cronenberg has an amazing and eloquent score to accompany it, thanks to Howard Shore. This was in 1986, well before his days as the (sorry, my opinion) forgettable composer of the Lord of the Rings trilogy.

Throughout The Fly, Howard Shore manages to encapsulate all of Seth Brundle's hopes and ultimately his horrific failures in changing the world with teleportation. As Jeff Goldblum's Brundle transforms into the half-human, half-fly creature brought about by his unique accident, the score grows increasingly deeper into despair, and it really pulls at you as it does. We feel the pain of both Brundle and his girlfriend Veronica Quaife as the story progresses, largely because of Shore's musical inflections. It works as both a horror and drama film soundtrack, really.

The track at the end of the film truly seals the tragedy of Brundle's tale.

Have any suggestions or disputes? I'm happy to hear them.