My Unbelievable, Sometimes Horrifying, Ever-Perplexing but Entirely True Adventures in the Film and TV Biz: Finale

l’m still standing, because I don’t know how to quit. While that trait may be a considered a character flaw for some, over and again it has proven to be nothing less than key to my survival as a creative artist.

I’ll advise you based on my experiences: Either you give up, or you do not. Day by day, you scale the highest peak of the highest mountain you need to climb, you swat away the fires or other obstacles, and you stand tall ... or you do not.

As Yoda said, “Do. Or do not. There is no try.” Never discount the words of green gremlin-like pop-culture icons.

Success is actionable. Common sense, no? As I mentioned elsewhere in this series, you have the same 24 hours in a day as John Lennon, Pablo Picasso, and Mark Twain.

Then why aren’t you there, yet? Why aren’t you where you want to be? In fairness, though I have cultivated what some consider a “successful career” to this point, getting there has been fraught with turmoil. My creative passions have been hell on relationships, and balance is always a battle. I still worry about money. If I don’t create, or sell, I don’t get paid. Despite talk to the contrary, usually from those attempting to use logic and not really in the know, once you attain some success, life does not get easier. It gets busier.

How busy do you want to be? How many hours do you want, or need, to expend on your passion?

How you utilize those hours is what makes the difference. If you are not attaining your desired result, you need to pivot.

Though I have some achievements behind me, I am personally not comfortable. I am nowhere near where I want to be.

I still need to win that Oscar for Best Screenplay.

I’m 54 now. As of January 14, 2018. My dad has been gone for seven years, having passed away of a rare liver disease. He didn’t drink. Life isn’t always fair. My mom is doing well; my brothers, and their families, all good. My wife, she’s fine. My ”other wife,“ my career ... honestly, achievements aside, it’s had its ups and downs.

I’ve worked regularly. I’ve made sales in television and film, and continue to do so. I am a multi-published author of an acclaimed series of fantasy novels. I am a partner in a new TV development company. And I’ve had disappointments I would not allow to crush me. I’d already been through too much. My spirit is unbreakable.

And that’s the best advice I can offer you, fellow content creators: Convince yourself that giving up on your dreams is more difficult than continuing your artistic journey. There is nothing wrong with taking a sabbatical, but never lose sight of your goals. Together, we comprise an artistic community that cannot ever be broken. A chain. If one link falls, the others falter; however, with the turn of a tool the links that remain still have a chance at connecting.

It’s sometimes wrenching to accept seeing one of your associates “make it” when you have not, regardless of how “happy” you are for them. You may be more talented, but if you quit the world will never know just how much you had to offer.

But your sense of resentment will surely be heightened.

Do what you must to stay inspired.

More advice: Network, network, network. Speak to everyone. Do for others, and others will want to do for you. Don’t be “just good.“ Be “the best.“ As Steve Martin said, “Be so good at something you cannot be ignored.” Go where the elephants are, as in, attend events where those you believe you should meet gather on a regular basis, such as restaurants, speaking engagements, film festivals, pro networking groups ... anywhere and everywhere. Do your research.

Nearly every U.S. state has its share of opportunity. “I live in Idaho” is not an excuse. The Internet can be of immense help in that regard. So can a plane ticket, if you can afford it, to attend an out of town event. If not, maybe driving is an option.

Get out of your comfort zone.

Learn how to say “no.” You want respect, “no” is the strongest word you can offer. Do not write for free. Do not allow yourself to be taken advantage of. The business of Hollywood is a tough nut. Artists are not always respected, as many simply refuse to learn the business and are subsequently preyed upon. Chances are, if you undertake an unpaid writing assignment, for example, with the promise of “exposure,” three people will see the end result: yourself, the hiring party, and your mother.

If you’re lucky. The frustration that creeps in from there is a demon that threatens to stop your progress cold.

Where frustration goes, the dreaded artist’s block tends to follow. You may want to be pre-emptive in that regard ...

As for me, I continue to move forward. My new company has several televison series in development ... making me no different than most in my business. Everyone in Los Angeles, it seems, has a television show, or movie, “in development.” So, again, I need to be the best.

I need to continue to practice what I preach.

This is my life now. I built it, for better or worse. Maybe one day, I’ll retire. Maybe I won’t.

As it is with me, your career really is up to you.

A Resource For Strength From Frustration 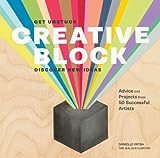