Just what are Neon Trees?

Isn’t it awesome when you see someone you know personally work so hard for something and then finally get exactly what they worked for?  I have seen that happen for a group of “kids” known as Neon Trees.

You may wonder, what the heck are Neon Trees?

What Are Neon Trees

Behind the Scenes with Neon Trees

Neon Trees The Rock Band that is Mormon

Neon Trees in the beginning...

Although the band was “officially” started in the home of the BYU Cougars, Provo, Utah, it was actually conceived in Southern California, as Chris Allen and Tyler Glenn made it their brain child. Both of these neighborhood boys moved from Murrieta, California to Utah and started the makings of the band, Neon Trees. It wasn’t until Branden Campbell and Elaine Bradley joined the group that things really started happening for Neon Trees. In 2008 they were given the chance to be the opening band for the musical group, The Killers, which gave them national exposure. Soon after the tour with The Killers they were signed by Mercury Records and released their first album with Mercury/Def Jam, called Habits.

Although I am way above the "average age" that would probably be a typical fan for this popular group, I love the catchy sound of their new single, Animal, and find myself singing it over and over. It takes me back to the "New Wave" sound that I used to listen to as a young adult on KROQ, when Thomas Dolby and Men Without Hats first hit the musical scene. Neon Trees uses a clapping series in Animal that reminds me of one of my favorite songs by Dolby,Europa and the Pirate Twins.

I guess what I am trying to say is that Neon Trees has a sound that can transcend age barriers.

When I first saw the video of Animal I absolutely loved it! Perhaps the familiar location of Lone Rock Beach at Lake Powell, made it instantly endearing for me. I immediately had all my family view it and they loved it too. Animal by Neon Trees became one of our fast favorites.

When I heard Neon Trees was given the opportunity to remake the Animal video I wasn't sure I would enjoy it as much, but was pleasantly surprised. I think the remake of Animal is just as great. Inspired by a scene from Tim Burton's movie, Batman, the group goes on an art museum rampage.The people in the museum change into animals as the song progresses on.

So if the first one was so great, why did they remake it?

Neon Trees explained, "The original was always meant to be a viral video. Something that had the feel of a documentary/in-the-moment vibe. Something that is quite important to us as a band is art and aesthetic and we wanted to make something visually rad for the official vid. I think people will love it and it will have more of the vibe of what are live is, a little more visceral, a little more artistic, but still quite tongue and cheek.”

Take a look at both of them and see which one you like better!

Which Neon Trees "Animal" video is your favorite? 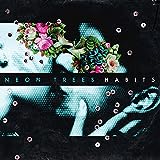 What Neon Trees fans are saying

Hole in my Life by Jack Gantos

Hole in My Life
Buy Now 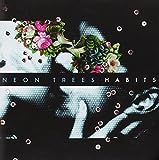 March 16th is the release date for the new Neon Trees album Habits. According to Tyler Glenn, lead singer and keyboardist, the album itself was inspired by the book by Jack Gantos called Hole in My life. Glenn said he could relate with much of what Gantos wrote about himself in his autobiographical book, and felt inspiration from his personal story. In an interview with MTV Music Tyler Glenn explained, “I like to tell stories in my songwriting and I’ve always been obsessed with storytellers who are songwriters. I write a lot about the human experience so definitely this story influenced a lot of what I was writing about at the time. I think half the record, honestly, I can feel the influence of it.” Habits is an album that tells a story.

Neon Trees In The Next Room

From Valour to Tour, Neon Trees

Neon Trees has been supported by loyal fans for years, many of them Utah based from clubs like Valour, in Provo. Brenden Campbell explained, “"I love playing Velour because, to me, it's an exchange of energy. You're throwing it out there, and they're throwing it back, probably because that's where your roots are. Honestly those are the most fun and exciting shows."

Expanding their horizons they have been heard on the new CW show, Life Unexpected, which debuted their song “1983” during one of the recent episodes. They will also be featured on the Jimmy Kimmel Show on March 30. Neon Trees frequently can be seen on MTV and have risen to No.36 on Billboard’s alternative songs chart for their single, Animal.

Heading out on the road in April and May, Neon Trees will be the support act on the 30 Seconds to Mars’ “into the Wild” tour.

"It's a giant opportunity, and I think we're extremely excited to play," Glenn said. "The rooms aren't so massive that we'll be out of touch, but we'll be able to get people really interested. We're glad to be doing a big tour, playing for thousands but after that, we'd like to play some clubs."

Neon Trees in the news

Neon Trees Will Rule The Universe

The popular Southern California radio station KROQ predicted that “Neon Trees will rule the Universe” and touted them as “a band to keep your eye on.” I think that they were totally right... So keep you eyes on Neon Trees.

Brandon talks about his Mormon Mission

In case you are wondering, Neon Trees are Mormon. Quoted from a recent interview, Tyler Glenn explains, "We are all Mormon. None of us party - we all kind of dabbled in our teenage years, but we are all pretty much straight edge now. I grew up in southern California [Temecula] so I'm pretty cultured as far as that experience…We're really not from Utah but living there everyone's played in bands and gone to school there. It's not a big shock because we all kind of dabbled and did our own thing in the teenage years but we've decided we just want to keep things clean. "

Neon Trees Sins of My Youth on Habits

Neon Trees Just A group of Mormon Kids from Provo! 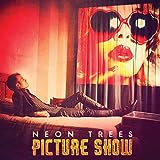