Tribute to Ogden Nash - the King of Light Verse

“People of humor are always in some degree people of genius.” – Samuel Taylor Coleridge

Frederic Ogden Nash was an American poet well known for his light verse – poetry concerning amusing or serious subjects featuring puns, creative rhyme and alliteration. The New York Times said his "droll verse with its unconventional rhymes made him the country's best-known producer of humorous poetry."

Ogden Nash (he dropped the Frederic from his name) graduated from St. George's School, Middletown, Rhode Island, and entered Harvard University in 1920, only to drop out a year later. He returned to St. George's to teach for a year and left to work at a series of other jobs, eventually becoming an editor at Doubleday Publishing, where he first began to write poetry.

Nash moved to Baltimore, Maryland after marrying a Baltimore native. He lived in Baltimore from 1934 and most of his life until his death in 1971. Although he was born in Rye, New York, Nash thought of Baltimore as home. He once wrote "I could have loved New York had I not loved Balti-more."

His first job in New York was as a writer of streetcar card ads for a company that had employed another Baltimore resident, F. Scott Fitzgerald. Nash loved to rhyme. "I think in terms of rhyme, and have since I was six years old," he once stated. He was fond of inventing his own words whenever rhyming words did not exist. In 1931 he published his first collection of poetry – Hard Lines , earning him national recognition. Some of his poems reflected an anti-establishment feeling. For example, one verse, entitled Common Sense , asks: “Why did the Lord give us agility, If not to evade responsibility?”

When Nash wasn't writing poems, he made guest appearances on comedy and radio shows and toured the United States and England, giving lectures at colleges and universities. Nash wrote the lyrics for the Broadway musical, One Touch of Venus, and the 1952 revue, Two's Company.

Some of his most popular poems were a series of animal verses which featured his ingenious rhymes. Examples include "If called by a panther / Don't anther"; "Who wants my jellyfish? / I'm not sellyfish!"; and "The Lord in His wisdom made the fly / And then forgot to tell us why."

Here are some of Nash's poetry and aphorisms that made me laugh the most:

Ode to a Llama

And I would bet A silk pajama ... There isn't any Three-L lllama.

(Nash added a footnote to this poem: "The author's attention has been called to a type of conflagration known as a three-alarmer. Pooh.")

He wrote the following verse in response to Dorothy Parker’s “Men don’t make passes, At girls who wear glasses.”

A girl who is bespectacled ... She may not get her nectacled

But safety pins and bassinets ... Await the girl who fassinets.

Nash's poetry was often a creative twist of an old saying or poem. He expressed this playfulness in what is perhaps his most famous rhyme – an observation based on Joyce Kilmer’s words: "I think that I shall never see a poem lovely as a tree."

I think that I shall never see ... A billboard lovely as a tree.

Indeed, unless the billboards fall ... I'll never see a tree at all.

In Reflections on Ice-Breaking he wrote what is probably his second most famouis rhyme:

The ant has made himself illustrious
Through constant industry industrious.
So what?
Would you be calm and placid
If you were full of formic acid?

The firefly's flame Is something for which science has no name
I can think of nothing eerier
Than flying around with an unidentified glow on a person's posteerier.

Whales have calves,
Cats have kittens,
Bears have cubs,
Bats have bittens,
Swans have cygnets,
Seals have puppies,
But guppies just have little guppies.

Objurgate the centipede,
A bug we do not really need.
At sleepy-time he beats a path
Straight to the bedroom or the bath.
You always wallop where he’s not,
Or, if he is, he makes a spot.

Some primal termite knocked on wood
And tasted it, and found it good!
And that is why your Cousin May
Fell through the parlor floor today.

I’ve never seen an abominable snowman,
I’m hoping not to see one,
I’m also hoping, if I do,
That it will be a wee one.

The wasp and all his numerous family
I look upon as a major calamity.
He throws open his nest with prodigality,
But I distrust his waspitality.

The ostrich roams the great Sahara.
Its mouth is wide, its neck is narra.
It has such long and lofty legs,
I'm glad it sits to lay its eggs.

A shrimp who sought his lady shrimp
Could catch no glimpse
Not even a glimp.
At times, translucence
Is rather a nuisance

The truth I do not stretch or shove, When I state the dog is full of love,

I've also found, by actual test, A wet dog is the lovingest.

Some of Ogden Nash's aphorisms and one-line observations are quoted so often, we are familiar with them although we may not realize he was the author.

"A door is what a dog is perpetually on the wrong side of."

"Progress might have been all right once, but it has gone on too long."

"A family is a unit composed not only of children but of men, women, an occasional animal, and the common cold."

"A husband is a guy who tells you when you've got on too much lipstick and helps you with your girdle when your hips stick."

"Middle age is when you've met so many people that every new person you meet reminds you of someone else."

"Oh, what a tangled web do parents weave when they think that their children are naïve."

"One man's remorse is another man's reminiscence."

"Professional men, they have no cares; whatever happens, they get theirs."

"The trouble with a kitten is that when it grows up, it's always a cat."

"I think remorse ought to stop biting the consciences that feed it."

"I would live all my life in nonchalance and insouciance, Were it not for making a living, which is rather a nouciance."

"Indoors or out, no one relaxes in March, that month of wind and taxes, the wind will presently disappear, the taxes last us all the year."

"Marriage is the alliance of two people, one of whom never remembers birthdays and the other who never forgets them."

"The cow is of the bovine ilk; one end is moo, the other milk."

"An occasional lucky guess as to what makes a wife tick is the best a man can hope for, Even then, no sooner has he learned how to cope with the tick than she tocks."

"Children aren't happy with nothing to ignore, and that's what parents were created for."

"Happiness is having a scratch for every itch."

"I don't mind their having a lot of money, and I don't care how they employ it, but I do think that they damn well ought to admit they enjoy it."

"The bed is a bundle of paradoxes: we go to it with reluctance, yet we quit it with regret; we make up our minds every night to leave it early, but we make up our bodies every morning to keep it late."

"Progress might have been alright once, but it has gone on too long."

"The only people who should really sin are the people who can sin and grin."

"There is only one way to achieve happiness on this terrestrial ball, and that is to have either a clear conscience or none at all."

"Whether elected or appointed he considers himself the Lord's anointed, and indeed the ointment lingers on him so thick you can't get your fingers on him."

“That couple will never be incompatible; as long as he has income, and she is pat-able.”

And my all-time Nash favorite: “Shake and shake the catsup bottle. None comes out and then a lottle.”

Ogden Nash, to me, is the embodiment of Aristotle's discerning quote: "The secret of humor is surprise." He was so right.

B. J. Rakow, Author, "Much of What You Know about Job Search just Ain't So. Readers especially enjoy the chapter with dynamic answers to interview questions, 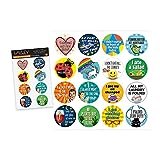