Pinay - Sexy Filipina of the Philippines

Map of the Philippines 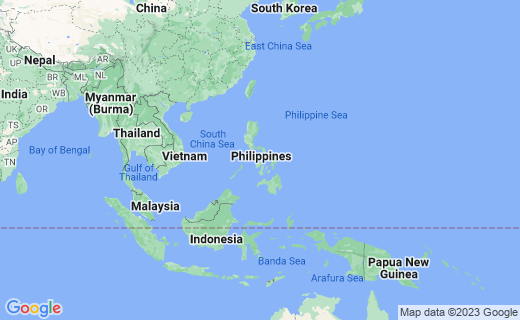 Origin of the words Filipina and Pinay

Informally, the Filipinos are called Pinoys. The word Pinoy (feminine Pinay) was coined by using the last four letters of word Filipino and appending the diminutive "y" : pino + y = pinoy. Hence, a Filipino is a Pinoy, and a Filipina is a Pinay.

Below is my compilation of the sexiest of all Pinays - sexy Filipina or sexy Pinay beauties of the Philippines.

Angel Locsin is a native of the municipality of Santa Maria, province of Bulacan, Philippines. She became prominent for her roles in the primetime TV series "Mulawin" and "Darna", in 2004 and 2005 respectively, under GMA Network, one of the major radio and TV networks in the Philippines. After becoming a superstar under GMA network's stewardship, she controversially moved to ABS-CBN network , her mother network's rival, in 2007.

Marian Rivera, a native of Madrid, Spain, is a Spanish-Filipina actress who rose to prominence with her primetime TV telenovela "Marimar" under GMA network. Angel Locsin was supposed to be the lead star in Marimar, but when she left for the rival network ABS-CBN, Marian Rivera got the lead role. And as history has it, Marimar was such a huge success that it catapulted Marian Rivera to stardom.

Anne Curtis, a native of Wangaratta, Victoria, Australia, is a multi-awarded Australian-Filipina actress. She won the FAMAS Award for Best Actress in 2012 for her role in the film No Other Woman. Anne Curtis' box-office hits include Babe, I Love You and A Secret Love.

Anne Curtis, like Angel Locsin and Marian Rivera, started her show business carreer in GMA Network. But it wasn't until after she moved to ABS-CBN that she got the big break of her career. In 2005, she got the title role in the television series "Kampanerang Kuba" which fast-tracked her rise to fame.

Kim Chiu, is a native of Tacloban City, province of Leyte, southern Philippines. She is a Chinese-Filipina actress who entered the show business by winning the TV reality show Pinoy Big Brother, Teen Edition.

KC Concepcion, a native Manila City, the capital of the Philippines, is a Pinay actress. She is the daughter of megastar Sharon Cuneta and actor Gabby Concepcion. She is also an adopted daughter of former Senator Francis Pangilinan. She started her career as a VJ in MTV Asia.

Ellen Adarna is a Filipina actress from Cebu City, Philippines. She is the eldest daughter of the owner of Queensland Motels, a chain of motels with branches in Cebu, Davao and Manila. Like many other celebrities, she started her career in GMA network (2010-2013) but is currently an ABS-CBN talent. She appeared in the 2014 movie entitled My Illegal Wife, a comedy spoof produced by Skylight Films.

Angelica Panganiban is a famous American-Filipina actress who started her show business career at age 6 and received two Best Child Actress awards. In 2004, at the age of 18, she was already appearing as lead actress starting with the movie "Santa Santita"

Toni Gonzaga is another multi-talented and multi-awarded Filipina actress who is also a recording artist and a TV show host. She also started her career with GMA networks but later transferred to ABS-CBN. She is a regular host of The Buzz, an entertainment talk show and the Pinoy Big Brother, the Philippine version of the reality show Big Brother.

Who is the sexiest among the Pinays?

The Top 10 Sexiest Pinay Celebrities of 2013

Cast your vote for Pinay - Sexy Filipina of the Philippines