The original Predator film was released in 1987 and at the time actually received mediocre reviews. However, an entire generation in their formative years were consumed by it and were immune to snobby critics. That audience still cherish the original, and that view has infiltrated the consciousness of the movie-watching population, who now rightfully remember the film as being awesome.

This impression of the first film has been aided by its less popular sequels. Predator 2, in 1990, was also panned by critics, but much of the audience enjoyed it and it made its money back at the box office. It hasn’t held up as well as the original, partly because the tone and story is much darker.

In 2010 there was a new entry into the Predator Franchise, Predators. It sought to be what Aliens was to the original Alien. This effectively meant rebooting the franchise back to where the first movie finished off, ignoring Predator 2 and the Alien vs. Predator movies. This doesn’t mean that Predators should be measured against Aliens; the two franchises are very different. However, Aliens captured the tone of the first, and that is what Predators needed to do. In 2010, Predators does that in a way none of the previous Predator entries have. I really enjoyed it, and hopefully further sequels carry on in the same vein.

Soon the hunt will begin

In Predator, a team of U.S Special Forces, led by Dutch (Arnold Schwarzenegger) and accompanied by CIA operative George Dillon (Carl Weathers) are dropped in Guatemala with the apparent mission of rescuing a presidential cabinet minister kidnapped by guerrilla forces. However, the find a crashed helicopter and the skinned remains of a Special Forces team and they become suspicious over what is really going on. The team easily dispatches the rebel’s base and take a woman named Anna (Elpidia Carrillo) prisoner.

Dutch and Dillon nearly come to blows when Dillon informs the team that the rescue mission was a ruse to get the team to destroy the camp after his previous squad went missing. The team moves to the extraction point, but two are killed by a mystery assailant. Anna witnesses the first killing, and is visibly distraught by what she saw. She tells them of a local legend where every year a creature kills humans as trophies.

Despite laying traps and wounding the creature, they are picked off one by one until only Dutch and Anna remain. Dutch sends Anna to the extraction point and tries to by her time by engaging the creature. He discovers that he can’t be seen when he is covered with mud and uses this effective camouflage to battle the creature with homemade weapons and traps. They eventually battle hand-to-hand, with the larger, now unmasked, creature clearly having the upper hand. However, Dutch is able to lure him into one of the traps, dropping a large counterweight on him. The mortally wounded creature laughs hysterically and initiates a self-destruct sequence that triggers a massive explosion. Dutch narrowly escapes and is extracted, with Anna, on the helicopter.

He’s in town with a few days to kill.

When you battle a creature in a forest, apparently the most logical thing to do is transplant the creature into a city setting for the sequel. The stakes are higher because of the people around and the challenge is greater because the heroes are not hardened soldiers. In Predators 2 another creature comes to earth for some trophy hunting but this time he comes to Los Angeles.

Apart from the change of setting, Predator 2 follows the same formula. Instead of Arnold Schwarzenegger’s Dutch, the creature’s opponent is Lieutenant Michael Harrigan (Danny Glover). The team he picks off are Harrigan’s police unit, played by Bill Paxton and María Conchita Alonso. The female who the creature allows to escape is detective Leona Cantrell (María Conchita Alonso), not because she is unarmed, but because she is pregnant. Carl Weathers’, archetype character of the ‘guy who knows more than he is letting on’ is Special Agent Peter Keyes, played by Gary Busey.

As with the first, there is a final battle between the human team leader and the creature, which the human is somehow able to win. This time the creature has his arm cut off before he can self destruct, and Harrigan kills the creature with one of its own weapons. More of its kind emerge immediately and collect the body. They give Harrigan a pistol from the 1715, showing how long they have been coming to earth to hunt.

Predator was directed by Stephen Hopkins but had the same producers as Predator, Joel Silver, Lawrence Gordon and John Davis. It stars Danny Glover, Gary Busey, María Conchita Alonso, Ruben Blades, Bill Paxton, Calvin Lockhart and Kevin Peter Hall returns as the Predator. Predator 2 had over twice the budget if the first, with $35 million. It made its money back with a modest $57 million.

Write a hub of your own!

Whoever Wins… We Lose.

The much anticipated merging of the two franchises in movie form was realised in 2004, which is the year in which the movie is based. Commissioned by Charles Bishop Weyland from Weyland Industries, a team of scientists, drillers, mercenaries, and a guide named Alexa, investigate a heat signal that leads them to a mysterious and ancient pyramid that was below the Antarctic ice. The team discovers that for thousands of years Predators have been sacrificing humans to host and spawn Aliens for the Predators to hunt. The team awakens the cryogenically frozen Alien queen, who produces eggs containing facehuggers, who start implanting the humans with Aliens.

Predators, who had activated the heat signal to attract the humans knowing they would create new Aliens, arrive to hunt the new Aliens and humans. Eventually only one Predator and one human are left to fight the Aliens. They team up and eventually blow up the pyramid and then battle and kill the Queen. The Predator dies of its wounds and is claimed by other Predators who had just arrived in a ship. They give Alexa a spear in recognition of her warrior prowess. Unbeknown to the Predators, their fallen comrade contained an Alien spawn, and it explodes out of the Predator’s chest as the movie closes.

This Christmas there will be no peace on Earth

Aliens vs. Predator: Requiem was released in 2007. It effectively, or more accurately ineffectively, is a B horror movie with Predators and Aliens as the bad guys. There is even a scene where a teenage guy and girl are about to go skinny dipping, only to be attacked. It involves Aliens, Predators and humans battling it out in small-town America. In my opinion the movie suffers from a poor story, clichéd b grade horror movie characters, and the fact that it is so dark it is hard to follow. It somehow makes the first Alien vs. Predator movie look awesome. I assume Aliens vs. Predator: Requiem put the final nail in the coffin of the promising but ultimately disappointing Aliens vs. Predator movie franchise.


The story occurs immediately after the first Aliens vs. Predator. The ‘Predalien’ which spawned out of the Predator kills the Predators on the ship and cause it to crash in Gunnison, Colorado. The facehuggers and Predalien start attacking humans and spawning more aliens. A Predator, responding to the ship’s distress call, lands to start killing the Aliens and dissolving the evidence of their victims. During one of the battles it causes a power outage in the town.

Eventually Aliens takeover and a group of survivors make their way to an apparent evacuation point. However, some of the group suspect it is a trap designed to exterminate the Alien outbreak. They go to the hospital and battle their way to the rescue helicopter and escape as a military jet drops a nuclear bomb on the town. The blast kills the Aliens and remaining humans, as well as the Predator and Predalien who were battling to each other to death on the hospital roof top.

The helicopter crash lands but the inhabitants survive and are rescued by the military who emerge from the forest soon after.

They are the most dangerous killers on the planet. But this is not our planet...

Predators was released in 2010, and aims to be to Predator what Aliens was to Alien. It wisely ignores the Aliens vs. Predator movies, and to a large degree ignores Predator 2 as well. Robert Rodriguez produced; it has the signature Rodriguez, cost-cutting. A budget of only $40 million is unheard of for a name-movie, especially a sequel with an Oscar winner in the lead role. Predators features Adrien Brody, Laurence Fishburne, Topher Grace, Alice Braga, Danny Trejo, Walton Goggins, Oleg Taktarov, Mahershalalhashbaz Ali and Louis Ozawa Changchien. Nimród Antal directs.

For a Predators summary, read my Predators review hub. 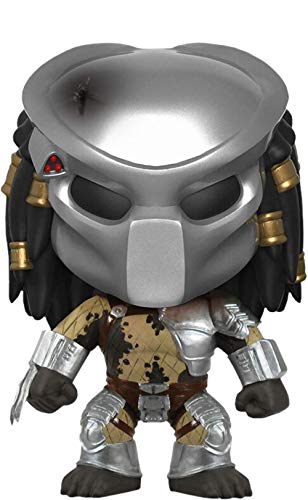 Leave a comment, or better yet - write a hub of your own!

I am based in New Zealand and enjoy writing about rugby, movies and music and am also interested in property investment and travel. I operate a rugby blog and a site dedicated to Tarantino movies and merchandise and contribute to a Property Investment Tips site.