Preparing for a Zombie Outbreak (Humour)

HubPages uses ads and affiliate links to pay its writers (in this case me). If you normally use an ad blocker, please consider turning it off while you are visiting this site. Thank you!

The Center for Disease Control recently announced that it has emergency plans in place for a zombie outbreak which made me realize that zombie movies have become more prevalent in that past 10 years. Is Hollywood trying to prepare us? Life often imitates art and, as a semi-reputable online source pointed out, zombie-ism isn’t just a chic new media trend. It’s a real-life problem.

I’m just not ready to deal with a zombie apocalypse, so I sat down with my beloved to discuss this serious matter. We needed a plan on surviving a zombie outbreak ... Suddenly, that online course in Emergency Management from the local college didn’t seem so frivolous.

Does it concern you that a zombie outbreak is an actual threat that the US government is prepared to deal with?

Step 1: Stop The Spread of Zombism

I explained to my beloved that all good emergency plans start with prevention. According to the semi-reputable online source, several factors could spark a zombie state; parasites, neurotoxins, rage-viruses, neurogenesis and nanobots …

Okay, we could include a generous supply of mustard to combat the parasites (Granma swore it flushed parasites out of the system) and avoid eating blowfish and mad cows (which my darling agreed was a very good idea), but those last two things are man-made and man-inflicted. We could move to a remote part of the world to prevent them, however it seemed a bit extreme. I mean, how would we survive without a Walmart grocery department?

Nope. There’s just some things a person cannot prevent. Being experimented on by minions of the New World Order just can’t be avoided in some cases.

The next step in our preparation was to look at mitigation. What could we do to lessen the impact of this disaster on us? Unfortunately, mitigation in this case meant preventing the spread of zombie-ism. I was a little stuck on this, so I had to rely on Hollywood wisdom and pack the machete my brother gave me for Christmas the year he did his tour in Afghanistan.

Step three was to tackle the task of preparedness. Easy-peasy. We already had a stockpile of canned goods, bottled water, flashlights and all-weather gear in case something less dangerous, like a flood or earthquake struck. All we needed to do was add some sturdy materials to barricade ourselves into the apartment.

That seemed sufficient preparedness if we were at home during an outbreak, however we needed to set up a meeting place in case our building was overrun, we were caught abroad or accidentally separated during a zombie outbreak.

Mainstay Emergency Food Rations - 3600 Calorie Bars (Single)
Don't be so hungry during the Zombie Apocalypse that you resort to cannibalism! Stock up now!!
Buy Now

(Hint: Have a back-up plan)

The most logical place to meet up was my brother’s since he and my sister-in-law already set up a bunker for the 2012 apocalypse. I figure one world-ending disaster is just as good a reason as the other when it comes to making use of an emergency shelter. Besides, the travel packs with our essentials were already there from that time I studied with Mormons and learned that salvation apparently started with home-canned goods and a properly prepared emergency backpack.

I made a mental note to include a bottle of mustard in each pack next time we were visiting my brother … and give him a heads-up about the machete thing. I’m sure if anyone could understand the necessity of having his head lopped off for the survival of mankind, my brother would be that person. Plus, he’d enjoy the irony. 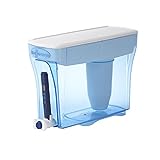 By this point in my planning, I was feeling pretty confident. My beloved had a thoughtful frown on his face, so I knew he was taking this whole thing as seriously as I was. I suggested that it didn’t seem appropriate for us to run amok beheading our friends and neighbours or make unnecessarily risky jaunts into the surrounding buildings to find other survivors. Perhaps the response and recovery stages should be left to the proper authorities in this event.

Are you ready for a Zombie Outbreak?

My beloved pursed his lips together and nodded. I knew that he would speak up if he had any helpful input. I mentioned my concern about how long it might take the authorities to get things under control enough for the streets to be safe again. I’d worked so hard to maintain the ritual of a daily walk and it seemed an awful waste if I fell out of the habit.

My beloved stared at his hands for a long time before answering. He was obviously considering all he knew about the local authorities, their resources and government response-time based on his experience with our local Member of Parliament, Service Ontario and a half-dozen phone calls to the immigration office.

When he had his thoughts together, he put a hand on my knee and gently reminded me that we were in Canada. It’s far too cold here for parasites or blow fish to survive for long. A rage-virus would bring about some severe passive-aggressive behaviour at most. Government funding for healthcare and research was so severely limited that none of the universities could afford to re-grow brain tissue and that the nearest nano-tech facility was in Waterloo. Nanobots would never make it past Toronto’s smog or through the Algonquin National Park to reach us.

My beloved then reminded me that even if by some insane chance a zombie outbreak reached us, I had my Tony Little Elliptical. With a little tweaking, we could even set up my favourite exercise machine to be a power source. This would make my daily workout doubly beneficial as I could literally take steps toward self-sufficiency in case the authorities took a while to get things under control. Genius!

With a sigh and a kiss to my forehead, my beloved has gone to go make us some lunch. I still need to iron out details for our Zombie Outbreak Emergency Preparedness Plan. There are supplies to buy, emergency contact numbers to update, routes to map, zombie movies to watch and take notes from ...

Episodes of Zomb-Eh? can be seen on YouTube.com. Merchandise can be purchased at the Zomb-Eh? Ghoul Gear Shop.

"My Undeadly" is a short video written and directed by "Zombie" Dave Reda. You can also watch his award-winning short, "The Horror of Our Love".