The Musical "Rent," the Stage Drama "Our Town," and Life Lessons

Playbill for Our Town

Interpreting English literature and plays scared the guts out of me in high school and college. Whereas my younger brother Jay easily perceived all sorts of patterns and underlying messages in stories, I rued the lack of the “literature interpretation gene” in my make-up. Happily, many subsequent decades of life experience plus exposure to naturally talented theatre and book elucidators have increased my skills. I now do not run screaming when I hear “theme” and “play” in the same sentence.

With the clear understanding that interpretation and personal opinion can be two sides of the same coin, I offer my understanding of similarities between the newcomer musical Rent and the as-relevant-as-ever classic drama Our Town. Also, if not apparent, I highly recommend seeing both! 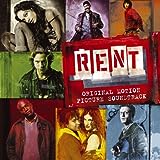 The edgy rock musical Rent opened officially in 1996. Taking a real downer of an opera, Puccini’s La Bohème, this show updates the plot by setting it in New York City and inflicting the pall of HIV/AIDS over the main characters. The story line is altered slightly, but enough to make it seem downright bright and cheerful compared to La Bohème.

The show stopping moment is the beginning number of the second act. Audiences soon became hip to the song which opens the scene and greet it with applause. The lyrics repeat the phrases "Five hundred twenty-five thousand six hundred minutes" (the number of minutes in a non-leap Gregorian calendar year) and “How do you measure a year in the life (of a person).” Since several of the main proponents in the show are HIV positive or experiencing full-blown AIDS, a year (or less) may be all that remains in their lives.

Please see the video below to enjoy the staging of the song “Seasons of Love.”

Act 2 Opening of the musical RENT

The Moral of the Stories

To me, both works urge us to a specialized carpé diem: seize each moment of each day to really see and savor the important people in your life (and concurrently, express that appreciation.) Why does that seem so difficult to do? Perhaps it is more of a challenge to those of use in western culture than in others? I have no answers.

Then consider the classic drama Our Town by Thornton Wilder. This powerful play follows residents of a small New Hampshire town, focusing on three dates within the lives of several characters. Act I occurs on May 7th, 1901; Act II on July 7th, 1904; and Act III during the summer of 1913. However, Wilder uses an interesting device: there is a narrator for the action who has prescience of events to come through about 1938, when the play was first produced.

The minimalist set helps current audiences avoid succumbing to a sentimental time-trip to the turn of the twentieth century which might distract them from relating to the common aspects of current twenty-first century life and those of the characters. The first two acts might appear as everyday soap opera material with a few wry side remarks by the narrator. Then, the third act punches the viewer in the solar plexus. One does not leave the theatre tapping her toes and planning to catch another performance before the run ends. This is a thought- and tear-provoking story. The critics thought so, too. Our Town won the 1938 Pulitzer Prize for best drama.

Rent won the 1996 Tony Award for Best Musical and Tony Award for Best Book of a Musical, the 1996 Pulitzer Prize for Drama, and several more awards. Obviously, it held timely messages for the adjudicating oligarchy. The major theme I receive from this show is a plea to cherish those humans around us because who knows when they will be gone forever. And, I cannot hear the above song without getting major goosebumps all over my arms.

The fine arts will never die. One can read a dry expository blog and easily dismiss it. In wonderful contrast, the visual, dramatic, poetic, and performing arts give us clear, preternatural vision and profoundly gore our hearts with truths we are only willing to hear when they are drawn out through the arts.