The Passage is the debut album by a folk metal band called Heathen Foray and they are from Graz, Austria! Yes, you heard that right. This is not your traditional Finnish or Swedish band but the vocals of Robert Schroll are similar to that of Jari Maenpaa. He will also mix in those low, guttural growls that fans are familiar with.

The first song called Fading Tree tells of the tales of Norse Mythology and how they had a great time in the woods even during the snowfall. I may have mentioned this earlier, but music has a therapeutic effect to it. Even in the times of snow and great darkness, the brave warriors would meet under the trees and praise the Gods. Northstar is a song about leaving one’s homeland seeking great wealth and treasure even if the strong winds are blowing.

A Tree Covered in Snow That Symbolizes the Song Winterking

Other Strong Songs Include Winterking and Fortress of Faith

Winterking has a different theme than what I have heard from folk metal bands. This is a song about a warrior that says he is getting old and tired but since hordes of foes are approaching, he must defeat them with his sword with the frost on the battlefield and the cold air hitting his face. What distinguishes a brave warrior from a weak one is that the brave warrior will fight for glory regardless of the weather conditions in his native land. Usually warriors that are described in many of these songs are brave warriors that are young and have lots of energy to fight. There is a break in the middle from that usual melodic folk guitar as the acoustic guitar provides us a time change that is reminiscent of what bands such as In Flames and Dark Tranquillity will do in their songs. The song Fortress of Faith features some guttural style vocals as well which you wouldn’t normally hear from a folk metal vocalist. The song is about warriors that win the battle but they lose their lives. In this song, the lyrics discuss the concept of shame as these brave warriors were supposed to survive to tell the tales of their bravery.

The song called Dragon’s Eyes is a tale or song about the fact that there is a powerful dragon that causes pretty much every warrior to perish because of the strength and influence of this dragon. Even though these warriors set out on a quest for gold and glory, it is expected that they will not return. This song is especially similar to Ensiferum in the guitar playing. However, on the second time listening to this album, I realize that Heathen Foray is an average band compared to those Finnish guys. The guitar play is not strong enough or impressive enough to match Ensiferum. the song Ancient Secrets sounds like the kind of song that the band Norther would write in their career. How is this the case? It is in the guitar style along with the thundering style of drums that Norther was famous for. Theatre of Battle is one of the strongest songs in this album in terms of the riffing. The song is about a group of brave men having woken up after a good night’s sleep and they are ready to go into battle with no fear on their minds. Another weakness of this album is the lack of varied lyrical themes. The last song called Wilderness Lore is about a warrior that is running through the woods to escape his past life as others are considered traitors and they are being chased by wolves. The others have discovered this man in the woods but he will never surrender.

Final Thoughts About "The Passage"

"The Passage" was an average folk metal album at best listening to this the first time through but upon further analysis, the album is better than average even if it does not match the musical greatness of Ensiferum. In music, it is not important to try and imitate other bands to prove that you are better than them. In music, the final product is the most important thing. If an album is catchy enough and the music fits in well, then that is more important. Sounding like other bands makes an artist not seem original. That is not to say that Heathen Foray is an Ensiferum copycat. They were just one of Austria’s newer bands and they are pretty good. Heathen Foray was formed back in 2004 and right away we can hear the Ensiferum influence in the songs Fading Tree and Northstar. In fact, the case could be made that Northstar also has an older Amorphis era influence as well.

Rate the Album The Passage by Heathen Foray

Cast your vote for Heathen Foray The Passage

A Map of Graz Austria Where the Band Is From 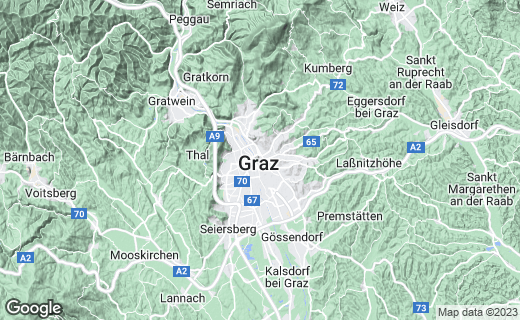