Some of the best rock music ever recorded was released in 1969. The year that brought us Woodstock and Altamont also brought a significant number of classic rock releases. A case could be made that 1969 was the best year ever for rock records.

By 1969, many bands that had formed within the previous few years were beginning to mature. Led by The Beatles and San Francisco psychedelic scene, artists were looking beyond the typical 3 minute pop radio song in search of more varied and meaningful music. Rock and roll always had country, rhythm and blues and blues influences. Now jazz and eastern music were being incorporated into the mix.

Bands also tended to be more prolific in those days. Several artists released more than one record in 1969 including Joe Cocker, Jefferson Airplane, Grateful Dead, Miles Davis, Creedence Clearwater Revival, Steppenwolf and Grand Funk Railroad. Here are a few of the most significant releases of 1969, in no particular order. 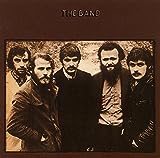 The Band: The Band

Music From Big Pink, The Band’s first official release, came out in the summer of 1968. It contained all the elements that made the group distinctive and influential: a blend of rock, folk, country and southern soul with songs that told stories, even if the lyrics were sometimes cryptic. These elements all solidified in the group’s second album, The Band, released in September, 1969. The sound seems distinctly Southern - even though four-fifths of The Band was Canadian - and of an earlier era. The mystique was supported by the album cover artwork and publicity photos of The Band.

The LP has The Band’s best known tracks, “The Night They Drove Old Dixie Down” and “Up On Cripple Creek,” though every song on the record is excellent. 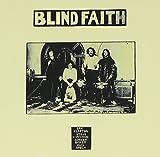 Blind Faith was all too short-lived; a victim of bad timing and the hype of being one of the original “supergroups.” The pairing of Eric Clapton and Steve Winwood had the potential to become much more. Still, this is a significant release. “Can’t Find My Way Home” has been covered by dozens of other artists, “Had to Cry Today” has overlapping, simultaneous lead guitar from Clapton and Winwood, and the overlooked “Sea of Joy” is soaring and beautiful. Some may find Ginger Baker’s “Do What You Like” self-indulgent, but it also has a 5/4 time signature and a guitar solo where Clapton is forced to play outside of his usual comfort zone. 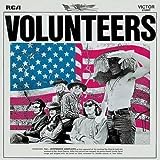 Arguably Jefferson Airplane’s best record, Volunteers was released in November, 1969. The lyrics frequently veer into 60s idealism - and why shouldn’t they? - but a sense of humor is often on display (listen to “A Song for All Seasons” or spend some time with the album cover), along with tight vocal harmonies and a couple of extended instrumental jams (“Eskimo Blue Day” and “Hey Fredrick”) that reveal some of the band’s full potential. “Wooden Ships” is best known as a Crosby Stills and Nash song, but I always preferred the Airplane’s version with the shared male and female vocals. 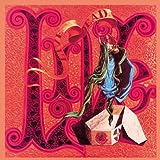 These days, there are countless live releases available from all eras of the Grateful Dead’s history, but in 1969, this was the closest you could get to the Grateful Dead concert experience without being there. The four album sides and seven songs document some of the best improvisational music of the psychedelic age. Live/Dead contains moments of brilliance, but perhaps only true deadheads will listen to all seven minutes of “Feedback.”

The Rolling Stones: Let It Bleed

There may not be a single best Rolling Stones album, but this is certainly in the top three. It’s bluesy, soulful, sexy and nasty. “Gimme Shelter” is one of the best rock songs of all time, due in no small part to Merry Clayton’s supporting vocals. Let It Bleed marks the end of the Brian Jones era and the beginning of the Mick Taylor era with the Stones and, symbolically, the end of the 60s and the beginning of the 70s.

There is little new that can be written about The Beatles or any of their releases. I like a couple of their other records better, but Abbey Road, their best-selling album, is a favorite of many people. “Something,” “Come Together,” “Here Comes the Sun” and the side two medley justify that opinion. “The End” features a few rounds of Paul, George and John taking two bars each on lead guitar. 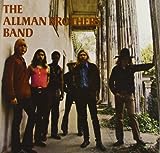 The debut album from this band is powerful, heavy, deep and soulful from the opening notes of “Don’t Want You No More” to the final fade out of “Whipping Post.” Their live shows became legendary, but this records stands on its own as a fully realized, 34 minute musical vision. Dual drums, dual guitars, rumbling bass and hammond organ never sounded better than in the Allman Brothers original line up. Southern blues steeped in swamp water, Coltrane and psilocybin. 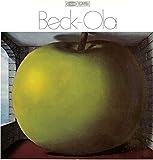 Additional records of note from 1969

Bob Dylan: Nashville Skyline - Not fondly regarded by many at the time, but one of the more interesting Dylan records, if only for the addition of Johnny Cash on a couple of tunes. It has stood the test of time.

The Who: Tommy - The Who’s fourth record, typically noted as the first rock opera.

Crosby, Stills & Nash: Crosby, Stills & Nash - Possibly, the best CSN record. Though they are not among my personal favorites, there is no denying their role in the California music scene and sound, in particular. The sum was always greater than the individual parts, except for Neil Young, who became the last to join and the first to leave. This record does contain some very nice songs; Miles Davis covered Guinnevere.

Santana: Santana - Their second release, Abraxis, is a better record, but the first LP and a strong performance at Woodstock put them on the map.

Led Zeppelin: Led Zeppelin and Led Zeppelin II - Long before Stairway to Heaven, Led Zeppelin was recording their own blend of English rock and American blues. Some regard these as their best records.

Frank Zappa: Hot Rats - It has its silly moments (album cover, song titles and lyrics), but it was on this record that Zappa’s serious chops as a composer and musician really came to the forefront.

Nicky Hopkins deserves an honorable mention for playing piano on Beck-Ola, Volunteers and Let it Bleed.

These folks either reached their peak later (or earlier) in their career or, at least in 1969, were overshadowed by many of the bands listed above.

Sly and the Family Stone: Stand!

Neil Young and Crazy Horse: Everybody Knows This is Nowhere

The list above should be reason enough to note the importance of 1969 to the history of recorded rock music. These records document an era before touring by private jet and arena rock shows became the norm. A broader overview of this time would include some of the year’s Motown, soul and jazz records. Regardless of your take on the culture and politics of the time, if you enjoy rock and popular music or musical history, 1969’s record releases should be spending some time on your turntable or in your iPhone.