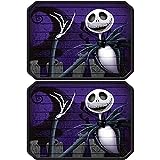 SlenderMan, the Slender Man in the Mind

He goes by the name Slender Man, The Slender Man, or compounded into a single word, Slenderman. He isn't real, but he just might be larger than life, this extremely tall, faceless humanoid in a suit. Well, mostly humanoid. He seems to have tentacles either growing from his back or tentacled arms, depending on the artist.

It's bad enough when two young girls lure their friend into the woods to stab her repeatedly and leave their victim to die, but to discover that their purpose was to convince a fictional character to make them "proxies" was beyond horrific!

Days later, a woman said her own daughter, 13, had tried to kill her. She suspected that her mentally ill daughter's fascination with Slenderman had played a role in the teen's decision. The young woman donned a white mask and hood before terrorizing her mom with a knife.

These two events awakened my curiosity about Slender Man and how a fiction story could be so easily believed by children who are at an age where they ought to be able to distinguish between fiction and reality. I started researching, and my queries turned up a third crime!

The tie to Slender Man is less notable in the Las Vegas attack by Jarad and Amanda Miller, but more deadly. The Indiana couple was noted for anti-government leanings and wanting to kill police. After ambushing two officers that were eating lunch, they draped a "Don't Tread on Me" flag and left a swastika. News reports mentioned that Jarad and wife Amanda dressed as Slender Man, but he also appeared in one of his YouTube videos dressed as the Joker from Batman. He has a Jack Skellington poster on his wall in one of his videos, too, so I personally do not think that the Slender Man motivated this crime.

The news reports that referenced Slender Man referred to something called creepy pasta, or creepypasta, and it seemed there was an entire subculture I'd been ignorant about! My research continued, and it turned up some fascinating information that got me thinking....

The word creepypasta and its predecessor, copypasta, come from mashing together a phrase we're probably all familiar with: copy and paste. The word copypasta was coined to refer to anything that was easily copied, pasted, and shared with others. You might say that Facebook and Twitter are feasts of copypasta: memes and anecdotes propbably outnumber selfies and original contributions.

Creepypasta evolved as an art form designed to instill dread, fear, or shock. Photos, videos, games, stories, and memes may all be classified as creepypasta as long as they originated on the Internet. While all of them fall into the horror genre, some are amusing and titillating, while some would be called disgusting by most of us.

Urban legends, beloved cartoon characters, deep symbolism, childhood threats, and primitive fears have all been used to create the creepy psychological effects you might have first experienced around a childhood campfire.

While I am not a creepypasta fan who thrives on horror genre tales, as a teen I loved this kind of stuff. Psychological thrillers and horror stories fascinated me. The Twilight Zone, Stephen King, and optical illusions seized my attention and set my imagination on fire.

Today, manipulating photos, videos, and sound is easy. Free or low-cost software can produce images that leave the viewer wondering, "Is that real?" Creepypasta is designed to get into the audience's mind, and sometimes it works.

Take a look at this fantastic video that highlights some of the ways this genre of Internet entertainment can thrill and scare impressionable minds.

Did your parents ever use a story to influence how YOU behaved?

Do you practice a religion that uses stories to teach lessons?

When someone claims that they committed a crime because they were influenced by a song, a story, or a celebrity, what do you think?

You might have noticed that the video's creator and narrator called attention to the fact that Slender Man, listed at #3 in his video, is a concept that goes back many, many years. This is not very surprising, really. Many of the creepypasta themes emanate from ancient myths.

The word myth means "story," and it is through myths that the human experience becomes meaningful. The earliest known myths attempted to answer the question of our origin:

Where did we come from? Why are we here?

1. To answer questions, as we just saw.

2. To teach important lessons. There isn't really a bogeyman, but many a parent has told stories about him to guide their children to behave in a certain way.

4. To explain rituals. In ancient times, slaughtering a lamb was a common ritual. At some point, there became a need to understand the purpose of this practice. Thus, stories about appeasing God protected the ritual.

5. To shape behavior. This idea is closely related to both #2 and #3. Myths, or "old wives' tales," often influence cultural norms. After World War II, for instance, men returned from the war to find their jobs gone, those positions filled by women who'd stayed stateside. The myth of the "ideal" American family, with 2.2 children living in a home where Mom baked apple pie while dad provided for his family, helped shape the 1950s and created ideals for motherhood that remain influential today.

6. To entertain. Who doesn't love a great story? Creepypasta is a natural evolution of the horror genre of entertainment, but comedy and literature have built upon (and stolen from) mythology since the dawn of writing.

Some people may distinguish between legends, stories, myths, and folktales. Experts probably have many other purposes for myths. I'm no expert on these fine points and it would be beyond the scope of this article to delve into these questions, but let's examine how creepypasta and in particular, the Slender Man, capitalize on mythology.

H.G. Wells' saga The Invisible Man, dates from the late 1800s but has endured over many years, evolving into a series of television productions, comic books, and more in the two centuries since he penned this "grotesque comedy," as it has been called. Early television series depictions of the Invisible Man look very similar to Slender Man.

Slender Man's creep factor is boosted by the idea that he stalks his child victims. In creepypasta tales, he generally doesn't kill his victims, or rather, it's left up to the audience's imagination to figure out what he does. This is almost scarier than an outright attack, designed to truly get into the psyche. In virtually every manifestation of the bogeyman, we see similar elements.

Der Erlkönig, translated either as "alder king" or "elf king," was a poem penned in 1782 by Johann Wolfgang von Goethe. In the poem, a supernatural being scares a young boy, whose father cannot see or hear the entity, who promises the child a life of luxury but turns violent when the boy refuses. On arriving home with the boy at the end of their journey by horse, the father discovers that his son has died during the ride.

Von Goethe's poem has been set to music many times and has become a permanent fixture in classical music. Der Erlkönig was based the a Scandinavian tale about the elf king's daughter in which Sir Oluf spurns an elven maiden who distracts him as he is riding to his upcoming marriage. In her fury, the wicked sprite hexes him as he resumes his journey. The next morning, his bride finds him dead.

It's easy to see that horror themes build upon one another and can take on lives of their own in popular culture. Slender Man seems to be a compilation of several such themes, taking a bit of this and a bit of that and rolling it into an idea that is a little bit familiar, but leaves enough of the unknown to allow the reader to fill in the blanks with his worst fears and most morbid fascinations.

Slender Man seems to have been derived for entertainment, but its elements are also quite similar to those of the bogeymen from around the world. Is it possible that his popularity among creepypasta fans is also shaping an identity for them or influencing their behaviors?

Slenderman and the Public Domain

What Slender Man represents is hardly new. Creepy, stalkerish types plaguing small children is more than just a fiction horror genre. It's a frightening reality, which makes it even more unsettling. There is always an element of powerlessness and vulnerability when it comes to children, and yet, many parents feel equally powerless when faced with tiny tyrants who cry, scream, beg, plead, and negotiate for their limitless desires. In this power struggle, many a parent has turned to the Bogeyman or Boogeyman for help.

Other boogeymen can be found throughout the world. Some have very descriptive features, but many are like the ones found above, vaguely described but quite terrifying.

You might think that with so many common elements, the Slender Man and the stories it spawned would be in the public domain, but that's not true!

Who knows whether Erik Knudsen was thinking of any of these folkloric creatures when he first posted the Slender Man. Using the moniker Victor Surge, Erik posted two photos to a forum thread devoted to creating pseudo-paranormal images, but his creepy photos, accompanied by mysterious captions, struck a nerve. The SlenderMan was born, and he became a worldwide sensation, prompting Knudsen into registering his copyright in 2010. (Read Adam Rosner's blog post to see the photos and captions. I can't reproduce them here.)

Taking steps to protect his ownership rights didn't prevent unauthorized renditions of Slenderman tales and memes, however. It also hasn't prevented spinoffs. If you checked out the link above, you might have noticed that the blog poster says his name is Adam, and that he is the creator of the TribeTwelve horror series on YouTube, which is where the idea of SlenderMan controlling the minds of his young proxies is fully exploited. The series intro clip claims that the video creator, Noah Maxwell, is posting a tribute to his recently deceased cousin, Milo Asher, but weird things happen....

Did you see Slenderman? Did you notice a symbol that appeared repeatedly?

The girls who tried to murder their friend (and yes, with friends like them, who needs enemies!) did it because they wanted to become Slenderman proxies. They wanted Slenderman to control their thoughts and force them to do these things, apparently. Or perhaps... they already believed.

Because that, my friends, is the nature of adolescent psychology - to believe, magnify, and experiment.