Is it possible that this cartoon, which we all watched and loved, was actually propaganda put upon us to promote communism?  These theories have been around for years.  Weigh the evidence for yourself.

Learn more about the Papa Smurf/Carl Marx similarities, and how Brainy Smurf is much like Leon Trotsky. Find out how Gargamel plays into it, and what's the deal with Smurfette...

So, the Smurf Communism theories usually kick off with a Papa Smurf/Carl Marx comparison.

The physical similarities are obvious...big bushy white beard. Papa Smurf dons the communist color red and is the leader of the Smurfs. He is the ultimate authority in the village. He makes the final say, and what he says goes.

In several episodes when Papa Smurf is not present, the Smurf Village's Utopian system destabilizes entirely.

The Basis of the Argument

The Concept of Smurf Communism

Every smurf looked alike - very little individuality. They were all blue and wore white pants and hats - which looked like uniforms issued to them. They all wore blue hats, except that is for their leader who wore red, a color commonly connected with communism. They acted as one unit, a united group. They even sang their song together wherever they went as if it were an anthem of unity.

Each Smurf had their job and did not question it. Handy Smurf, Tailor Smurf, Farmer Smurf, Baker Smurf, Poet Smurf. They stuck to their job exclusively. There was actually an episode where each Smurf tried to the job of another Smurf and failed miserably - a possible lesson in do what you are assigned or you will fall.

The Smurfs live in an egalitarian utopia. The village was certainly not a capitalist society. Everything in the village was shared. As soon as the harvest was brought in, it was stored away and evenly distributed to all the Smurfs as they needed it - an example of collective farming. Farmer Smurf never sold his goods at the market as there is no system of monetary exchange or even barter in the Smurf village. There was no competition - each smurf had a job - one smurf per job. No choices.

In the Smurf comics, Finance Smurf introduced a short-lived system of monetary exchange, based upon the gold standard. He introduces the system after he is exposed to capitalism by trekking to a town in order to retrieve some medicine. He is portrayed as being logically shortsighted; the system he introduces leads to corruption, poverty, malnutrition, and general discontent. In addition, the monetary system increased the danger to the village, as Gargamel wished and tried to seize the Smurfs' stockpile of coinage.

Your Opinion on Smurf Communism

Do you think there is any merit to the Communism Smurf theory?

Gargamel is the enemy of the Smurfs. At any given time, when you see Gargamel, he is plotting the demise of the Smurfs. At the beginning of the series, his plan was to boil the smurfs and turn them into gold. Gargamel was a capitalist. This portrayed of him implied that capitalists are greedy and put wealth above the wellbeing of others. He would do ANYTHING for money. Later in the series he was always trying to eat them, much like capitalists wish to devour the socialists, or absorb them into themselves.

Also, Gargamel's appearance and big nose may be an anti-semetic caricature of a stereotypical Jewish man.

Smurfs - The Inside Story 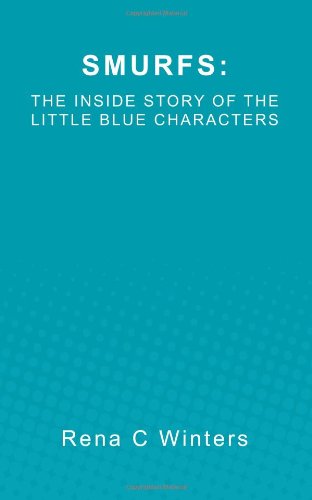 Smurfs: The Inside Story Of The Little Blue Characters
A deeper examination of the connection between the Smurfs, Peyo, and Communism.
Buy Now

The role of women

The Smurfs are all equal...except for Smurfette. Smurfette stands out as the only smurf that is not defined by an occupation or a personality trait, but simply by her gender. She is nothing but a woman. She is an outsider to the group and this is represented by having been created by Gargomel. Gargomel actually made Smurfette to be an evil weakness to the Smurfs...he said so.

The dimunitive suffix of 'ette' meaning 'little', also identifies Smurfette as being not the equal of the males. Smurfette does not even get the common last name of Smurf. We know this is not an issolated case as another female smurfling was being raised...Sassette.

Brainy Smurf, like Leon Trotsky, has round spectacles. Like Trotsky, who felt his intellectual theories of Communist society were superior, Brainy attempts to seize power in several episodes when Papa Smurf is away.

Azrael, Gargamel's cat, represents the worker in the ruthless, free-market state that is Gargomel's house. He is exploited by the his leader. He is of unequal status to Gargamel.

Azriel/Azrael means "Help from God" in Hebrew. In Islam and Judeo-Christian traditions Archangel Azrael/Ezra'il is the Angel of Death. (contributed by KCStargazer)

Well, I know something is going through your mind right now. So, go ahead and tell us what it is. Do you have supporting evidence, or anything to contradict the theory?

By the way, I don't necessarily buy into this theory, I am just putting it out there, so you can be better informed of what people are talking about. (So, don't get snippy). For me, it's all just a bit of fun.

Do you buy into any of these theories?