Some Great Live Music Videos on the Internet

Lyn grew up in a musical household and has a passion for popular music genres. Lyn has also studied Music at University in Britain.

Real live music, even when it is a recording has something very special, watching the guitarist reach for that tricky note, hearing the singer hold the tune, even at those difficult parts of the song and seeing how the band interact keep time and often how they are enjoying themselves. Enjoying the little live tweaks they add to enhance the performance. Often, even through the power of watching a recording the atmosphere can be felt and although at times the sound is treated to improve the recording there is something very special about viewing live performances.

I remember when lip-syncing started and how real musicians were particularly incensed when some “artists” began miming “live” to their music on television shows and even on stage. Indeed, sometimes it is the little idiosyncrasies of live performance that makes it so special. Here is a collection of some priceless live performance videos available to view for free on the internet.

Paul Carrick is a British soul singer who made his name with the group Mike and Mechanics from 1985 until 2004. Mike and the Mechanics was formed by Mike Rutherford of Genesis fame and their biggest hit to date was The Living Years written by Rutherford and B A Robinson and featuring Paul Carrack on lead vocals a role that he generally shared with Paul Young (Wherever I Lay My Hat). These days Paul leads his own band and I believe that Paul Carrack is hugely underrated as a ‘blue eyed soul’ performer.

Dancing in the Dark Bruce Springsteen 1984

Bruce Springsteen needs no introduction and this is from that great album Born in the USA and according to songfacts.com this was recorded at St. Paul Civic Center in Minnesota in 1984 and Dancing in the Dark was voted single of the year in 1985.

Okay, so this is the official video, but it is a highly charged live performance nevertheless. Check out the young Bruce and the risqué camera shots.

“I have seen the future of rock and roll, and its name is Bruce Springsteen.”

Dancing in the Dark

Child in Time is from the 1970 album Deep Purple in Time and I found this gem in recent months. The line-up comprised of Blackmore, Gillan, Glover, Lord and Paice and this video is particularly interesting because in this mark 2 line-up of Deep Purple the guys in the band and their audience look like students at a student gig. However, the talent just falls out of the screen as you watch and listen though. The vocal especially is superb. Check out the 1970's fashion, this video is an interesting social observation and I'm guessing that no-one in the audience was aware that they were watching a band perform live who were to become one of the worlds most influential bands.

If you have not heard of Fleur East before, check out her other videos on Youtube, Fleur is an industry trouper and a really good live singer and you’ll hear more of her for sure. Fleur first came to mainstream attention in 2014 when she competed in the British X Factor finishing as runner up to Ben Haenow.

In this video she performs Bruno Mars' and Mark Ronson's Uptown Funk, a track that she put her own mark on. Fleur also covered Jessie J's Bang Bang and Meghan Trainor's All About the Bass brilliantly, so check her out. 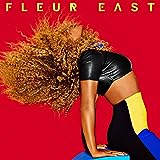 This is a live performance at Glastonbury 2010, I know there are many good Guns and Roses live versions of this track with the great Axel Rose on vocals, but there is so much good about this feel good version featuring Alter Bridge’s Myles Kennedy on vocals that I just have to share it here. Slash somehow seemed more humble at this Glastonbury gig and his musicianship really shone through.

These are five random choices from my favorites and other files on that video sharing channel, chosen purely for the quality of the recording and the real live feel of the videos. Some are old and some newer, you may need to think outside of your usual musical choice, but they all represent quality and musicianship. I hope you cranked up the volume and enjoyed them.