Songs You Should Listen To Part Seven 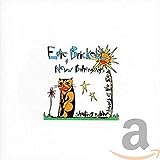 Edie Brickell and the New Bohemians, "What I Am"

Edie Brickell and the New Bohemians brought us this hippie folk art rock throw back in the late 80's and, even though to listen to it now the immaturity of the music and lyrics is evident, it still has a charm and appeal that will have even the casual listener singing along. The song, of course, is an angst ridden, radio friendly "fuck you" to conformity to feminine stereotypes and the groove is laid back and subtle. It's quirky and delightful and is rendered as a classic by the auto-wah guitar solo and ever so slightly off pitch vocal delivery. I'd bet that you've heard song before, but I'd also venture a guess that you've forgotten about it. Until now.

"Philosophy is the talk on a cereal box/Religion is the smile on a dog." 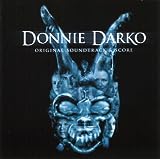 Echo and the Bunnymen, "Under the Killing Moon"

Ian McCulloch (presumably Echo) and his Bunnymen created terrific post punk/new wave tunes with all the flair, arrogance and snottiness of any good British rock band of the era. this song gained new life with Richard Kelly's break out 2001 cult classic Donnie Darko (which also introduced those of us who hadn't seem October Sky , to the perpetually boyish Jake Gillenhaal), introducing a whole new generation of angsty teens and snooty hipsters to the brilliance of British rock bands by bands not named the Cure. This is a terrific and timeless song an is used spectacularly in the film. I've included that version below. 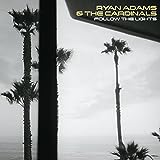 Ryan Adams, also known as the former Mr. Mandy Moore, has been creating genre jumping tunes since at least 2000. Impossible to pigeonhole, he is equally comfortable performing alt folk, alt country, rock n roll and simple ballads. This tune, a collaboration with his band The Cardinals, has a wonderfully soothing quality and reminds me in many ways of a masculine version of Tracy Chapman's brilliantly and painfully beautiful Fast Car . I like the ascending guitar riff, the smooth vocal delivery and the barely there percussion arrangement. I always repeat this song when it comes on my music player.

"If every second here is true/Our love is strong enough to guide the way and we'll walk through/Hands inside of hands, hearts inside of hearts/Like eyes closed, side by side and through." 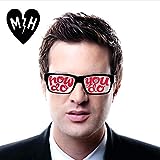 How Do You Do
Buy Now

I won't pretend I know who Mayer Hawthorne is and, am therefore, superior to you. I just discovered him during a performance on the Conan . I loved the sweetly smoothly 70's soul vibe of the tune, and his velvet voice (and, listen closely for a killer baseline). He's also a rapper, DJ, arranger, audio engineer and multi-instrumentalist. His appreciation for and ability to perform such a diversity of tunes makes him a must have in every record (do people still have those)/mp3 collection. Plus, the video is a take on the Brad Pitt/Angelina Jolie flick, Mr and Mrs Smith . Enjoy!

"Well your looks had me putty in your hand now/But I took just as much as I can stand now/And you can walk your long legs baby right out of my life." 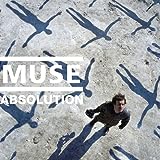 Muse, "Thoughts of a Dying Athiest"

I've heard Muse referred to as the greatest live band in modern rock. I don't know if that's true, but they're certainly one of the best bands now, or ever (Side note, I seem to be having an unintentional Brit rock theme going with this installment). This song has a super catchy hook but the lyrics are downright terrifying if you take the time to listen to them. The base and drums are insistent and driving and the guitar's high jangle almost contradict the lyrical content. Do yourself a favor, if you haven't already, and buy Absolution , the album this appears on. It's got everything from driving rock n roll to slow and plodding (in a good way) ballads.

"I know the moment's near/and there's nothing we can do/look through a faithless eye/"are you afraid to die?" 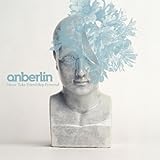 Florida's Anberlin was one of the first bands to really utilize social networks to build a following, getting signed and recording their first full length album less than three months after forming, due in large part to their massive Myspace following. During their career, Anberlin was one of the most consistent bands making music and really offer no surprises and very little musical growth... and that's a good thing. This song has some bitter connotations for me based on my ex wife, but, it's still a great song with an undeniable hook that you will probably be singing tomorrow. There straight ahead rock is infectious.

"But thoughts they change and times they rearrange i don't know who you are anymore/loves come and go and this i know i'm not who you recall anymore/but i must confess you're so much more then i remember." 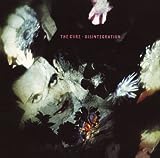 The Cure, "Pictures of You"

The Cure are the undisputed kings of mopey, goth, lounge, Brit rock with a hint of pop and no where does this sensibility shine then with the ultimate "missing you because you're far away" song, Pictures of You. Not only is this the Cure's masterpiece, it comes off the equally masterful Disintegration. Robert Smith has one of the most distinct voices in all of rock and the Cure, as one of the longest lasting bands from the early Brit goth scene, have evolved into one of the best band's in history. This song is a must have.

"Remembering you fallen into my arms/Crying for the death of your heart/You were stone white, so delicate lost in the cold/You were always so lost in the dark."

Sorry, the official video is blocked for imbedding 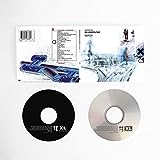 Radiohead has always been a little weird, but I liked them better before they got super duper weird-- before the stopped writing actual songs and just did loud noise experiments. This song and video are great. Still the best work they've done, all these years later. Not much else to say, so, I'll let Thom Yorke and Co. do the talking. Enjoy this one. It's fun. 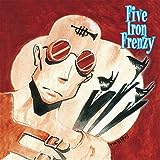 Our Newest Album Ever
Buy Now

Haling from Denver, Colorado, Five Iron frenzy was my favorite ska core band. They've recently reunited and they are a MUST SEE live band. Even though they're extremely silly and irreverent at times, vocalist Reece Roper is a friggin empathetic genius, commenting on everything from Native American mistreatment to gay bashing to Columbine (which happened just blocks from where the band practiced) to the struggles of being a poor rock n roll band. I've seen them live dozens of times and have tons of pictures I need to post of them on stage and of them and I hanging out. I'm not a big ska fan any more and you don't need to be either to enjoy this tune.

"You found them first, it made you stand apart, you know?/But then everyone jumped on the same bandwagon/Making you an average Joe/A lemming for the mediocre/You were just a plain old joker, status quo."

This band is best experienced live

He is Legend, "The Seduction"

Puppets. Loud, chaotic rock n roll. Puppets. Music for those only with healthy hearts. I give you, "The Seduction" by He is Legend.

"Hung from a wrecking ball/to see your fashion show/I think you know me well." 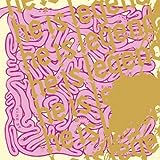 I Am Hollywood
Buy Now

How Many of These Songs Have you Heard?

Which of These Was Your Favorites?

Check Out the Rest of the Series Beginning With Part Six