In my first article about the great southern rock bands of the 70's (find it here if you missed it), we covered a lot of ground. But, the 70's were a time of change in popular music and no single article can cover all the great music that was born in the 70's. In truth, it would take an entire series to cover it all. I loved the music of that time so Part 1 and 2 of "Southern Rock Bands of the 70's" is my attempt to keep the music and memories alive for just a few of my favorites. Many of them are still touring today so watch your local venues and if you have the chance, go rock with them. It may have been over 30 years but...southern still rocks!

For now though, let's explore a few more of the great southern rock bands of the 70's. It may be a trip down memory lane for some and an introduction to some great talent for others. Enjoy!

Poco - Heart of the Night 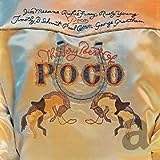 Poco is perhaps my very favorite southern band from the 70's. Back in the day, there was just something magical about their harmonies. Like many of the great bands of the 70's, Poco evolved from the break up of another great band. If you remember Poco, you might also remember Buffalo Springfield. Several members of Buffalo Springfield were launching solo careers in the late 60's and guitarist Richie Furay was no exception. Leaning towards a more country rock sound Furay joined forces with producer/vocalist Jim Messina and pedal steel player Rusty Young to record his single "Kind Woman". When Buffalo Springfield dissolved, Poco was born from the union of Furay, Messina and Young. The addition of Geprge Graham (drums/vcals) and Randy Meisner (bass/vocals) solidified the signature sound of perhaps the most consistent southern rock band in history.

From it's inception the band had its challenges. It began with a name change. Originally called Pogo after the comic strip character, the band was threatened with legal action by Walt Kelly, the creator of Pogo and changed their name. They officially became - Poco. After recording their first successful album (Pickin' Up The Pieces), Randy Meisner left the group. The second album resulted in the exit of Jim Messina. Both blamed Furay's control issues for their discontent. . Timothy B Schmit (of Eagle's fame) took over for Meisner and Paul Cotten was chosen by Jim Messina as his replacement.

After a series of producers failed to take Poco to the top of the charts, Furay left the band in 1977.

With all but one of the original members gone, Poco pushed on. If success was measured only by the ratings on Billboard's chart, then some would say that Poco failed. Their fans would agressively argue. From it's strange beginning to today, Poco has maintained a sound that is unrivaled by any other band. Still touring today, the band still plays to a packed house of loyal fans. Those of us who loved them then, love them now. Over the years, Furay, Meisner, and Messina have all returned for short stints with the band which is always a thrill for followers of Poco. To date, the band has over 25 albums to their credit, each consistent with that original country rock sound with tight harmonies and extraordinary musicianship. Like the title of their 13th album, this group is a legend in their time. Check them out. 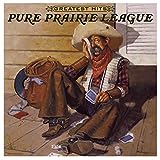 The faces and names have changed over the years but Pure Prairie League has proven that great songs are timeless. From it's early days as a cover band in Ohio this band built a following of forever fans. Still touring today, this band knows that you can change many things but the fans still want to hear the songs of the past. Attend a concert today and you will still hear Aimee, Pickin' To Beat The Devil, I'll Change Your Flat Tire Merle, and Early Morning Riser.

So, what made Pure Prairie League special? Perhaps it was the addition of an occasional flute or horn. Perhaps it was just their simplicity and commitment not to change for the sake of fame. This is one band that has remained true to its roots.

Founding members Craig Fuller, Tommy McGrail, Jim Caughlan and John Call named the band after a fictional character in a 1939 Errol Flynn movie. The band added depth to their image when the cover of their first album featured a Norman Rockwell painting of "Luke", an old cowboy. Luke's image graced the cover of all of the bands albums. A contract with RCA Records secured the band a spot as the opening act for many of RCA's top artists. Pure Prairie League, unlike many bands, wasn't born. It evolved.

In 1972, bass player Michael Riley joined Pure Prairie League. Riley became the front man for the band and, the heart-throb of every female fan. His entry into the group was not only an asset in talent and charisma but would also fill a gap left by Craig Fuller. In 1973 Fuller returned to Kentucky to face charges of draft evasion and was sentenced to six months in jail. RCA also dropped the band and their future was uncertain.

Unfortunately, contracts, line-up changes and health issues plagued the band and real fame and fortune eluded them. But, it did not stop them. Pure Prairie League still tours full time and is involved with several charity efforts. Fans still flock to their events and know every word to every song. This band deserves a place in southern rock history for being true to who and what they are. 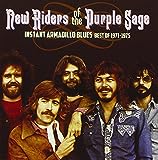 New Riders of the Purple Sage

Also known as NRPS, New Riders of the Purple Sage is easily one of the more renegade bands to come out of the 70's. This group is colorful to say the least. They emerged from the folk/psychedelic scene of the 60's to become one of the most renowned southern rock groups of the 70's. And, they are still going strong.

The current line up consists of David Nelson, Buddy Cage, Michael Falzarano, Ronnie Penque, and Johnny Markowski but let's take a look at some of the past talent that made this band a legend.

For much of the 60's and 70's, NRPS toured with and intermingled with The Grateful Dead. The partnership derived from the history and friendship between David Nelson and Jerry Garcia. The two bands played together so often that it was hard to see where one band began and ended. Although convenient, both bands suffered a bit of lost identity and in the late 70's both saw a need to go their separate ways. It was a matter of survival for NRPS.

1973 was the pivotal year for both bands. Jerry Garcia left NRPS to focus on personal interests and was replaced by Buddy Cage. NRPS released their signature album, The Adventures of Panama Red and the single "Panama Red" written by Peter Rowan went Gold. It would be the last of the bands real market success.

Fans and followers continued to support the band and the band continued to tour amidst a host of personnel changes. Full tour schedules through the 80's and 90's kept them fed but NRPS never achieved the fame they deserved. If you knew them, you loved them but you wouldn't hear them on your favorite radio station.

Some find it odd considering the band recorded over 25 first release albums and 12 compilation albums. Perhaps this group really was considered too renegade for mainstream but whatever the reason, NRPS knew how to rock a venue. In 1997, the band retired but as history has shown us, great bands don't just retire, they just slow down. New Riders of the Purple Sade has reinvented itself once again and is touring again too. They are a little older, maybe a little wiser, but they still know how to rock a room. With tunes like Panama Red, Dead Flowers, Friend of the Devil still on their playlist, you can't help but have a great time at one of their shows.

Clearly, I've only scratched the surface of great southern rock bands of the 70's. Looking back (yes, I was there), I am grateful to have grown up during a time when so many genres came together to form a genre we called southern rock. It was a bit of classic rock, a bit of folk, a bit of country, and a whole lot of talent. For the artists of the time, it was a time when some dreams were fulfilled and others fell apart. We were finding ourselves back then and it was evident in the music. For those of us who still love the sounds of that good old southern rock, perhaps we are still trying. For many of the bands of the era, I'm sure of it.

All of the bands we've looked at here and in part 1 are still playing music. They have aged and the names and faces have changed but the music remains the same. It's nice to know that he music is now rooted in history and that through small venues, is still be introduced to a new generation. Watch your town news for announcements of these groups. Sooner or later, some old guys and gals are sure to show up in your area looking for some folks who know how to rock southern style.

And now, I'll leave you with one of the most rocking bands of the south. Enjoy this taste of Molly Hatchet's "Flirting with Disaster". It could be the theme song for the journey of most southern rock bands of the 70's.