Spencer Tracy was a great actor, one of the finest actors in the history of motion pictures. He is ranked number 9 on the AFI's list of Greatest Male Stars of All Time and he was the first actor to win consecutive Oscars for Best Actor (for 1937's Captains Courageous and 1938's Boys Town).

Tracy did not have the appearance of a Hollywood leading man. Heavyset, lantern-jawed and with a bluff manner, from looks alone he could never be considered a conventional matinee idol, yet very few stars enjoyed greater success. He strengths were his unusual versatility, his consistency, and the seemingly effortless ease of his performances which made him a favorite of both audiences and critics throughout a career spanning well over three decades.

Spencer BonaventureTracy was born April 5, 1900 in Milwaukee, Wisconsin. He had a brother, Carroll, older by four years. He attended several different elementary schools but when America entered the First World War, he interrupted his education in spring 1917, in order to enlist in the Navy, but he remained in Norfolk Navy Yard, Virginia throughout.

After High School he attended Ripon College where he joined the debating team which he enjoyed and he then appeared in a leading role in a school play and decided on acting as a career. He went on to study at the American Academy of Dramatic Arts.

His first Broadway role was as a robot in Karel Čapek's R.U.R. (1922), followed by five other Broadway plays in the 1920s. In 1923, Tracy joined a stock company from White Plains, NY. where he met a young actress named Louise Treadwell. They worked together often, fell in love, and were married in September of the same year. They were to have two children, John (who was born deaf), and Susan.

Tracy was a well-known womaniser and although he and his wife often lived apart, they never divorced, and he gave generous encouragement and support to her when she established the John Tracy Clinic, which has become a world-renowned center for families of children with hearing loss.

After some lean years playing small theatres Tracy made a major breakthrough when film director John Ford saw his sensational performance in the 1930 Broadway play "The Last Mile". He convinced Fox Film Corporation to hire him for his next film, a comedy about prison life, "Up the River" (also featuring a young Humphrey Bogart).

Tracy signed a contract with Fox and he and his family moved to Hollywood in late 1931. Over the next three years he made over 16 films and he learned his trade thoroughly, working with such established stars as Bette Davis and Loretta Young. Tracy made over 20 films between 1930 and 1935, mostly for Fox, and some 'on loan' to other studios.

He felt he was becoming typecast in tough-guy roles and when he was offered the opportunity in 1935 to join MGM, he seized it gratefully. MGM was able to offer him parts with real depth and which gave him a chance to demonstrate his acting ability. It was also about to make him a Hollywood superstar.

Once established at MGM Spencer began to show his full range of relaxed, natural acting skills, surprising critics and fans alike with his strength and style and the wide range of roles he was able to play. After some minor roles he starred in Fritz Lang's 'Fury'. Then in 1936 he earned the first of nine Academy Award nominations -- a record for male stars -- for his work in the big-budget epic 'San Francisco'.

He was to spend over three decades under contract to MGM and during that time made over 30 movies for that studio as well as a few on "loan-out." During that time he developed great strength as an actor and always exuded calm authority. It was as if acting was second nature to him.

The Golden Age of Hollywood Movies

In both 1937 and 1938 he won the best Actor Award for his parts in "Captains Courageous" and "Boys Town". He was the first man to win the Award in consecutive years and his Hollywood star went into orbit. After 1939's Stanley and Livingstone, Tracy starred in the hit Northwest Passage, followed by Edison the Man. After his success in 1941's Dr. Jekyll and Mr. Hyde, he even topped Clark Gable as the number one of MGM's leading men.

It seemed as if he had the Midas touch. And indeed he did - in 1942 he met Katharine Hepburn.

Tracy was happily married to actress Louise Treadwell when he first worked with Katharine Hepburn in 1942's Woman of the Year. They went on to make all told, nine films together including Father of the Bride (1950, with Elizabeth Taylor); Bad Day at Black Rock (1955, with Lee Marvin); The Old Man and the Sea (1958) and Judgment at Nuremberg (1961, with Burt Lancaster). They very quickly became established as one of Hollywood's greatest pairings, and soon they began a romance offscreen which continued for the remainder of Tracy's life.

Neither would discuss the relationship publicly but it was clear they lived for each other, yet Tracy, a devout Catholic, refused to divorce Louise.  It was a more sympathetic age and they were tactfully left alone by the gossip columns and so, for 25 years until Tracy's death in 1967, they were able to carry on their affair in secrecy. It could not happen today.

Tracy had never been greatly health-conscious. He was something of a hellraiser, a confirmed womaniser with bouts of alchoholism and suffered greatly from insomnia. During the last 5 years of his life he made no films at all apart from the one which he finished only weeks before his death, Guess Who's Coming to Dinner, with Hepburn.

He was hospitalized with a congested lung condition in 1963, and was forced to turn down roles in several films in the following years. In the mid 1960's Tracy's health worsened and he was diagnosed with diabetes, exacerbated by his alcoholism.

Spencer died at his Beverly Hills home in Los Angeles, California, USA of a heart attack after battling lung congestion on the set of Guess Who's Coming to Dinner. He died on June 10, 1967, only two weeks after filming was completed, and had often commented on how he was hoping to finish the film before he died.

Ever the professional, well-prepared actor, Tracy gave such restrained, natural, seemingly effortless performances in his films that the audience forgot they were watching a performance. Of all actors Spencer Tracy seemed to become the character he was playing. He made a total of 75 films spanning his 37-year career. Spencer Tracy could do it all, and he did it better than anyone else before or since. 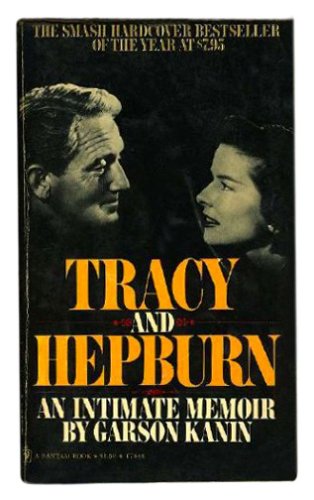