The first Splatterhouse came out in 1988 as an arcade game. It was one of the first Beat 'em Up games and also one of the first games where you essentially controlled one evil to fight another. The game was later adapted for theTurboGrafx-16/PC Engine in 1990. It has had great success and even spawned 2 sequels and a remake.

The game starts with Rick Taylor and Jennifer Willis taking refuge from a storm in West Mansion outside of town (locally referred to as Splatterhouse due to talk of disturbing experiments conducted there). Once inside the 2 are attacked by monsters which take Jennifer and leave Rick for dead.

Rick awakens a short time later having been saved by a mysterious mask (to become known as the Terror Mask) which has attached itself to him and turned him into a monster reminiscent of Jason Voorhees from the Friday the 13th films. Rick uses his new powers to make his way through the mansion and eventually find Jennifer.

Upon finding Jennifer, Rick is forced to fight and kill her as she has been mutated into a monster. Rick goes on to eventually destroy a powerful creature which causes the house to burn and the mask to shatter, returning him to normal. Rick leaves the mansion and the mask is shown to reassemble itself and laugh.

Three months since the events of the first game and Rick still mourns the loss of Jennifer. The Mask returns to Rick and tells him that Jennifer can still be saved if he will wield its power once again. Rick dons the mask and sets off to the cursed mansion. Once there he fights through hordes of monsters and eventually saves Jennifer and leaves with her. 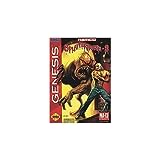 Five years after the events of Splatterhouse 2, Rick and Jennifer have married and now have a son named David. Rick has all but forgotten the Terror Mask and the events connected to it and become a successful business man with a mansion of his own.

Again the mask returns to Rick as monsters led by "The Evil One" invade his mansion and kidnap Jennifer. Rick eventually saves Jennifer but then David is kidnapped whom he must also save. Eventually Rick defeats "The Evil One" but the ending is left dis ambiguous due to the 4 possible endings.

The remake was released in November 2010 and features all 3 of the original games as unlockables to play through. The story is very similar to the first game but with some minor changes.

This time Rick and Jennifer go to the mansion to meet with Dr. Henry West, a renowned parapsychologist, for an interview. Again monsters attack and take Jennifer while mortally wounding Rick. Rick lays bleeding on the floor and suddenly he hears the Terror Mask speaking to him. It convinces him that together they can save Jennifer and stop Dr. West.

Rick pursues Dr. West, not only through the mansion but alternate dimensions and times. Eventually we learn that Dr. West is trying to resurrect his wife Leonora (who bears a striking resemblance to Jennifer) by sacrificing Jennifer to "The Corrupted", old, evil gods trapped in another dimension.

Rick eventually stops Dr. West and defeats one of "The Corrupted", saving Jennifer. Having saved Jennifer, Rick assumes his deal with the mask is done and tries to remove it but a stray spirit managed to possess Jennifer before the corrupted portal closes. It is assumed this spirit was that of Leonora.

In Splatterhouse 1, 2, & 3 Rick looks a great deal like Friday the 13th's Jason Voorhees. This varies slightly from game to game but the major changes to his appearance come in the 2010 remake.

Rick's newest incarnation is that of a hulking, muscular, and very much shirtless monster. One can assume this was done to distance the character from Jason Voorhees.

Producers Dan Tovar and Mark Brown have been quoted as saying they would love to see a movie happen. As of yet there seem to be no immediate plans for a movie but I for one think this series has everything it takes to translate into a great movie.

Imagine if Friday the 13th collided with the resident evil games...you would have Jason hacking and slashing his way through hordes of monsters just because they were near him. Well now give Jason a goal...something to fight for(like Jennifer) and you have the makings of a GREAT movie!! Vin Diesels "Riddick" from Chronicles of Riddick is proof that everyone loves a good anti-hero.