Star Trek Books: Dreams of the Raven - A Review

USS Enterprise gets called away for an emergency of another ship and the whole errand of mercy soon becomes a struggle for survival, as they are attacked by so far unknown aliens. For their similarities to the birds, the humans start to call them "Ravens". And the situation becomes even worse, when McCoy cracks his head, and after regaining consciousness can't remember last years of his life. The rest of the book is his "journey" to remembering while the crew struggles with the loss of their good Doctor, as well as Spock and Kirk struggling with the loss of their friend, who is there, and yet isn't.

And having a book, where McCoy loses his memory and retreats all those years back, when he wasn't even interested in joining the Starfleet, definitely interested me greatly. Because Leonard Horatio McCoy is simply awesome, no matter how old his mind is, isn't he?

The thing I liked the most about the book is that without his memory loss, McCoy probably wouldn't be able to help with the "Ravens", as the McCoy we know "forgot" the memory the Enterprise needs right now (and that would be very unlucky, since that would mean the end of things as we know them in Star Trek).

It's also interesting trip into what McCoy was before he became that bitter divorcee we all know and hopefully love, with all his "Dammit, Jim, I'm a doctor, not a...!"

No. 5: What I disliked about the book?

I found it a bit difficult to believe that the McCoy we knew from the series or the movies would be intimidated by Spock - ever since these two met, they were exchanging barbs and masterfully insulted each other - and the "younger" McCoy would become intimidated by the half-Vulcan? That doesn't make much sense to me. Meek and McCoy never seemed to go together - until I found this book.

Don't misunderstand me - he's not meekness personification, but he sure is a lot meeker than his usual self. Regaining of his memory seemed a bit like deus ex-machina in some parts, too. Got to love how the amnesia always retreats when you need your memory back the most.

I would recommend this book to everyone who would like to read more about what Bones could be, if he didn't get bitter over his divorce (which also had been caused by things 'this' McCoy had no idea will happen in the future, and he obviously didn't even meet his future wife yet) and thus didn't end in the space.

Also to everyone, who would like to see McCoy as a charmer, and those who like bitter-sweet romance endings, for the ending of this book is exactly like that.

3 stars for My Rating 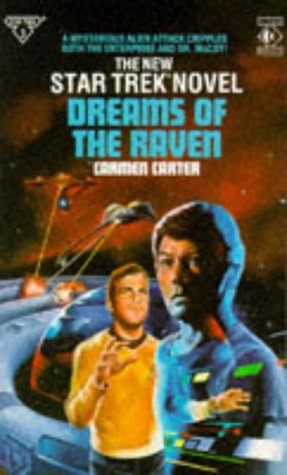