An introduction to classical music 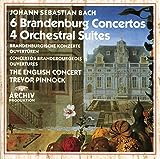 Baroque music is characterized by its polyphony, meaning numerous musical lines, which gives it a very rich musical texture. It ranged from about 1600-1750 and is the period in which composers truly came into their own as artists for art's sake. The music of Johann Sebastian Bach and Antonio Vivaldi probably represent the era best. I would suggest Bach's Brandenburg Concertos 1-6. In my opinion these gems are Bach's most readily enjoyable and easily accessible music. This performance was done by The English Concert, led by Trevor Pinnock and featuring period instruments. This gives the concertos an authentic sound, just as Bach and his listeners heard them.

Vivaldi's Four Seasons are four violin concertos that respectivley represent the mood and feeling of each season. You'll recognize the spring concerto immediately, it is one of the most familiar pieces of classical music. Of the four concertos summer and winter are my two favorites. This performance is also by The English Concert and Pinnock. 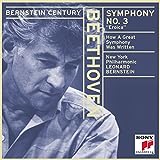 Though most people usually designate all orchestral music as classical this isn't quite correct. Technically classical music falls somewhere between 1750-1815 and represented a break from the highly ornamented and harmonically rich music of the baroque era. The classical composers instead opted for clean lines and put emphasis on order and structure. The classicists admired the art and architecture of classical Greece, with its eye for perfect balance and proportion. It is these perfect or "classic" forms that they sought to create with their music.

Ludwig van Beethoven and Amadeus Mozart are two of the most recognizable names in music and they are firmly seated within the classical period. It is difficult to simply make recommendations about the music of these composers without also writing something about their brilliance and genius, but I will have to refrain from doing so - there just isn't enough space here. However, there is plenty of information available on the web about any of these composers, if you feel inclined to learn more.

Moving on...It is so difficult recommending just a few of Beethoven's works because there are so many worth listening to. So I'm going to recommend two of my personal favorites - his 3rd 'Eroica' Symphony along with his 5th Piano Concerto (please note that this isn't "Beethoven's 5th" that people refer to often - that is his 5th Symphony, which everyone's heard). With Mozart it is also very difficult to narrow down the best introductory pieces of music to start with, but you can't go wrong starting with the crowning achievements of his symphonic legacy - the 40th and 41st Symphonies. These performances, conducted by Leonard Bernstein and the NY & Vienna Philharmonics, are superb. 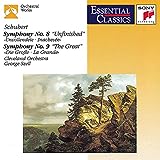 The Romantic period in music (1815-1850) was noted for its heightened passion and expressiveness. This artistic movement sought to break free from the constricting rules of the classical period, favoring instead the artist's emotional response to the human condition, nature, the mystical, the macabre, the fantastical.

For the most part romantic composers didn't establish new forms of composition. Instead, their hallmark was the infusion of human emotion into music in a more expressive way than had previously been done. No longer was a piece of music written as an "ideal" entity - something separate from the composer. The composer's mood and aesthetic purposes were written into the music. It is for this reason that Beethoven, along with Schubert, has often been seen as standing astride the classical and romantic periods.

Hector Berlioz and Franz Schubert are good representatives of the Romantic period. I think Schubert's 8th Symphony is a great example of a work that was written with classical order and structure in mind, but thematically exhibits the dramatic boldness of the Romantic era. Schumann and Grieg's Piano Concertos transport the listener to romantic heights with the sweet lyricism of the slow andantes juxtaposed between their fiery openings and their crashing finales. 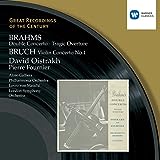 The Post (or Late) Romantic period ranged from roughly 1850-1900 and continued the traditions of the early Romantic period with a few added elements. One important feature was the nationalistic tendencies that were present during the second half of the 19th century. The cult of indivualism that grew out of the early romantic era helped create a desire among the populace to throw off the oppressive oligarchies of the past and redefine themselves as nations. Thus, composers sought inspiration and succor in the people, landscapes, and traditional folk melodies of their native cultures.

Post-Romantic music was often very grandiose, with a flair for the dramatic, which the Tragic Overture by Brahms displays well. Tchaikovsky's 1812 and Romeo & Juliet Overtures show another feature of the Post-Romantic period - the development of the one movement orchestral suite or tone poem. These were given descriptive titles and, as opposed to a symphony, were written to convey a small or specific theme - much like a short story does. Rachmaninoff's lush and expansive 2nd Piano Concerto is probably his best loved piece and it gives the listener a sense of the vastness of his Russian homeland and people. 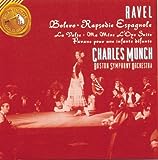 Music of the 20th Century

Many people find the music of the 20th century very difficult to digest. This isn't too surprising given that one finds some very disconcerting things - dissonant harmonies, atonality, strange and shifting rhythms, shifting meters, and the occasional use of bizarre instruments. But, even with these revolutionary musical developments many composers still adhered to some sense of classical structure as can be heard in Prokofiev's 1st Symphony.

Many composers also began wandering away from the secure centeredness of traditional diatonic tonality and into the lost land of chromatic atonality. Chromaticism (meaning many colored) and alternative scale modes were used heavily by impressionistic composers such as Debussy and Ravel. This type of music left the listener with an ethereal "sense" or "feeling" of something rather than a definitive idea of something as was offered by music from previous periods. Atonality, which lacks a "home key" or center, is another feature of 20th century music and is best showcased in the music of Arnold Schoenberg.

Another element of this period is the bombastic and disjointed nature of the music, which is exemplified well by Prokofiev and Stravinsky. It has often been stated that the nature of this past century's music was heavily influenced and coloured by the contemporary upheavals that occurred. The astounding carnage of the two World Wars left many in a state of anxiety that seemed to be enshrouded with emptiness and devoid of meaning. However, I don't mean to leave you feeling that this period of music is bleak and unworthy of exploration. On the contrary, I find most of it very compelling and original. Although it was the last period of music that I embraced I am very glad that I finally did so, with a little patience and open-mindedness I think that it will grow on you as well. 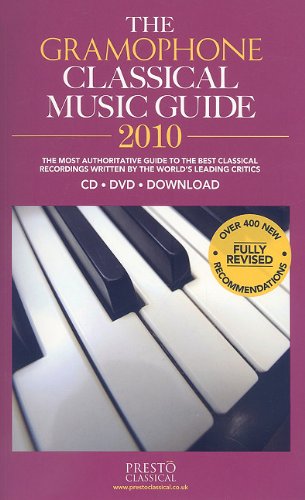 Rounding out your classical collection

I think these 15 selections provides enough material to get the classical music beginner started with building his/her music collection. It is by no means an exhaustive or definitive list, but rather my very subjective suggestions. To help you further develop your classical music tastes and enlarge your collection I suggest the books to the right.  These definitive guides give reviews and recommendations for the latest recordings as well as offering thoughts for the beginner on listening to and interpreting classical music.  I hope that you enjoy them and that you will develop, as I have, a healthy passion for the wonderful bounty that classical music affords us.

A Sampling of Some Great Symphonies