Summer in February is based on the true story of AJ Munnings, an artist living in Cornwall and part of the Newlyn Art school. This true and explosive story of AJ Munnings, President of the Royal Society, lay hidden in a private diary until after all the characters had died. A story uncovered in the diary of the local Estate Manager, Gilbert Evans.

The story is set around Lamorna Cove, where this love tragedy was played out nearly 100 years ago - it was filmed on location too, so you see the real location where the events took place.

Florence Edith Carter-Wood was a beautiful young woman, much admired and desired by the men, not only in the artist colony, but local residents too.

Originally a book, by Jonathon Smith, of the same name, the film is an adaptation focussing on the complex love lives of not only these three central characters, but also Laura Knight’s unrequited love for Munnings, Laura's husband Harold's jealousy and Harold's feelings for Florence.

A tragic love triangle between Alfred Munnings, Florence Edith Carter-Wood and Gilbert Evans. A story played out between 1912-1914 and a story that's lain buried and hidden for 100 years.

Set between 1912 and 1914, the book, and film, Summer in February, are based on a true story. A story involving love, deprivation and tragedy and set in Cornwall in the golden era when the Edwardian artistic colony based in Lamorna Cove lived out the final days of their hedonistic and artistic life before world war one shattered their lives forever.

But Alfred Munnings and Captain Evans were to have their lives shattered as war broke out, splitting up the group and helping to hide the unspeakable scandal as people had other important events in their lives.

Summer in February is a disturbing and moving re-creation of what happened between Alfred and Florence and how their friend Captain Evans was the loser in love. It explores their turbulent relationship and the love triangle relationship with Captain Gilbert Evans that lead to Florence's tragic end. The Captain, who had fought in the Boer War, was not an artist, but manager of the Boskenna Estate in Lamorna, where the artist colony were living. The Colonel, who owned Boskenna Estate issued whimsical leases to tenants and many of the artists were living within the Estate.

What Happened to Gilbert Evans?

Gilbert Evans met his future wife, Joan, in Nigeria, with whom he had two sons. Retiring in 1933 he returned again to Lamorna, where he died in 1966.

The film is based on Captain Gilbert Evans' original diaries, only discovered after his death, by his son David Evans. A previously untold story, now being brought to film 100 years after the events happened.

These diaries, written as events unfolded and days past, were never intended for public viewing; they were the private diaries written by a man in love. They were hidden from view, until his death, when they were discovered and read as his personal possessions were being sorted through.

The film portrays these three major characters with Munnings depicted as the mad canvas-slashing artist, Florence as the wife with depression, the inability of Munnings to understand his wife's depression and the estate manager who was a gentle and understanding man.

Born on 8 October 1878, Alfred Munnings met and fell in love with Florence Carter Wood, who was in Cornwall visiting her brother, a talented pupil at the Forbes School of Art, started by Stanhope Forbes. Florence was painted by, among others, Harold Knight in 1909-1911 - and finally decided, herself, to join the Forbes School and learn to paint for herself.

It was here that she met Alfred Munnings and, sharing a love of painting and horses, they married on 19 January 1912 in Westminster, London, but Florence realised she'd married the wrong man.

The True Story Behind the Story:

This story would never have been told except Gilbert Evans had kept a detailed diary, hidden away. After his death his son, David Evans, stumbled across the diary ... and started reading, uncovering his father's secret early life - a life he never knew his father had, it talked of love, betrayal, loss, hardship and tragedy.

The film Summer in February is based on the true life of Gilbert Evans and the unfortunate love triangle he shared with Albert and Florence, or Flossie as she was known.

Within the film there are many more shocking secrets, which I won't mention here as I'd not want to spoil all the fun of reading the book or watching the film. No film spoilers here!

Filming of Summer in February:

As the film was originally set in and around Lamorna Cove, the film crew went on location to make this film. Instead of using trailers, the actors were booked into the hotel where the tragedy unfolded and would spend their evenings in the pub next door, a pub frequented by the artists 100 years ago.

The hotel and the pub were both used by the original artists 100 years before.

The pub was The Wink and the hotel was next door.

The name, The Wink, is a nod back to the days of smugglers, when a wink would be used to communicate that contraband was available. 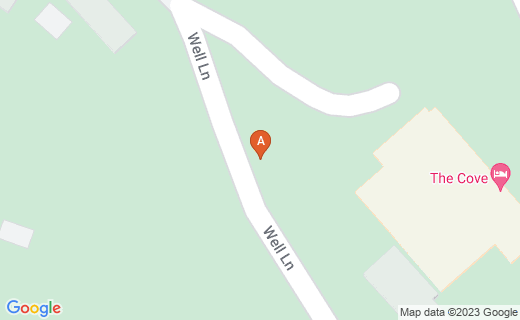 Dominic Cooper stars as Munnings in Summer in February.

Where was Summer in February Filmed?

In addition to using scenery around Lamorna Cove in Cornwall, the beaches of Holywell Bay and Porthcurno were used.

Go Horseriding on a Beach in Cornwall

Who Were The Newlyn School of Artists?

The Newlyn School of artists were a flourishing group at the beginning of the 20th Century. There were smaller groups who broke away from the main Newlyn School to form smaller groups based around other local spots. The wild and bohemian Lamorna Group included Alfred Munnings, Laura Knight and Harold Knight.

Munnings is now regarded as one of Britain's most sought-after artists.

Who Was the Victim?

If you've seen this film, who do you think the victim in all this was? 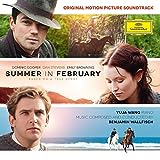