"Superstar", this title reminds of only one person in Tamil Nadu if not in India. That's Superstar Rajinikanth. A larger than life hero, he has kept up to the expectations throughout his career and remains to be one of the greatest entertainers of India.

Born as Shivaji Rao Gaekwad in 12 December 1950 in Bangalore India, he is a winner of Padma Bhushan in 2000 from Government of India.

He worked as a Coolie, carpenter and bus conductor before entering the film industry. He is student of Madras Film Institute and while playing a villain role in a mythological drama, his mentor, K. Balachander identified him.

As evident from the graph, Rajinikanth worked hard during 1970s and eventually kept his market hold by working in less but right films as the years progressed.

With about 40 years of illustrious career, Rajinikanth acted in 172 films. It is hard work to pick top films of Rajinikanth. Below is an attempt to highlight Rajinikanth's career through some of his milestone films.

With 55 films between 1975 to 1979, Rajinikanth has made a mark in Tamil cinema and grew from an artist with two scenes to prominent villain to hero to Superstar. Not just Tamil cinema, Rajinikanth made his presence visible in Kannada, Telugu and Malayalam as well making him a well known figure in South India.

Apoorva Raagangal (1975) marked the entry of Rajinikanth into cinema. The credit for this introduction goes to his mentor K. Balachander. This is an offbeat Tamil film which triggered controversy due to it's subject. However, it went on to win three National Film Awards including the award for the Best Tamil Feature.

Katha Sangama (1976) marked the entry into Kannada film industry. In a set of 3 short stories, Rajinikanth appears just at the last segment as a rapist, this is an experimental film made in new wave style.

His mentor, K. Balachander again takes the credit for his entry into Telugu film Industry through Anthuleni Katha (1976), which is a remake of Balachander's Tamil film. Rajinikanth plays a pivotal role in this film as a drunkard and a brother of lead character.

In his fourth film, Moondru Mudichu (1976), Rajinikanth plays a prominent role. He played an anti-hero role against Kamal Hassan while Sridevi is the heroine. This film is based on the Telugu film O Seetha Katha. This film has made Rajinikanth popular through his style of flipping the cigerette.

Though he went on to play villain roles in many other films like Baalu Jenu and Avargal, it's 16 Vayathinile (1977) which has got him a memorable villain role. Directed by the legendary Bharati raja, in this film Rajinikath uses his first punch dialogue 'Ithu eppadi irukku?'(How's that?). This just did not make his fans happy but increased his fan base.

Bairavi (1978) made him Superstar Rajinikanth

After his 25th release, Maathu Tappada Maga (1978) which is a Kannada movie, Rajinikanth acted in Bairavi (1978). This is the first Tamil film with Rajinikanth as a hero and this is the first film that gave Rajinikanth a name that will stay with him forever, 'Superstar'. Kalaipuli Thanu, who was one of the distributors of this movie in Chennai, came up with this idea to give Rajinikanth the "Super Star" tag.

Also, Vanakkatukuriya Kathaliye (1978) was the first movie which had an introduction song to Rajinikanth which eventually became a trend for all his later movies

Debut film of veteran director J. Mahendran, one of the few who brought naturalism to Tamil cinema, Mullum Malarum (1978) is critically acclaimed and has won Filmfare Award for Best Tamil Film and a special prize for Best Actor at the Tamil Nadu State Film Awards. This film is an adaption of a novel with the same name written by Kalki. In-spite of many oppositions, Mahendran persisted to have Rajini as Kali which eventually paid off. Rajini as Kali has won unanimous praise as is a breakthrough in his career as an actor.

Tiger (1979) marked his 50th film. He shared the screen-space with the legendary Telugu hero and later Chief Minister, N.T.Rama Rao.

Other memorable movies of this era are Ninaithale Inikkum (1979), the Tamil–Kannada bilingual Priya (1979), and the Telugu film Amma Evarikkaina Amma (1979)

With his entry and success in Bollywood, this era made Rajinikanth a national star.

Based on the 1978 Hindi movie Don, Billa (1980) was a big commercial success. This became the biggest commercial success of that time and ran over 260 days. All the songs were super hit, especially "My Name is Billa". It can be noted that, the current star hero, Ajit, remade this film in 2007 which is also a box office success.

The prestigious production house, AVM, stopped producing movies in 1970 and Murattu Kaalai (1980) marks their re-entry into Tamil cinema. This is also the first AVM - Rajinikath combination. Also, AVM has boasted that this film budget is the highest at that time for a Rajinikanth starer. This is on of the films in which S.P.Muthuraman revamped Rajinikanth's image. Though all the songs are huge hits, "Pothuvaka En Manasu Thangam" by Malaysia Vasudevan has been a cult hit till date.

Netrikan (1981) should have been a special film for Rajinikanth as it is K.Balachander's first production and is directed by S.P.Muthuraman.

Remake of 1979 blockbuster Hindi comedy film Gol Maal, Thillu Mullu (1981) in itself is a timeless classic. Directed by Rajinikanth's mentor, K. Balachander, this film had an ensemble cast and has broken the angry young man image of Rajinikanth and proved his versatility. It can b noted that his friend and competitor Kamal Hassan played a cameo in this movie.

Directed by the successful T.Rama Rao, Andha Kanoon (1982) marked Rajinikanth's entry into Hindi film Industry. This film is a Hema malini starer along with Amitabh Bachchan and Madhavi in an extended guest appearance roles.Dharmendra also played a guest role in this movie.

This was one of the most highest grossing films of that year and this was remake of Vijayakanth's Tamil movie Sattam Oru Iruttarai (1981). 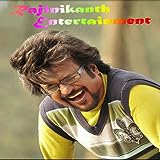 Rajinikanth with his superstar status, he played as himself for the first time in Anbulla Rajinikanth (1984). Both Meena's and Rajinikanth's acting in this movie were highly praised.

With 152 days run at box office, Nallavanukku Nallavan (1984) is a major hit. This film was directed by S.P.Muthuraman.

S.P.Muthuraman, the man who directed 25 of Rajinikanth's movies directed Rajinikanth's 100th movie, Sri Raghavendra (1985). This movie is from K.Balachander's production house, Kavithalaya. The film received tax exemption from Tamilnadu government. Though, the entire cast and crew made this devotional film with all their devotion including fasting during the shoot and in spite of appreciation received by Rajinikanth, this movie flopped at box office.

This era proved Rajinikanth to be undoubtedly the biggest Indian star.

Produced by Ashok Amritraj and Directed by Dwight H. Little, Bloodstone (1988) is the first English movie of Rajinikanth. In this movie, Rajinikanth plays a streetwise taxi driver.

Produced by G.Venkateswaran and directed by the legendary director Mani Ratnam, Thalapathi (1991) consolidates everything that Rajinikanth is. It brings out the extraordinary actor in Rajinikanth once again without missing his stylish dialogue delivery, fights, introduction song and an image of a growing underdog. This film also broke the mold Rajinikanth had at that time. This film is loosely based on the story of Karna from Mahabharatha. After this film, there is no turning back for Rajinikanth except for few glitches. Everything after this is a sensation.

A 175-day run, highest grossing in Rajinikanth's career at that time, Annamalai (1992) is a blockbuster hit. Once again under Kavithalaya productions, this film is directed by Suresh Krishna and music was by Deva.

Rajinikanth stars in a guest role in Valli (1993). Though this film has failed in box office, this marks the debut of Rajinikanth as a writer.

Another Rajinikanth, Suresh Krishna and Deva combination, Baashha (1995) broke the records set by Annamalai. Baashha just nailed it. It has everything a Rajinikanth movie should have. A celebrated introduction, a trustworthy, down to earth character in the first half, a powerful role change, punch dialogue and style. This has everything making it one of top films of Rajinikanth.

Another Kavithalaya productions movie, Muthu (1995) is a debut film for K.S.Ravikumar and Rajinikanth combination. The music was scored by the later oscar winning A.R.Rahman. Another film that nailed what is expected from a Rajinikanth movie.

This movie is not just a blockbuster in southindia, but also in Japan. This is one of the movie which significantly increased Rajinikanth's fan base in Japan. Muthu was dubbed in Japanese as Muthu Odoru Maharaja

Bhagya Debata (1995) marks the debut of Rajinikanth in Bengal.

Another Rajinikanth, K.S.Ravikumar, A.R.Rahman combination, Padayappa (1999) was highly successful at box office and broke most of his previous records. Another typical Rajinikanth film, Padayappa has an elaborate story and happens over a long period of time. This movie built on Rajinikanth styles and dialogues and took it to new heights. Ramya Krishna played an award winning pivotal negative role.

This film was initially 22 reels instead of 16 reels. Both Rajinikanth and K.S.Ravikumar did not know how to trim and it was Kamal Hassan who suggested the trims.

After a long gap, Baba released in 2002 among high expectations being a Rajinikanth, Suresh Krishna and A.R.Rahman combination. However this failed at the box office.

Not let down by Baba's failure, Rajinikanth came back with a bang with Chandramukhi (2005). In this movie, the superstar in Rajinikanth took a backseat. P.Vasu directed the film while not a top music director, Vidya sagar scored the music. Another surprise element was upcoming heroine, Nayanthara was paired with Rajinikanth. All these cut short the expectations and the film was a huge box office success running for 890 days.

This film was based on Malayalam movie Manichitrathazhu (1993). This film is an example of Rajinikanth's commercial movie acumen.

A movie cannot get big when it is AVM, Shankar, A.R.Rahman and Rajinikanth's combination. An out and out commercial film, Sivaji (2007) made all the Rajinikanth's fans happy. Though there were comments about certain aspects of the film, this is a huge success. Rajinikanth delivered an unbelievable performance throughout the film especially the songs. This movie really took Rajinikanth's style to new heights. On 12-12-12, this film was re-released in 3D.

While no one expected that a movie can get bigger than Sivaji, Enthiran (2010) released. Another, Shankar, A.R.Rahman and Rajinikanth combination, this is not a typical Rajini movie. It was India's most expensive film upon its release.

Enthiran did not have the typical introduction song and punch dialogues. However, Rajinikanth's performance is terrific and was much appreciated. A.R.Rahman's album was an international best seller. In the second half of the movie, the old villain in Rajinikanth was back and cheered the audience. It was a Rajini vs Rajini at the end. The way the songs were shot in the movie is breathtaking.

With such movies under the belt, Rajinikanth is all set to release another K.S.Ravikumar, A.R.Rahman and Rajinikanth combination Lingaa . The film songs are unique and fate of the film is to be awaited.